Faith or Void? They both turn up the heat on this classic Dischord split LP from 1982 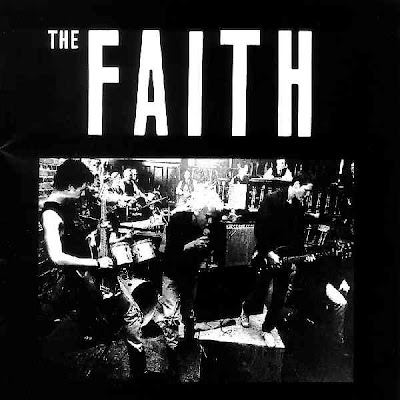 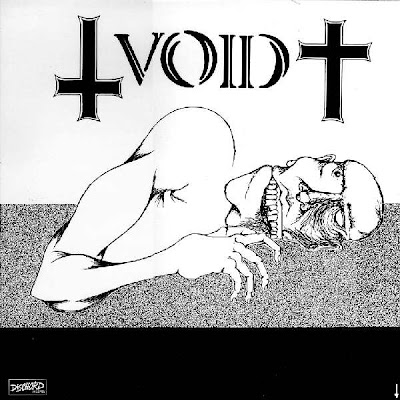 So sings the Faith's Alec MacKaye on "It's Time," one of many songs from both that band and the raucous Void that make up the sharp, mind-bending and thought-provoking split album from 1982 on Dischord Records.

If you switch the word "society" to "ears" in the above lyric, that's where Void comes into play. It's a rough-and-tumble, smash-and-grab punk-metal amalgamation that set the stage for many bands to come.

On the Faith side, you've got more subdued -- but still raging in its own right -- fare that I'm sure got the slam pit roaring, as well as digging into people's minds with the personal-politics style of lyrics that we all can relate to.

Whether you champion the Void side or praise the Faith, it's a corker of an album.

The following Void lyrics, sung by the wailing John Weiffenbach on "My Rules," sum up both sides of the album:

So now, we'll let Void bassist Chris Stover and Faith guitarist Michael Hampton take over with a Q-and-A session about the record and the bands:

* Give me a brief rundown of where you're at today: age, married (kids?), where you live, job, bands?-- anything else.

STOVER: Forty-something married man with two daughters living in San Francisco working in mobile software. I dabble in music, but not a full-time profession.

HAMPTON: I'm 46, married, have two daughters and live in Brooklyn, NY. I write music for a living, lots of television scores, sound a-likes, advertising, etc. Not in a band anymore, but trying to put something together.

* When you think of the Faith/Void album, what first comes to mind?

STOVER: Good times. A lot of things that a teenager at that day and age may have not had the experience of.

HAMPTON: I'm proud that 30 years later, people think enough of that band to ask questions like this! And I still like the Faith songs, I can remember writing most of them (what I was stealing from actually). 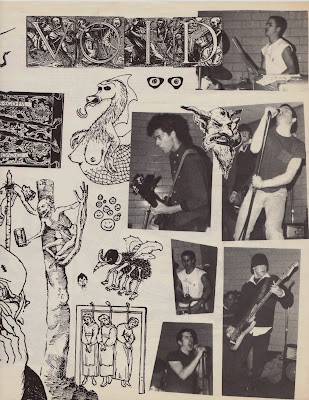 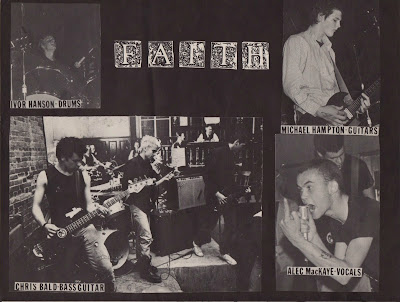 * It's solid from back to front, are you surprised that people still discuss it highly today? What makes this LP stand up after all these years?

STOVER: I think Kenny Inouye (Marginal Man) said it best, "Either you loved Void or you hated Void." I would guess it is the former that is growing, which is a good thing. Am I surprised? Yes.
I think that it pushes different genres, which is why it appeals to different audiences.

HAMPTON: I'm not sure. I'm glad people think it "stands up," there was so much great punk stuff coming out then. I'm really happy the demo recorded the fall before the LP came out this year as I always liked it better and it seems to be getting some critical respect.

* What are the highlights of the album from your band's standpoint?

STOVER: Listening to the album, you hear the growth of the mayhem.

HAMPTON: Well, I can only speak for myself, but it was a thrill to have anything released then. Keep in mind, we were in high school, didn't tour, barely had any equipment, etc. Song-wise, a highlight for me was "What You Think," one of the "newer" songs we recorded for the LP. The older numbers are better represented on the demo, I think. Honestly, can't remember much about the band's collective impressions of the record at the time.

* How do you feel about the other band's performance on the LP?

STOVER: I am biased because any band Alec MacKaye was involved in, I am huge fan. Add in Chris, Ivor, Mike & Eddie, it is hard not to love. That said, their performance is a singular sonic experience. As a band, we always admired that.

HAMPTON: Haven't listened to the Void side in years, but remember it as an Insane, extremely energetic performance that really didn't sound like anything else.

* Both bands are very different musically and lyrically and give the listener two sides of the punk coin-- does this matter in the grand scheme of things, or is it just great music to dig in to?

HAMPTON: I don't think the differences matter, unless of course you factor in the negative comparisons I've heard over the years. Musically, I think we were more rooted in English punk, the bad brains and California stuff. void were more rock or metal, or what would become metal, but I can't speak to Void's actual influences. 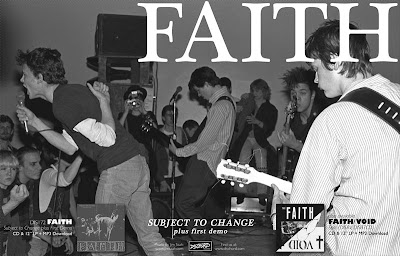 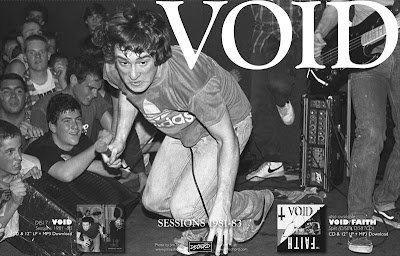 * Were Faith and Void close friends beforehand, and if not, did it bring the bands together in the name of this split LP?

HAMPTON: The way the split LP came about was interesting. We weren't friends with Void, although we were friendly, I think we had played together a couple of times. As I remember it, Dischord wanted to put out records by both bands, but didn't have the money to do so. Ian had the idea of doing the split and had to do some convincing. We weren't too thrilled by the idea, but at the same time we got to have a record out this way. In retrospect, we should have waited and done our own LP. I don't remember any new bond with Void as a result, but I'm pretty sure we played more shows together.

* Void has gotten a lot of attention in recent years for their style of music being ahead of their time and influential, do you think it's unfair that people often forget that the Faith side of the LP has some stellar tunes on it, as well?

STOVER: People I talk to usually say the Void/Faith record is a great comparison in styles. I don't think people forget about the Faith side at all. The new Faith release is on heavy rotation for me.

HAMPTON: I think Void deserve that attention, they were in fact, ahead of their time and influential. That said, I do think the Faith side has suffered from that attention and would have been better received at the time, and certainly historically, if we had each done separate records. If you listen back to back, the Faith side sounds a bit ordinary (although it has its champions).

* What was going on in your minds when you wrote the Void music? It's considered pretty groundbreaking these days-- did you have any kind of a game plan in mind?

STOVER: Hardcore provided an outlet for us to channel our rage and all the crazy hormones that were going on with us at the time. The game plan was to cause mayhem.

* Faith members would go on to make their marks in other important bands like Embrace and Ignition (and Rites of Spring when you factor in Eddie Janney later; Happy Go Licky and One Last Wish, as well)-- how important was your time in the Faith in pushing you forward? What were some key factors in making the Faith work well as a band?

HAMPTON: As far as Faith pushing us forward, I think we were all growing musically, and literally growing up. It was a very creative period for my friends and I-- we listened to a lot of different music and were influenced by it (although it doesn't often sound like it). The bands that follow were a pretty natural progression, and all of that stuff happened in a relatively short period of time. I think about mostly what DIDN'T  work in the Faith. It was a pretty "seat of the pants" affair, with some great moments of ram-shackled brilliance. We had some interpersonal problems (mostly myself and Mr. Bald), were teenagers (problematic by definition), in high school (16-17 years old) and had no equipment (no amps, just guitars). It's kind of amazing that we got it together enough to do what we did do (played CBGB's, recorded a bunch of songs, played with some cool bands, etc.).


* Do you still think about Void and Faith today? Do songs or riffs pop into your head when you're going about your daily routine? Was it a special time in your life when the Faith/Void LP came out?

STOVER: I think about Void more today because of the new release. Overall, I think more about the time and people. It most definitely was a special time. We got to play shows, travel some and hang out with a great group of people.

HAMPTON: I think about some of the songs. "It's Time" especially pops in my head. I actually wrote that riff when I was 13 as a "rock" song. Later, it was an SOA song called "Red to Black", I think, with a chorus "influenced" by the fantastic Enzymes, and that became "It's Time" in the Faith-- one of the only songs Alec wrote lyrics for; Chris Bald wrote the words to most everything else. I still remember how to play all the songs (and sometimes do). Attention: Faith cover bands. I can show you the weird made-up chords. 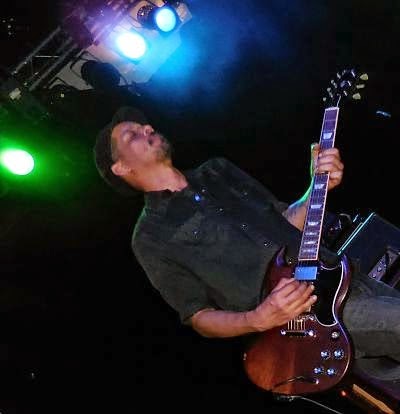