A look back and ahead at Bob Mould's 'Workbook'

I kept thinking maybe this wasn't meant to be.

My car was in the shop, so the Subaru clearly wasn't on board for the trip from the San Jose State University dorms to the Fillmore in San Francisco on May 20, 1989.

A buddy of mine in West Hall said he could drive a few of us, but his car was running ragged lately.

So, with a few free passes from KSJS tucked away in my pocket, we excitedly but reluctantly piled into his car and were off on that Saturday evening to see Bob Mould on his "Workbook" Tour with Peter Case and the American Music Club.

I was once friends with Mould and saw him about a dozen times live with Husker Du, but never in a solo setting, so this would be an interesting night. How would he handle playing in front of a crowd without Grant Hart and Greg Norton nearby? What would it be like for me to see Mould giving it a go? I was a bit nervous, myself, I admit. (Mould was backed by Anton Fier on drums, Tony  Maimone on bass and Chris Stamey on guitar.)

The car didn't run smoothly toward SF, but it made the trip. As we saw the buildings in the distance, we silently bowed down to the vehicle and were soon hitting the off ramp into the city.

And then a horrible thing happened: the car gave out and we were zigging and zagging through traffic, trying to get our ride off the road and us into a safe spot. We achieved that, but there was much more to deal with: helping our driver get his car to an auto shop, getting ourselves to the gig and finding a ride back home afterward and possibly a place to stay overnight.

Everything was sorted out, thanks to passenger Brian and his girlfriend, who lived in SF.

So, what about the show?

It was weird and cool and memorable -- and well worth all the car trouble.

Here' the setlist ... and oh yeah, I did get a bit emotional during the last three songs:

Sunspots
Wishing Well
Compositions For The Young And Old
Heartbreak A Stranger
Dreaming, I Am
If You're True
Poison Years
Sinners And Their Repentances
Lonely Afternoon
Brasilia Crossed With Trenton
See A Little Light
Whichever Way The Wind Blows
All Those People Know
Shoot Out The Lights
Hardly Getting Over It
Too Far Down
Makes No Sense At All 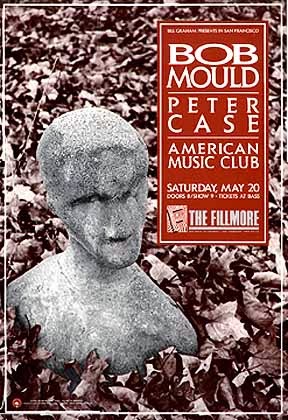 Mould's "Workbook" has remained embedded in the alternative music landscape for 25 years and Omnivore Recordings will re-release the album on Feb. 25.

According to a press release, in addition to the original album’s 11 tracks, the first disc of this 2-CD collection adds “All Those People Know,” originally issued as the B-side of the single “See A Little Light.” The second disc is Mould’s complete 1989 performance at Chicago’s Cabaret Metro.

The album will be available on vinyl for the first time since its original release, will be pressed on two LPs for sonic superiority and will also include “All Those People Know.” 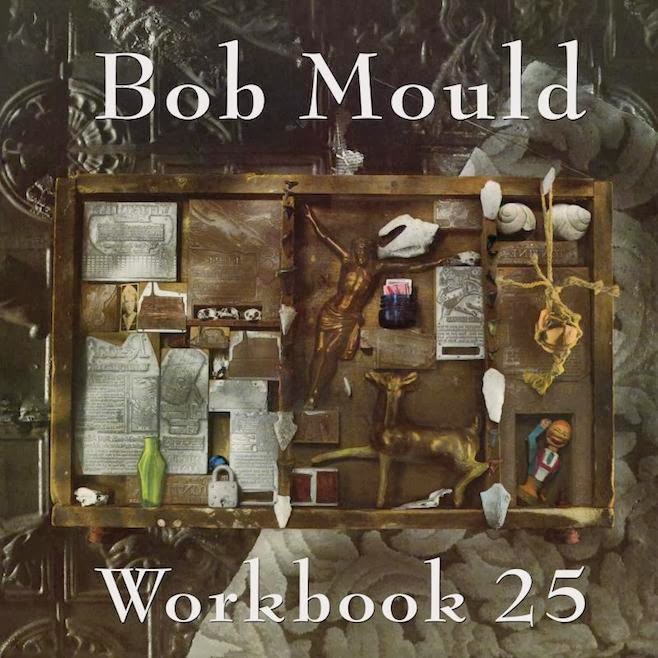 Joining Mould on the Workbook 25 tour dates will be his longtime bassist Jason Narducy and cellist Alison Chesley (both of Verbow).

“I’m so thrilled to be able to play these songs with Bob and Jason. 'Workbook' had a huge influence on me as a cellist and musician and totally informs how to play and write. It’s a huge honor," Chesley said in a press release.

"Old Town School of Folk Music sold out in six minutes. Chicago, I am humbled. Thank you," Mould wrote on his Facebook page.

Looking back on "Workbook" in his book "See a Little Light: The Trail of Rage and Melody," Mould writes:

"I was very aware that I'd been in a band that made a lot of great records and left a deep impression. I told everyone at the new label, please, no mention of my old band, no sticker on the record, let's downplay it. I was taking away my own ace card, the one thing that could have made it easier. I was starting over."

On creating the songs on "Workbook," Mould offers:

And to finish off this entry, here's my "Workbook" review from 25 years ago in the SJSU Spartan Daily:

MUSICIAN EXPRESSES EMOTIONS OF BITTER PAST ON SOLO ALBUM

For some musicians, writing songs can be a joyful experience.

In Bob Mould's case, a great deal of pain and anger is displayed on his debut solo album, "Workbook."

The 28-year-old singer/songwriter is no amateur when it comes to these emotions, as his former band Husker Du was enveloped in them.

After the trio's break-up in 1987, many stories of hatred within the band spread around the music world.

Mould has since put those Husker days and problems behind him, but some of the songs on "Workbook" reflect that bitter past.

This is hauntingly shown on the tracks "Poison Years," "Heartbreak a Stranger" and "Sinners and Their Repentances."

"I throw it all away (Don't talk to me no more)/ The more I think, the less I've got to say (I don't remember you no more)/ About these poison years; it's just a memory."

These words are matched perfectly with Mould's bracing vocals and musical arrangements to accentuate the dark feeling in the song.

His voice is also the most dominant force behind the album, and could rank as one of the most original ever submitted to vinyl.

On several songs, it's as if there is no set pattern in placing the vocals alongside the music; only that they will come out in some form -- frequently in shrieks of passion.

Another notable feature of "Workbook" is Mould's diverse guitar playing.

Like his vocals, he can go all out on one song and still bring everything to a whisper on another.

Ranging from the opening acoustic instrumental "Sunspots" to the chaotic finale "Whichever Way the Wind Blows," it's obvious that Mould is making his variety of personal styles known.

And it would seem this is important to him, as he is trying to make a name for himself alone -- not with a band.

On the melodic pop number "See A Little Light," he expresses this feeling of moving on:

"But look how much we've grown/ I guess I should have known/ As the years go by, they take their toll on you/ Think of all the things we wanted to do/ And all the words we said/ yesterday/ That's a long time ago."

While Mould is the centerpiece of "Workbook," there are some other musicians who lend their talent to the 11 songs.

For example, the biting cello work of Jane Scarpantoni and pounding bass lines by Tony Maimone blend in well on the songs "Dreaming, I Am" and "Lonely Afternoon."

Aside from the many highlights of the album, there is one weakness that causes a few of the songs to drag a little.

It seems that Mould tries to fit too many tempo changes into several of the songs like "Wishing Well" and "Brasilia Crossed With Trenton."

This is one minor flaw of Mould's initial solo sketchings in "Workbook," and he has plenty of time to perfect his tremendous musical ability.

And he knows that things will only get tougher as time progresses, as noted on "Whichever Way the Wind Blows":

"If ever you travel that road/ You better keep over your side/ And keepin' your hands on the wheel/ That be a long road to ride."
Posted by Andy and Cat Rose at 6:15 PM