Here's another solid Los Angeles Beat cross-post that ran on its website on July 31.

Every once in a while, here at LA Beat Central, a press release arrives in our mailbox that makes me feel we’ve found a friend we just hadn’t met yet. The knowledge that Superior Viaduct Recordings has not only reissued the Gun Club’s "Fire Of Love" and the Flesh Eaters’ "A Minute To Pray, A Second To Die" on LP and CD for the first time in over a decade, but also fashioned an LP around Crime’s three singles, with previously unheard studio tracks, all in the same week, gives me a lot of joy. These are primal recordings, important moments in the history of California music, and they need to be available to everyone in high quality at a reasonable price. The fine folks at SV are providing us nothing less than a community service. 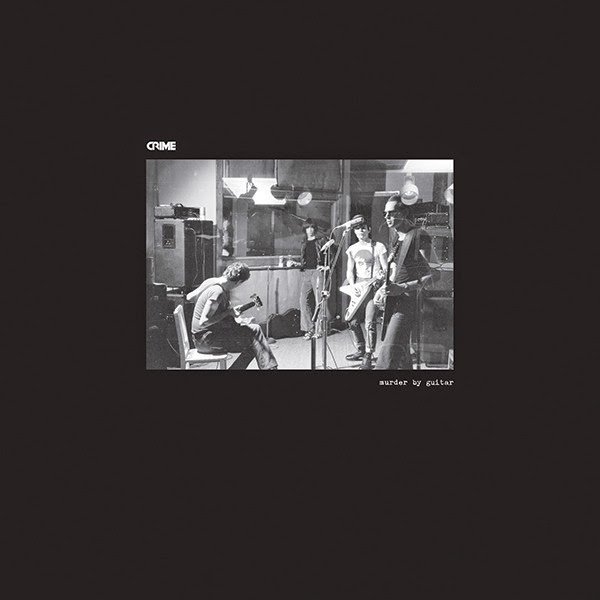 Crime, “San Francisco's First and Only Rock Band,” never released a proper LP in their time, and their classic singles of 1976-80 have never been out on CD or LP before this, though vinyl transfers have been bootlegged and cassette-grade copies of some other studio recordings have been issued a few different times on various labels. I’ve checked most of those out and there’s no question – "Murder By Guitar" is easily the best full-length Crime title ever released, the first one that sounds like it was mastered from actual master tapes. But it’s not just a sonic improvement on the same material that’s been out there – most of the nine tracks that appear alongside the singles don’t appear on any of the other releases I’ve seen, bootleg or otherwise. The performances of “Crime Wave,” “Piss On Your Dog” and “Dillinger’s Brain” here are much better than the previously released versions. “TV Blue,” a song I’ve never heard before, is a rare drop in the tempo, and one of the album’s high points. Their signature sound – restless, raw rock and roll in the vein of “White Light/ White Heat” with a taste for all things seedy and illegal – holds true through the entire album. But you can hear the band gradually evolving as players as the works get tighter and increasingly well-produced over time, climaxing with the nearly radio-ready sounds of 1980’s “Maserati” and “Gangster Funk.” 35 years too late is better than never, we finally have a Crime album worthy of the legend. 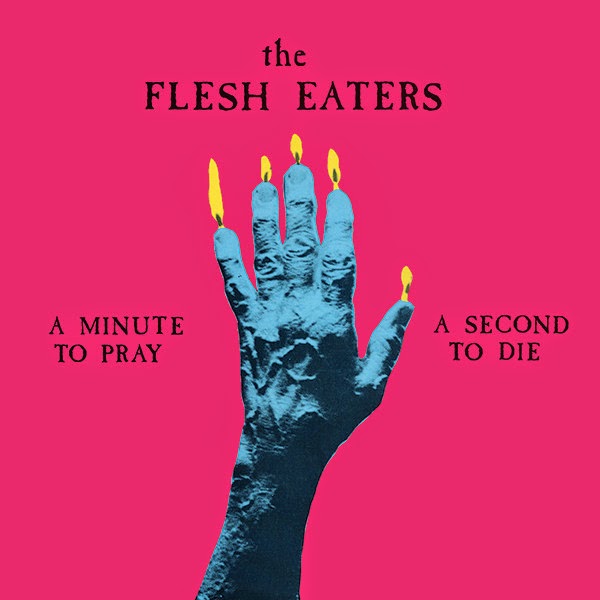 For their first few years of existence, the Flesh Eaters had no particular lineup, just singer and songwriter Chris D., plus some other people. The group’s first album had eight musicians playing musical chairs over the course of the sessions, mostly moonlighters from bands like the Randoms and the Eyes. For their second album in 1981, Chris D. pulled out the biggest guns he could find and created a true Hollywood All-Star lineup – John Doe and DJ Bonebrake of X, Dave Alvin and Bill Bateman from the Blasters, and saxophonist Steve Berlin, now of Los Lobos. It might be the single best musical use of an “all-star lineup” in the history of rock. For one glorious album, they sounded like nothing else on earth, a ripping, blues-drenched punk band that often gave the lead lines to the sax and marimba players. This is dense, sophisticated music that can go crazy at any moment, as when Alvin rips into a dark, damaging guitar solo on “So Long,” or when Chris D. decides to enunciate a particular word by howling from the depths of his being, as “Counting his chips” becomes “Counting his cheeeeaaaaaauuuurrrrrrrgh!” Lyrically, it’s as if Flannery O’Connor had a band, all fevered religious devotion, madness, desperation, death and the occasional flash of humor (Seriously, they have a track called “Cyrano De Berger’s Back.”) The shifty groove they achieve as Bateman and Bonebrake trade snare hits on “Satan’s Stomp” over Doe’s insistent bass line is one of the great LA rhythm section moments on record. Basically, it’s one of those things that I believe everyone should own and know, like "Thriller," but better. 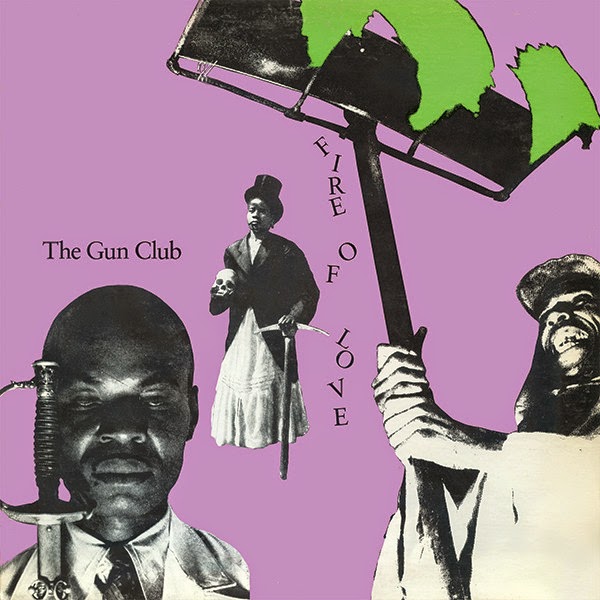 The Gun Club’s first album was produced by Chris D., who also did the cover art, and oversaw its 1981 release on Slash imprint Ruby Records. The two records don’t sound much alike, but if you listen to them back to back, you can sense that they’re kindred spirits. If anything, Jeffrey Lee Pierce takes the Flannery O’Connor thing to even further extremes, wailing about his desire to “be a Baptist preacher/ so I don’t have to work!” and “going to the mountain with the fire spirit” in a high, wailing moan, with a group of young rockers who are trying to play the deep roots of American music without being retro about it. Pierce was said to bring Marty Robbins records to band practice just to have guys look at the covers and vibe off of them rather than listen to them, and in his own songs, you can tell he desperately wants to be that guy singing “El Paso” or “Devil Got My Woman,” wants to evoke the feeling of those records without imitating their sound. They’re more literal in their references than the Flesh Eaters; you can really hear the effects of what’s going on in LA at the moment with references to the Cramps (via the “Human Fly” intro quoted in “For The Love Of Ivy”), and the Urinals (Cf: “Sex” vs. “Fire Spirit”), but mostly you hear old, indelible things like Robert Johnson, Elmore James, Hank Williams and Johnny Cash, all channeled through this one, utterly unique collective consciousness. It’s another un-missable release.
Posted by Andy and Cat Rose at 4:46 PM