Cat and I first witnessed All Eyes West unleash a ferocious set of indie/HC tunes that also heavily tread on melodic ground four years ago at the Kraken Bar & Lounge in Seattle.

We still discuss that gig today and always wonder when the Chicago band will grace our city again. Cat often has AEW blasting on her music device and we always mention the trio if someone asks us about happening bands.

So, when AEW's Justin Miller (vocals, bass), Jeff Dean (guitar) and Ronnie DiCola (drums) released their latest album, "Light Lightning," on Jump Start Records, we were elated. Turn that record up and get locked into a rocking, emotional journey.

Here's an email Q and A with Miller:


** What does the new album mean to you?

It means a lot, actually. We kind of went through a rough couple years, both as a band and individually. These songs came together during this time. Naturally, a lot of those feelings and emotions really came through onto the record. It was a tough album to bring together, in itself. SO… when it was finally all done, it just felt like some sort of souvenir, from a crazy trip! I hold this one close.


** What were your thoughts when you were writing these songs?  Did you think you had something special on your hands?

I wouldn’t say anything felt any more special than anything else we’ve done in the past. If a riff or an idea sounds good, we roll with it. I’m not sure that we’ve ever “thrown out” anything we’ve started jamming on. We just keep going through the song until it feels done. Some of these felt great from the start, while others took some time to tweak. 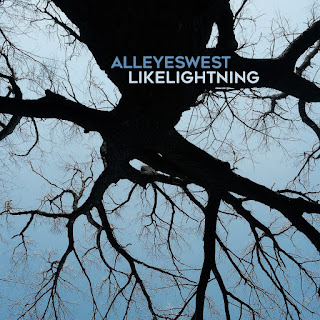 ** What makes being in the band special? What drives you to write and then perform your songs?

Being in AEW is special to me because of the people involved, both past and present. I’ve had way too many great experiences and made such great friends with this band and these people to have it just be another band for me. We’ve put a lot into it over the years… so yeah, I hold it dear to my heart.

As far as what drives us, I think I can speak for all three of us when I say that it’s just in our blood! Jeff, Ronnie, and I have all been writing, recording, and performing with bands since we were teenagers. I mean, I can remember being 9 years old with a guitar I couldn’t play, jumping around my room to Poison! I’ve just always had the bug. Finding out later, through punk music, that my friends and I could make it all happen ourselves… I was sold. So basically, this is what the three of us know. It’s what we do.


** How did you guys find each other? What do each one of you bring to the band that forms the cohesive unit?

Jeff and our first drummer, Rick Fast, had been talking about jamming together. Rick and I knew each other because our old bands had done some shows together and we’d hung out over the years. Rick suggested I join in on bass and we all got together and it felt great. Pretty simple. We recorded the first record with Rick, but he wasn’t really into touring, while Jeff and I were eager to be out on the road. We had a couple drummers touring with us for a while -- our pal, Jon Drew (Uncut), put in a lot of miles with us, Tucker Rule (Thursday, Frank Iero & The Future Violents) played on our second record. And then Ronnie DiCola (Arrivals) stepped up to fill in for a couple shows and wound up staying! Ronnie coming into the fold really put some new life into the band. We toured a ton and wrote the songs for what became “Like Lightning.” That’s where we are now and I think we’re at our strongest. I think we all bring our backgrounds, style, experience, influences, and personalities to make the band what it is. 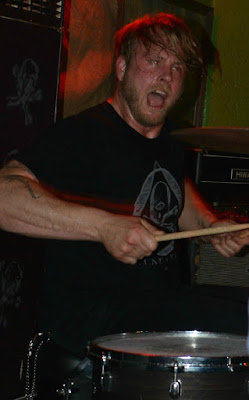 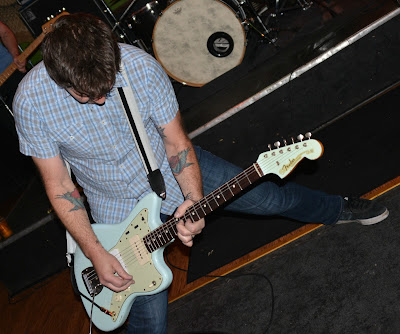 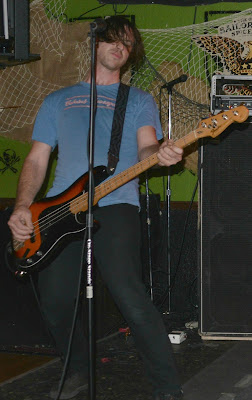 ** What keeps AEW rolling? Are you just as stoked on the recent album as you were the first one?

We love playing together. I mean, we’ve have had our ups and downs and all that. We’ve had shitty tours and we’ve had amazing tours. At the end of the day, we do it because we all love music and love playing in bands. Even a bad tour can have a rad show, or a memory you’ll look back on forever. We’re all getting older, but we still have that fire. We just try to do what we can, when we can and keep it fun! Plus, I just like hanging out with these guys.

I think I’m actually MORE stoked with “Like Lightning” than I was with the first. I love every recording for different reasons, I suppose. There’s something about this record that is special to me. The first one just kind of happened. We just kinda wrote it and threw it down real quick. This one felt more like some sort of journey or something. It took a while to happen, so maybe that’s why. It felt like some accomplishment for the three of us. I feel like Jeff and Ronnie killed it. I dunno, I think it rocks. I hope a bunch of other people enjoy it too!


** What’s the best piece of advice you’ve received from other musicians, and what would your message be for up-and-coming bands?

The best advice? Hmmmm…. Maybe it was more “words of wisdom,” but when talking about bands wearing shorts on stage, Cache Tolman(Rival Schools/Iceburn/etc.) uttered to us “Shorts can be nice, but you don’t wear them to the office.” I agree. Ha!

For up-and-coming bands… I’d say just do what you love! Get out there and see some shit, meet people, help people, be kind, be honest, and express yourselves with art or whatever. If it stops being fun… do something else! And I guess, don’t wear shorts on stage?