Getting rowdy with the Derelicts


Someone chucked an empty beer can on stage before the first chord rang out.

Derelicts singer Duane Bodenheimer glanced at the Rainier tall-boy as it skipped by him and rattled against the bass drum.

He smiled, shook his head and stared into the crowd. Apparently it was a fitting beginning for the raucous Seattle punk band that was about to get back into action for the first time in 22 years or so.

On Saturday at the Highline, screamer Bodenheimer, guitarist Neil Rogers, bassist Ian Dunsmore and drummer Donny Paycheck -- subbing for Ric Bilotti (RIP) -- ripped through most of their catalogue of tunes from the late 1980s and early '90s to a wild and appreciative crowd.

It was hot inside the packed club, but the Derelicts were even hotter.

The Lucky Boys, Last Gasp and The Tom Price Desert Classic got things rolling and the Derelicts took it from there -- in grand punk-rock style. TPDC's bassist Joe Kilbourne pulled double duty, supplying the low end on a few Derelicts tunes since he was the band's original bassist.

﻿
During TPDC's set, Price jokingly wondered aloud if the Derelicts could pull off a stellar reunion set. He also noted with a laugh that he lasted one practice as the Derelicts' drummer, but he was too "shitty" to hang with them.

For me, hearing the Derelicts crank out "Misery Maker" was a highlight since that was the first song of theirs I heard on KFJC radio in the Bay Area in 1990. While delivering court documents for my law-office job as a runner, I gave the gas pedal some extra juice while that song blared from the speakers.

Later that week, I snagged that 45 (backed with "Wash) at Paramount Imports in San Jose along with some other Sub Pop nuggets like 45s from Tad "Jinx/Pig Iron" and the Unsane "Vandal-X/Street Sweeper" and cassettes from Mudhoney and Green River. It was weird -- and cool, of course -- that there was a small music section amid the incense offerings, black-light posters and such at that store. I was also pleased with my selections because I was out to impress Cat (my new girlfriend then, and now wife), who introduced me to those bands.

So, here's some of Cat's Derelicts photos from Saturday's gig matched with quotes from the band and fans:

It's pretty fucking weird. It's really fun, it's kinda bizarre, but 22 years go by and we just picked up and started playing again. In some ways it was just like starting right over.

It was surreal, very surreal... awesome, though.
Just being on stage with those guys and we're all fucking still alive, cuz we've all been through a lot of hard stuff -- and we're still alive. I'm real grateful for that.

Tonight was great, and the first practice was really shitty; I haven't had to play that fast for a long time.

They're just really great longtime friends. It's so great that there's this kind of support for them. I'm just really happy and honored to be able to play a few songs.

At one point, I'd never thought I'd see Duane again. That is just such a huge victory. It's just amazing -- and he still screams like that... always blew my mind. 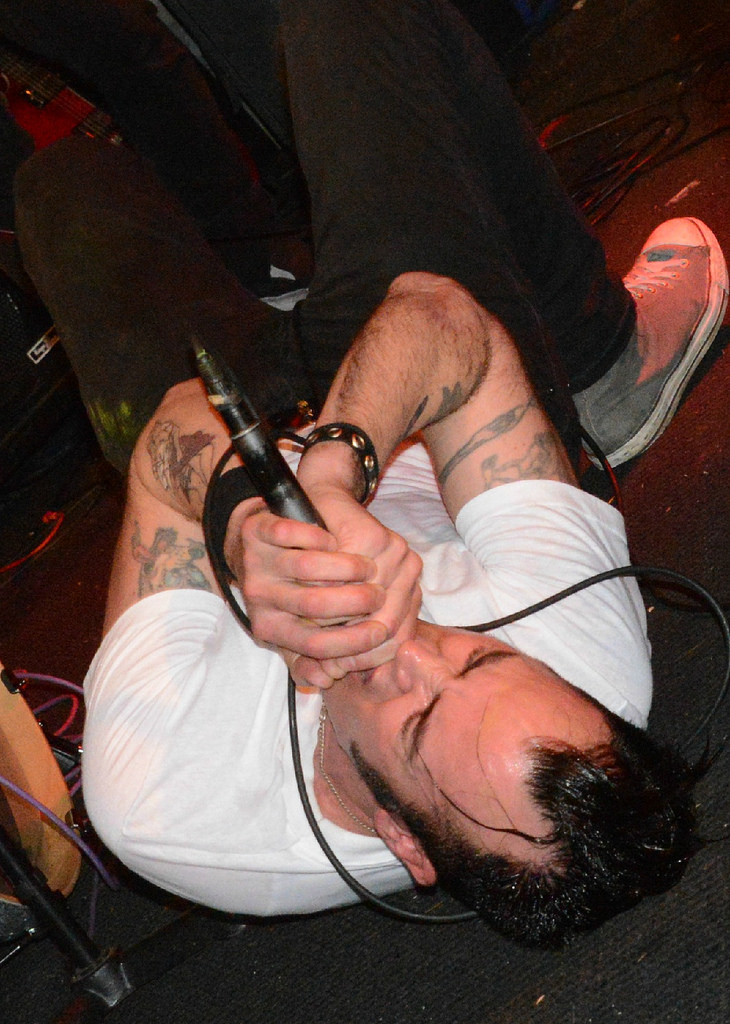 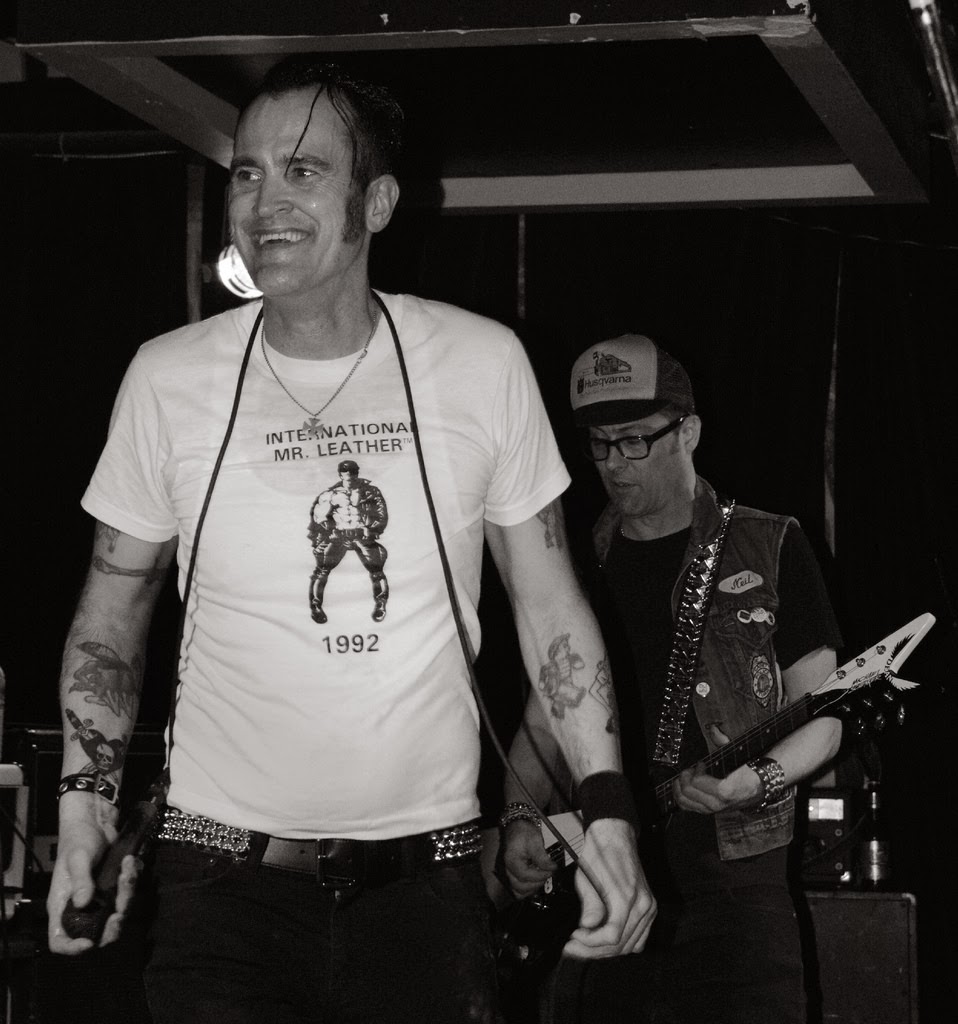 I actually hate my voice, I just try not to think about it. I'm kind of angry... I never got vocal lessons or anything, I just loved punk rock growing up. One of the first bands I ever saw was GBH, and I was like, 'I wanna be in a fucking band'... just started doing it. (There's) a lot of anger and hate, angst and childhood bullshit coming out. Most of my lyrics are just about real personal things. 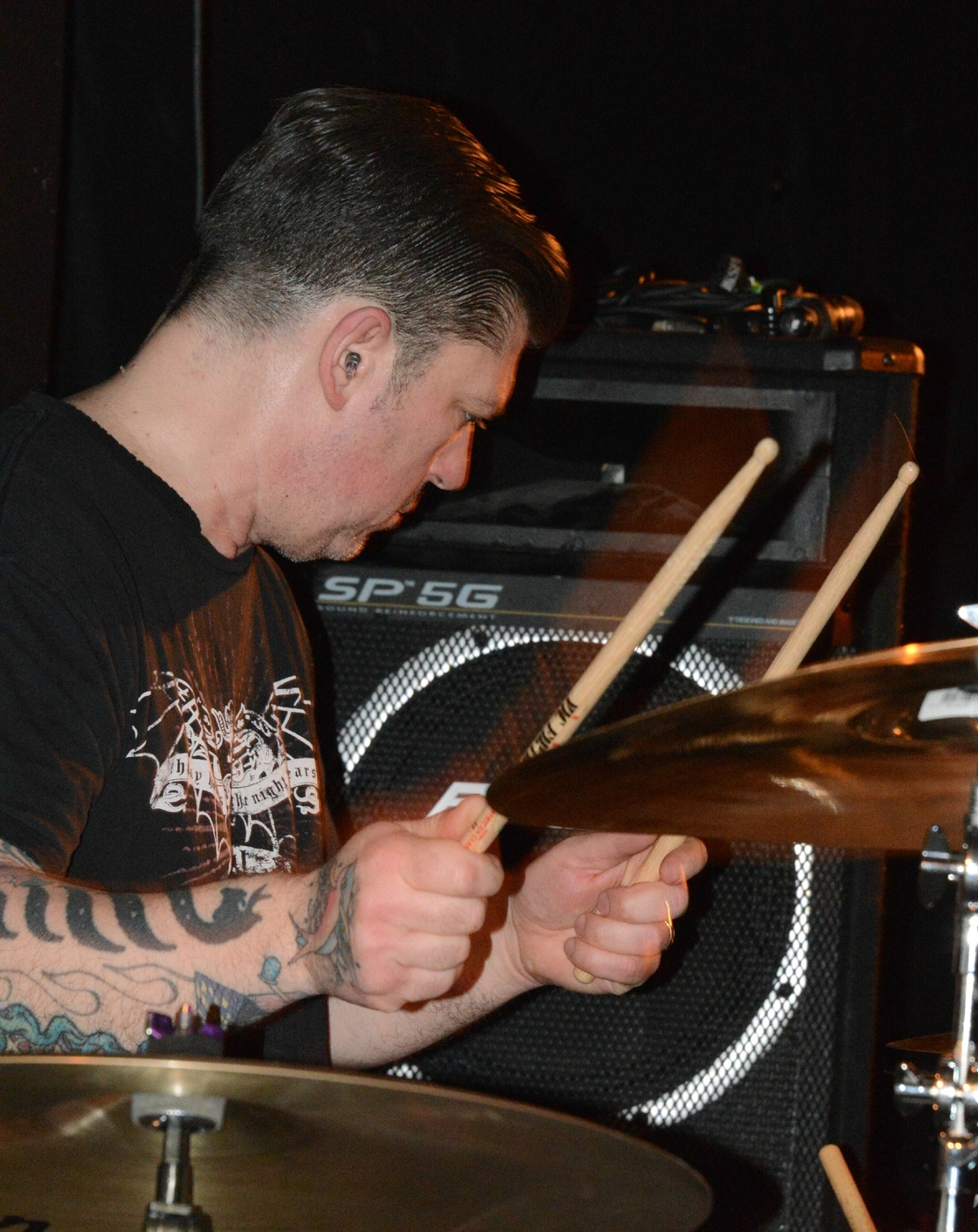 It was amazing, especially Donny on drums, he's just bringing it out of us, man. It was good and we wanna do more (laughs). I felt like I'd been waiting my whole life to do that.

Basically, where we come from is real American old-school punk rock. A little bit of faster hardcore, but I like to play a blues-based, punk-rock guitar. 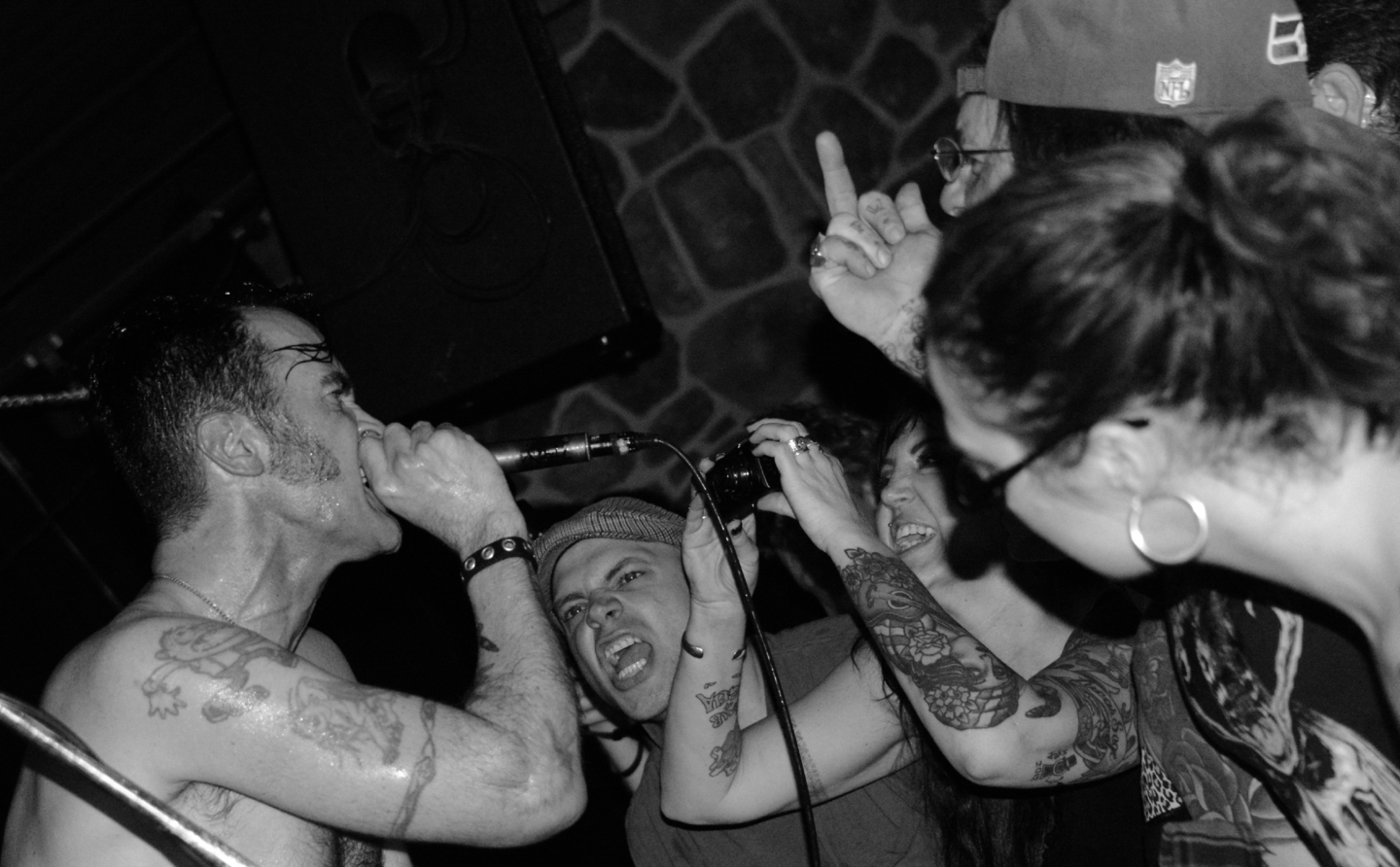 Erik Gidney, fan, first time seeing them because he was too young to get into clubs before:

Blew my mind... I love their bass player, and it was so rad seeing the old bass player up and seeing my man (Donny) Paycheck on the kit. I've always been a huge Zeke fan, and to have one of my favorite bands' drummer playing with a favorite band I never got to see -- was priceless.


Jeb Steel, saw the band about five times back in the day:

Just all the shows meld together at Washington Hall. Man, those were just the best shows I've ever been to... just pure mayhem. I remember toilets getting ripped out of the bathroom. (Bodenheimer had the) full-on punk mentality, but did it with style. It wasn't just run-of-the-mill-type stuff -- it was unique.

(Steel's wife, Angela, recalled seeing the Derelicts with Mudhoney at the St. Joseph's Church cafeteria. A punk meal was clearly served: "There was a pit and I just thought they had a really good sound and everybody was really into them," she said.) 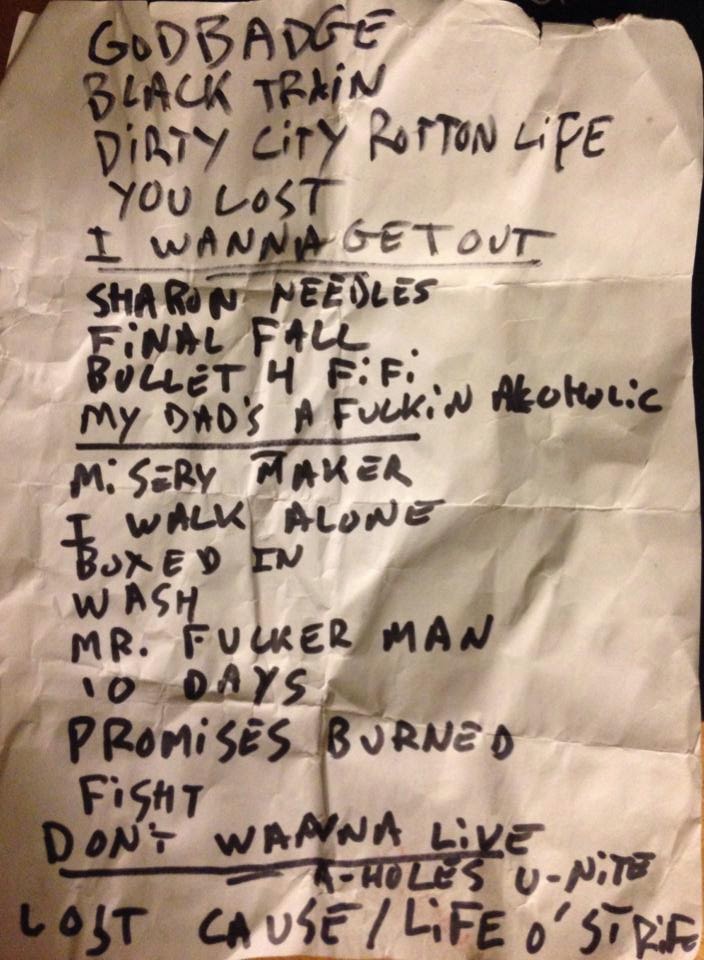