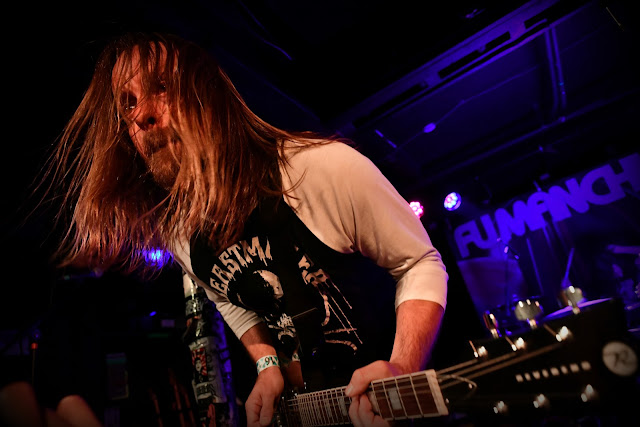 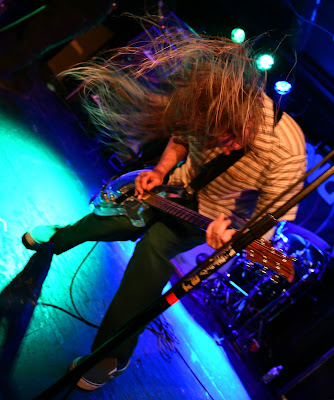 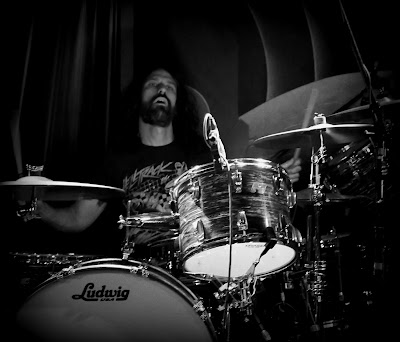 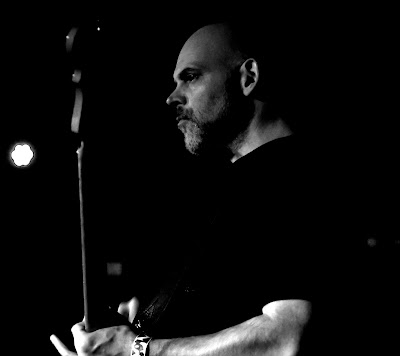 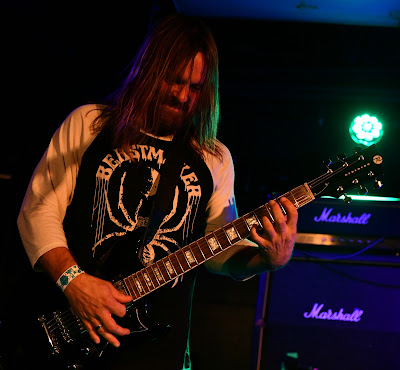 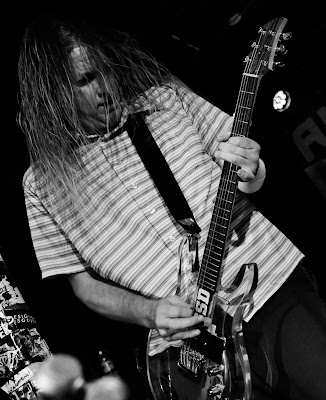 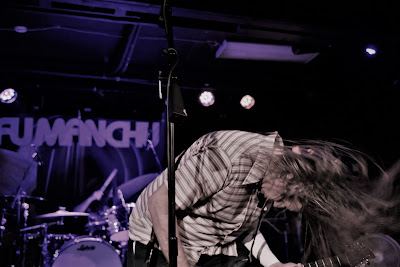 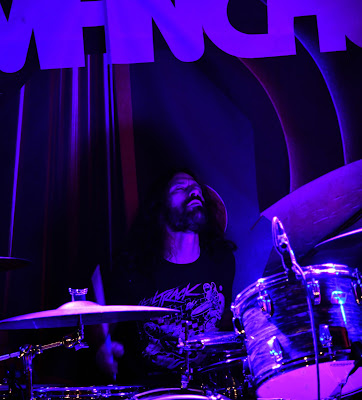 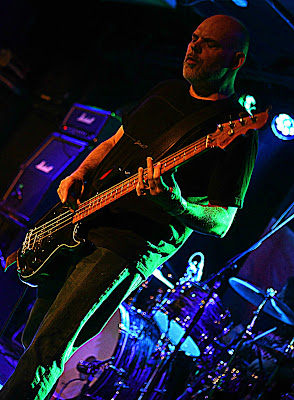 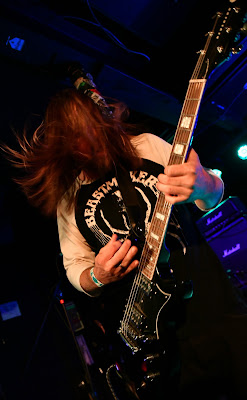 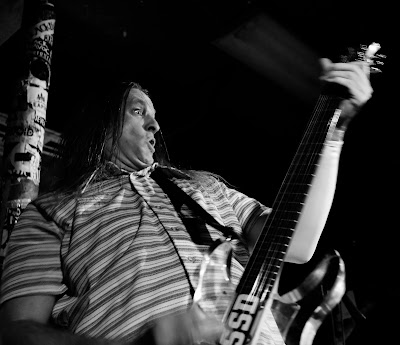 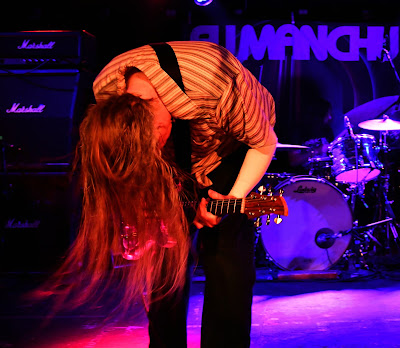 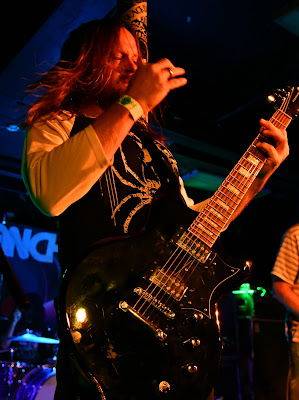 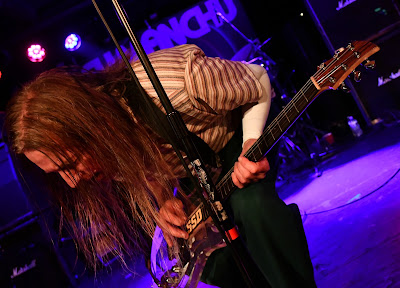 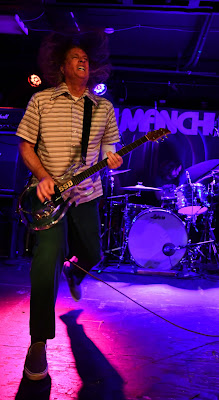 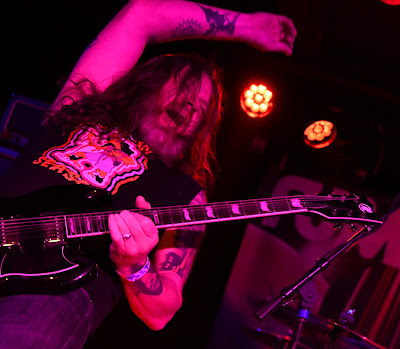 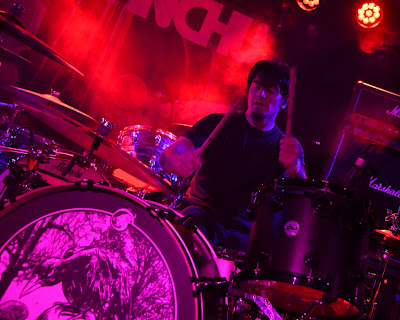 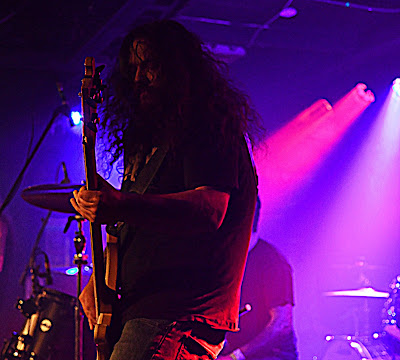 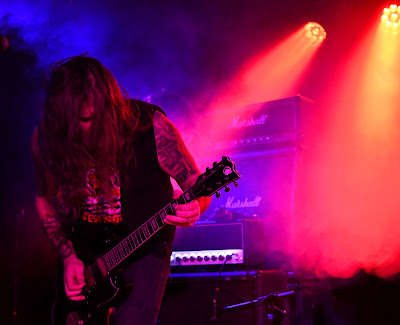 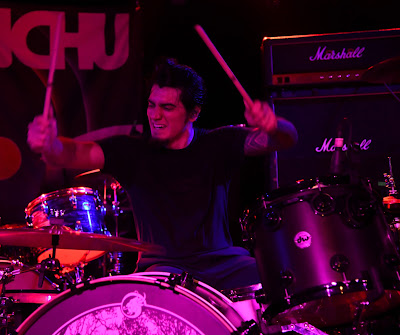 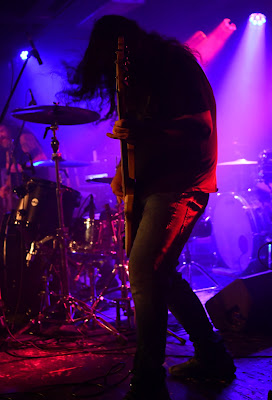 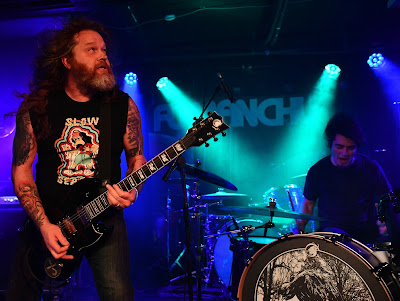 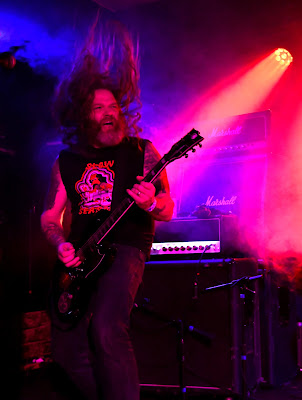 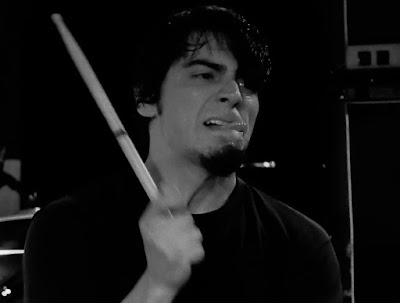 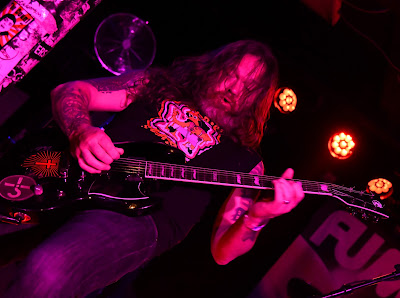 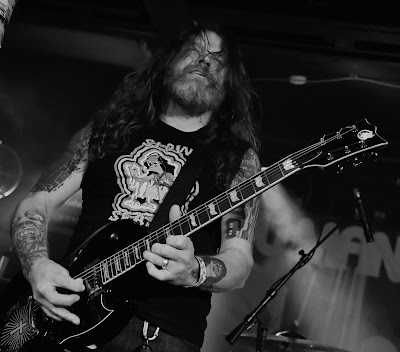 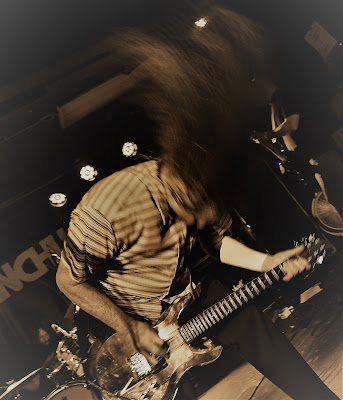 Posted by Andy and Cat Rose at 5:54 PM No comments:

Plugging in with Holy Grove as 'II' is unleashed 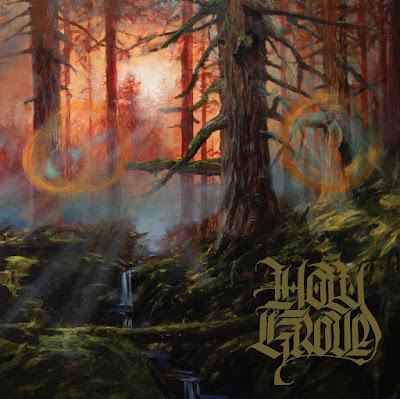 When you commence the journey, the unexpected awaits. The terrain could be smooth for a bit, then take a sharp shift and hit jagged territory -- maybe for longer than intended. If you're truly entrenched for the long haul and keep hammering away, the landscape will hopefully straighten out, giving you a shot to plow through the opening and attack life with fervor... fucking let it rip to the hilt.

Holy Grove is here. They experienced some ebbs and flows, and it's time to join them on a righteous path of heaviness. They're a cordial unit, giving you plenty of room to catch your breath, lessening the initial blow before pounding away again to make their new album, "II," a permanent part of your existence.

I've said it before, but it's worth another go-round ... Once they plug in, the intensity grows as each King Kong-sized riff growls in your ears. Andrea Vidal's gut-wrenching vocals take you on a journey through a full range of emotions and along the path to your own personal Valhalla.

Bassist Gregg Emley weighs in first on how "II" came into being:

"For me personally, this album represents many different things and emotions. It represents the beginning of the next chapter of the band and the start of a collaboration between four like-minded and driven people. It represents the culmination of a few years of hard work and ultimately, triumph over doubt and adversity."

Guitarist Trent Jacobs gives some insight into the trials and tribulations Holy Grove dealt with to reach its present solid footing:

"We struggled to find a full-time drummer for a few years following the release of our first album. It was often a challenging and frustrating process, but in hindsight, I think it provided us with the necessary time to focus on developing our musicianship and a sense of where we wanted to take the music next."

Once Eben Travis stepped into the fold and lodged himself into Holy Grove's drum slot, the path widened. The band was ready to bulldoze through the thickets of uncertainty and take charge.

Vidal's ascending vocals steer the songs to all of the crucial spots on the band's mighty musical map.

She adds to the Holy Grove expedition:

"For me, the album is a celebratory one despite the heavier sound and darker lyrics. I think when you listen to the album, you get a sense of just how excited and grateful we all were to be able to write this album. We’re not firmly entrenched in any one genre -- so for ‘II’ each of us were able to explore and create a sound that naturally represents Holy Grove as a band, and gives you some insight as to where we intend to take it."


"II" was put into the magical hands and mind of Billy Anderson, who engineered, mixed and co-produced the album with the band. Hell, he even wedged his guitar skills into part of "Solaris." Yob's Mike Scheidt was along for the ride as well, providing additional vocals on "Cosmos."

Emley said Anderson is like the fifth member of the band, not only unveiling amazing tones, but with the band firmly trusting his opinion and judgment, he brings out the best in their talents.

"Hearing the songs start to come to life in the studio was one of the most memorable parts of the whole process for me," Emley said.

"I could write  a book on the amazing studio experience with Billy -- the sorcery conducted upon my drum sounds was amazing," Travis said.

Travis cut his teeth -- and probably wasted copious drum sticks -- in punk, thrash and heavy metal bands before hooking up with Holy Grove.

"I was used to playing hard and fast with a rigid syncopation. Holy Grove requires a groove and swing that can be difficult for a drummer from my background but I ultimately jumped at the challenge," he said.

It was an ear-opening experience from day one for the newcomer.

"When I first listened to Holy Grove, I noticed that the song structures were on a different level," Travis added. "This became more evident after joining the band and listening to the material they had recorded without a drummer. Especially the song 'Cosmos,' it was like a velvet-wrapped jewel when they showed it to me; I saw in it a chemistry and an inviting warmth I had always sought in musical projects. I felt very lucky to have stumbled into such a creative group of people."

Emley notes that the songwriting approach for "II" was different than the first record -- and he was treading new song-construction ground in general.

"Trent and I spent months in his garage, sitting in front of his computer writing, re-writing, demoing out songs and scrapping whole songs because we knew we could do better and that we needed to push ourselves harder and not settle for 'good enough.' It was ultimately the most rewarding writing process I've been a part of," Emley said.

Jacobs adds: "As soon as we had a shell of a song put together, Andrea would come over and we’d work on vocals, trying many different approaches, different lyrics, melodies, etc... sometimes we would rewrite an entire part, specifically to fit with a vocal line. 'Cosmos,' 'Blade Born' and 'Valley' were all born this way."

Both Emley and Jacobs said that their drummerman was instrumental in helping them continue fleshing out song structures and the songs quickly turned into what they envisioned.

Over the last few years, Holy Grove has fought the challenges head-on that have held "II" in limbo and now the rewards are aplenty. They've even got their own Solaris beer -- a rye pale ale -- which was unleashed by Baerlic Brewing Co. on Nov. 13.

Holy Grove has hit upon something monumental with "II" and they're ready to continue hammering away.

"I think this album represents a shift forward, musically and thematically, and serves as a signpost toward the future of the band," Jacobs said. "While we were all extremely proud of the first album, we knew that we wanted to evolve and begin to develop our own fingerprint with this one, and I think we’ve made a deliberate and pronounced step in that direction."

Vidal discusses what it's like breathing life into Holy Grove songs, from infancy to the Anderson-handled finished product.

"We learned so much during the writing and recording of our first album that we had some strong opinions on how we approach the second album. We wanted to be sure not to repeat any of our previous missteps, as well as making sure we all had enough time to fully flesh out our ideas and parts," she said. "We did a lot of demoing before taking the songs on the road, and by that point not only did we know the songs extremely well, but we also had some ideas on what we’d like to accomplish in the studio. Once Billy was brought in, he was able to help us execute those ideas and lend his expertise to really help bring the whole album to a higher level." 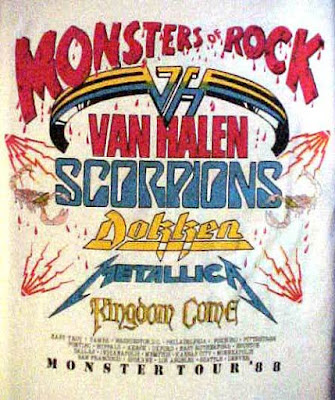 *** A deluxe reissue of "...And Justice for All" was released today.
Posted by Andy and Cat Rose at 4:13 PM No comments: