RIP, Justin Townes Earle. Here's a story Andy wrote about him in 2009. He was a cool guy when Cat and I met him in person after a small show at Tower Records in Seattle. He was 38 when he passed.


Earle’s on a roll, ready for local gig

The times they have a-changed for Justin Townes Earle.


The times they have a-changed for Justin Townes Earle.

As a teenager, he dabbled in punk rock and drugs. As a 27-year-old adult, he’s an acoustic-guitar-slinging sober guy who’s digging life.

“I’m definitely a different man than when I was young — I was a strung out (stupid) little kid for 10 years. I’d done quite a lot of growing up when I got clean,” he said over the phone from a tour stop last Wednesday in Dallas, Texas.

Yes, Earle, who’s still a punk rocker at heart with a gruff attitude to offset his soothing singing voice, is on the road again and will hit the Northshore Performing Arts Center stage at 7 p.m. May 17. Although he won’t have a backing band this time out, the son of country rocker Steve Earle says he can impress crowds alone with one guitar, one mic and his arsenal of insightful folk tunes. No problem.

“I’m always ready to roll — we’re booked solid through December right now, last year I did 250-plus shows,” he said. “I’ve been doing this since I was 15. I love traveling, I love the wheels spinnin’ beneath me.”

Like punk bands, Earle jams a ton of songs into his set — although his are longer and softer, the hard edge still lies within. He’s a modern-day Woody Guthrie and Lead Belly, an artist he discovered through Nirvana’s Kurt Cobain on the band’s final — and tamest — record. But it wasn’t after he soaked up the Seattle outfit’s earlier raucous catalogue.

“I can guarantee you I was the first kid in Nashville to have a copy of ‘Bleach,’ because it was an advance copy. On their ‘Unplugged’ album, when Kurt said, ‘This is ‘Where Did You Sleep Last Night?’ by Lead Belly,’ it changed my life. It was the first time I’d heard his name and I put away the punk-rock records and went head first into (legendary folk artists). I went back and discovered artists from the ‘30s, ‘40s, ‘50s,” said Earle, who considers himself fortunate to hail from Nashville, Tenn.

“I was born at ground zero, I know where the bodies are buried. I’ve done so much research.”

Earle penned his first tune, “Halfway to Jackson,” at age 15 and it finally surfaced on his sophomore record, “Midnight at the Movies,” which was released on Bloodshot Records in March and features a spot-on version of the Replacements’ “Can’t Hardly Wait.” And while he appreciated his mom’s love for folksters Joni Mitchell and Joan Baez and gigs from the Grand Ole Opry, the upstart wanted to perform acoustic music with some swagger, and so the Earle persona was born.

He last played Seattle about a month ago at the Tractor Tavern in Ballard to what he described as a “wide-eyed, enjoyable crowd.” But folks all over have taken hold of his brand of music, which he tags as Southern American — “I can’t think of anything else to describe it … I’ve never understood labels.”

Give him a guitar and a crowd, and nothing else matters.

“I love playing live and seeing and meeting new people everywhere,” he said. “I think this was the way I was supposed to live.”
Posted by Andy and Cat Rose at 11:40 AM No comments:


Since most of 2020 has been a bust for shows, we've dug into some of Cat Rose's unseen photos from this time three years ago, so you can visually rock out until the amps are plugged in again on stage. 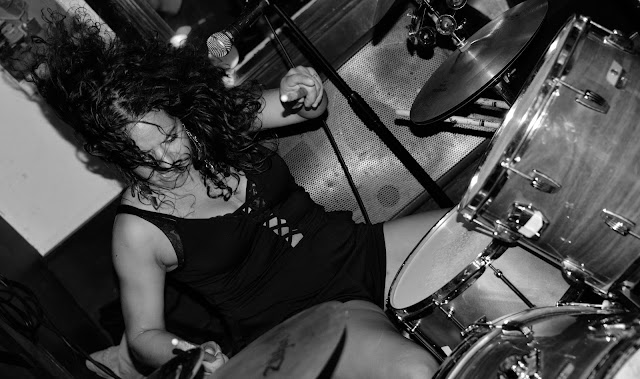 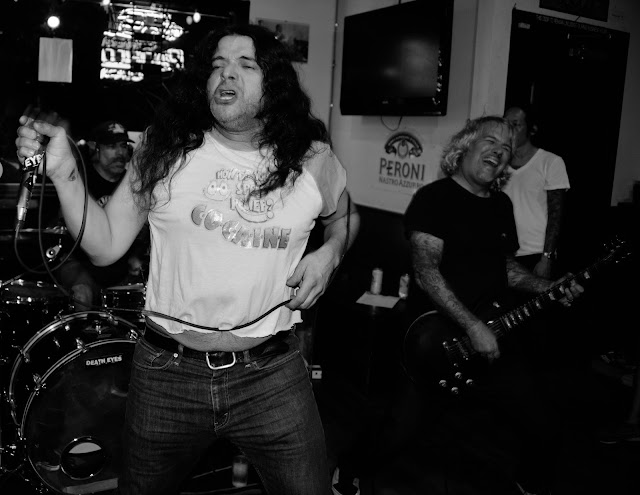 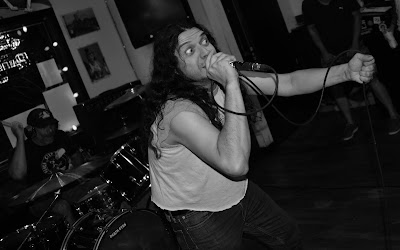 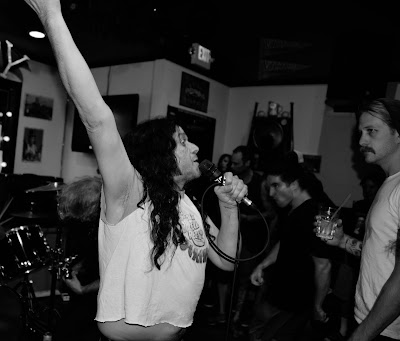 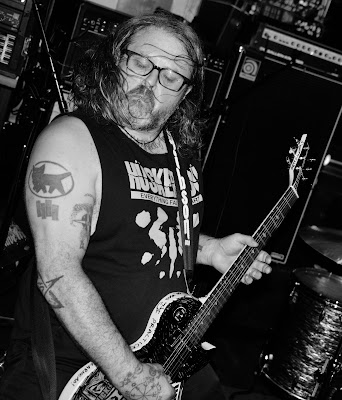 Posted by Andy and Cat Rose at 3:27 PM No comments:

Since most of 2020 has been a bust for shows, we've dug into some of Cat Rose's unseen photos from this time two years ago, so you can visually rock out until the amps are plugged in again on stage. 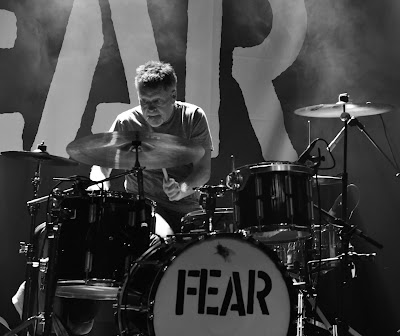 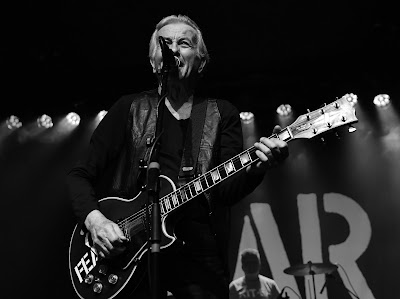 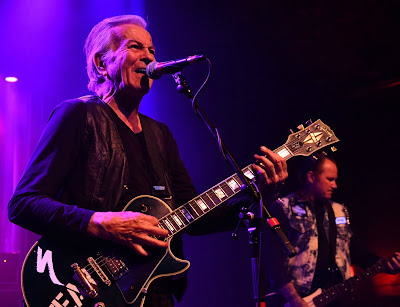 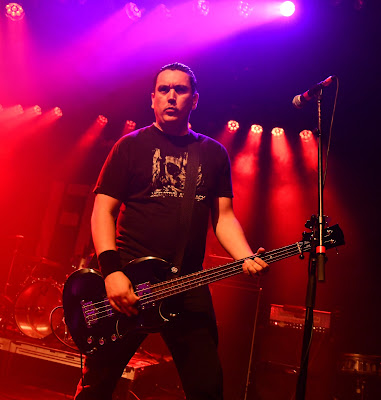 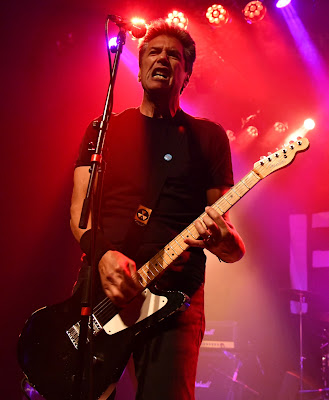 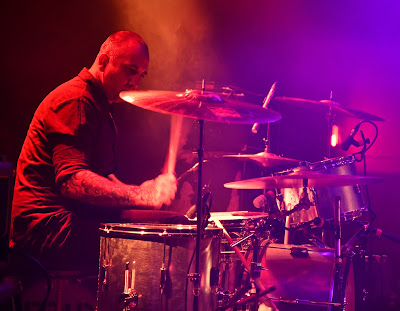 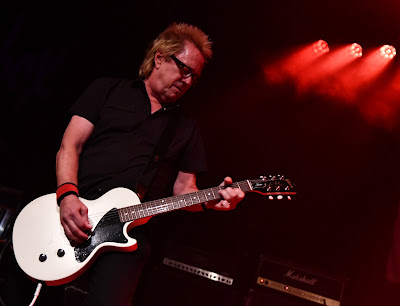 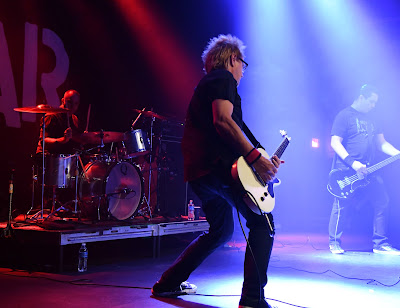 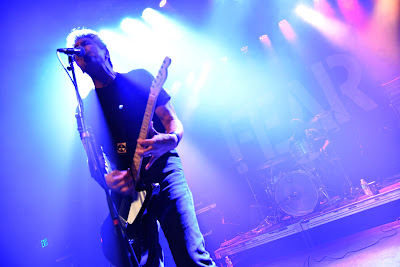 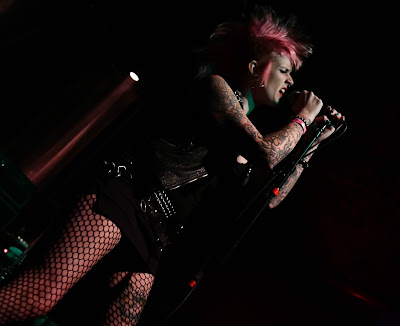 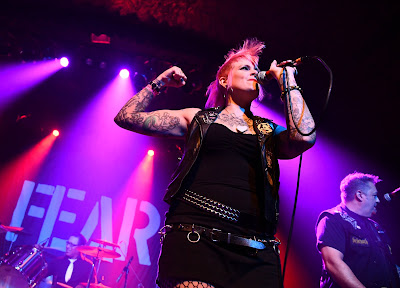 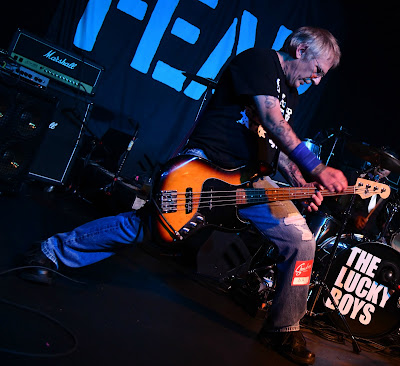 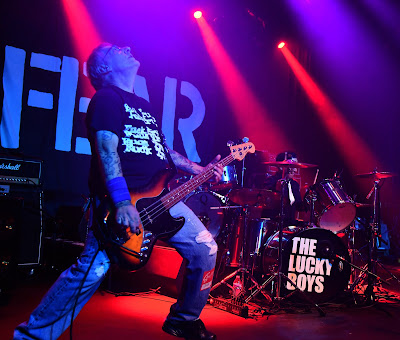 Posted by Andy and Cat Rose at 3:01 PM No comments:

Bassist Viscarra recalls a raucous night with the Stains in 1981

Adrenaline was rushing through band members' bodies at breakneck speed. A massive, rowdy crowd was ready to unleash its pent-up aggression. It was fucking go-time for the Stains.

On the night of Sept. 11, 1981 in the former airplane hangar Devonshire Downs in Northridge, CA, the scene was set. Caustic Cause and Youth Gone Mad had already knocked the punks about... Boyle Heights' Stains were ready to continue the slaughter... paving the way for the mighty FEAR and Black Flag.

Even before the Stains let a chord loose, wiry and pumped-up singer Rudy Navarro leaped into the crowd after being heckled by a ruffled punk. The mouthing off turned into a scuffle before Navarro and the other dude were pulled apart and the vocalist returned to the stage.

"Yes, that tended to happen," laughed Stains bassist Ceasar Viscarra over the phone on a recent evening from his home in the Hacienda Heights/La Puente area of SoCal.

That was the first violent band/crowd type of interaction I had witnessed at gigs, so 14-year-old me was a little freaked out and I definitely moved off to the side. I hung in there for maybe the whole set, and I remember the Stains' 25-minute pummel-fest being pretty crazy and memorable, for sure.

Viscarra and his bandmates -- including manic, shredding guitarist Robert Becerra and drummer Louie Dufau -- were well-versed in the history of Devonshire Downs, which featured concerts by Jimi Hendrix, Janis Joplin and copious other greats in the '60s and '70s, so the Stains were bent on leaving their mark on the venue.

"We were just really excited to play there. So on stage, yeah, 'cause, you know, you feed off the energy from the crowd. Once we hit the stage, I know there was a lot of people who didn't really know who we were, who maybe heard of us at that time. Once we started playing, and Robert...if you remember Robert being a maniac on stage... you'd stay out of his way because he has this look like he's gonna stick his hand down your throat," said Viscarra, noting that Becerra's bulging eyes matched his six-string ferocity and virtuosity. He has never known anyone with such solid guitaristry beaming off their sturdy hands.

"There was a song towards the end of the set, 'I'm Normal,' we would extend that one out and let Robert do his thing, do crazy guitar solos and stuff," Viscarra added with a chuckle.

We knew just two Stains songs at that juncture, "Pretty Girls" from the "Future Looks Bright" cassette compilation, and "Sick and Crazy" blasting out of our home speakers on Rodney on the Roq's radio show. The Stains' album that Spot recorded in '81 didn't see the light of day until '83 on SST Records and has long escaped collectors' eager hands. People have been begging for a reissue of that raucous 11-song corker for years.


Viscarra stage dives into his memory bank for more nuggets about that epic gig, which later saw Henry Rollins wrap the microphone cord around his neck like a hangman's noose during the long, droning, wonderful "Damaged I."

Drummer "Louie Louie's" brother was the Stains' security man on stage that night.

"I remember this crazy look on his face 'cause he was sitting down waiting, daring punks to jump up on stage and he would run up and throw them off. The amount of people... I maybe played for a crowd as big. I know I played when DC3 was on tour, we played the Ritz in New York and that was a pretty big crowd as well. We opened up for ALL," Viscarra said.

He continued: "(At Devonshire) I remember just looking out, 'cause the stage was probably 5 1/2-foot height, I remember being able to look at the very back of the auditorium and seeing people as far as I could see, and just the mosh pit while we were playing was ... it seemed to me like it was a half of the audience. Right in front of the stage, there was just so many people moving in a circle. It was crazy."

Viscarra's head was probably shaking in amazement when he noted that a skater Slack, who had been to many Stains gigs, put on a show of his own as the blistering music gave the speakers a workout. Slack knew the security man, so it was time to rage.

"He kind of gave him the eye, and he let him run across the stage. He climbed to the top of the monitor that was on stage right and did a backflip into the crowd. Somebody made a board tape of the show and I remember listening to this tape afterwards and knowing the exact minute that happened because the crowd just went crazy. They were already going crazy, but they saw him jump off the stack and just went wild," Viscarra said.


Aside from the musical portion of the gig, Viscarra recalls the camaraderie between the bands being at a premium.

"Anywhere we went, whoever we played with, we all just hung out together. Black Flag, obviously, we were on SST, they were friends of ours and always were on our side and trying to help us, promote us. I remember Spot doing sound for that night and I remember hanging out with those guys. FEAR... Derf Scratch, he was a friendly guy. He would come up to us. We had seen him at shows, and I would go up to him and pat him on the back and stuff like that. Youth Gone Mad, they were maybe a little intimidated by us, I remember back then, but I do remember hanging out 'cause we were in the backstage area, which was basically behind the hall," he said.

All the bands were huddled around in the same circle, talking about the show and drinking beers and more: "Smoking and joking," Viscarra said.

Viscarra has kept in touch with Youth Gone Mad's vocalist Tammi Sarno Contreras since those rugged days and they play together in the band No Rival.

"We've been in contact for years and years and we've always talked about the old punk-rock days and how cool it would be to be in a band together 'cause, man, she has an amazing voice," Viscarra said. "I've heard some of her stuff over the years, so, yeah, it's just everything worked out and we're actually in a band together."

That untamed night at Devonshire Downs clearly lives on into the present day.

Posted by Andy and Cat Rose at 8:14 PM No comments: