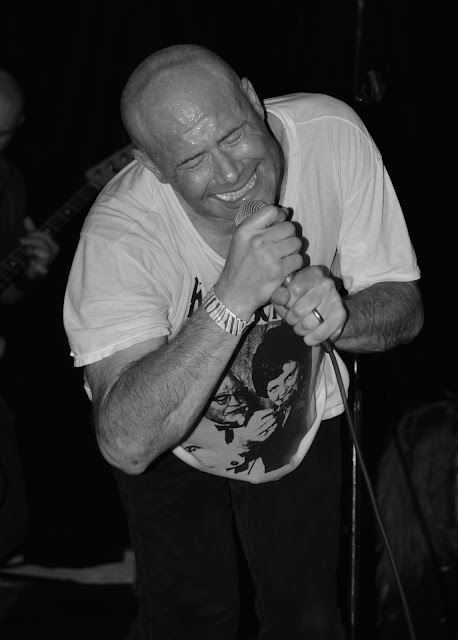 No words can properly describe it.

Let's try: Four neck-breaking, head-exploding bands that should have left Seattle's Highline in ruins last night. (Maybe they did -- we haven't evaluated the venue today.) 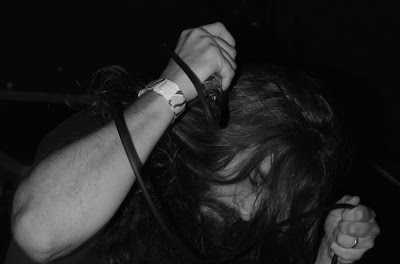 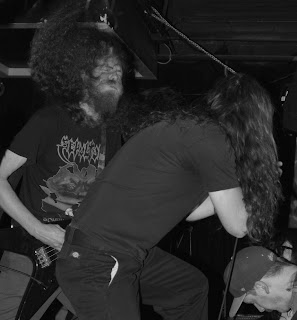 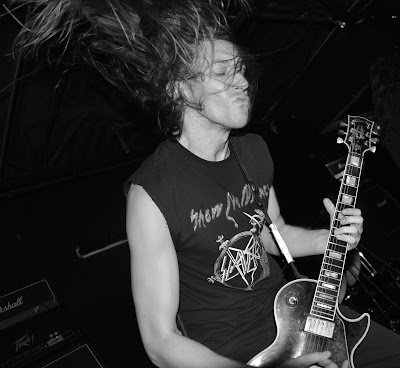 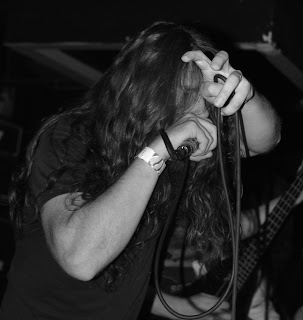 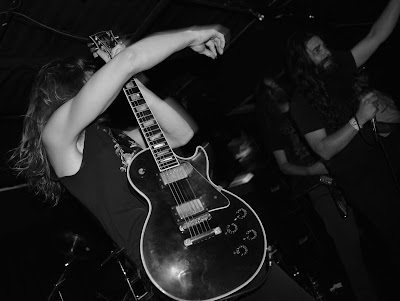 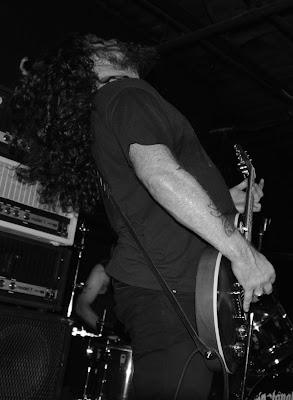 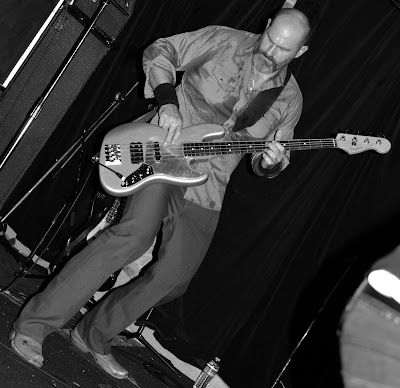 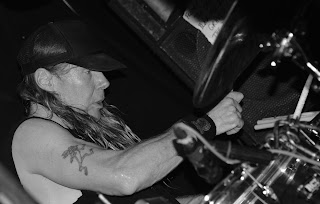 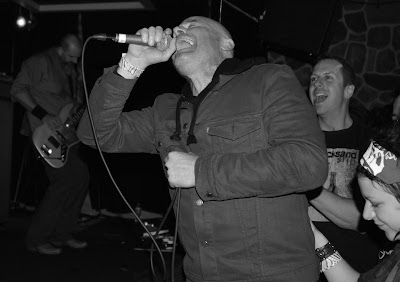 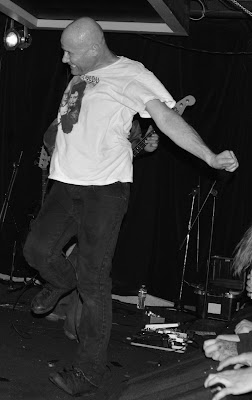 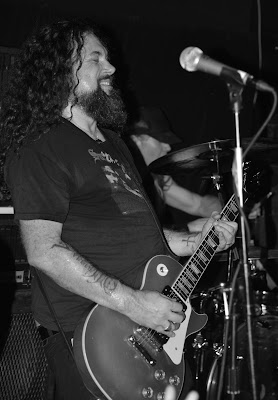 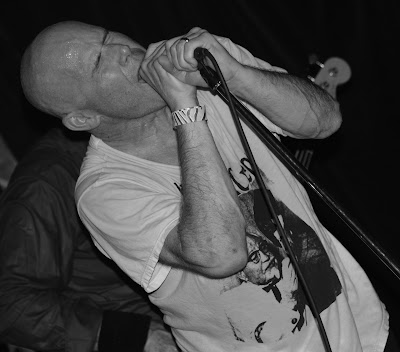 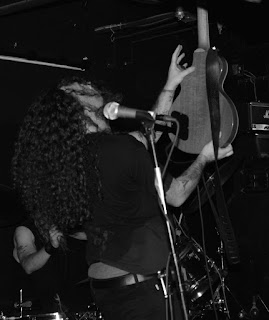 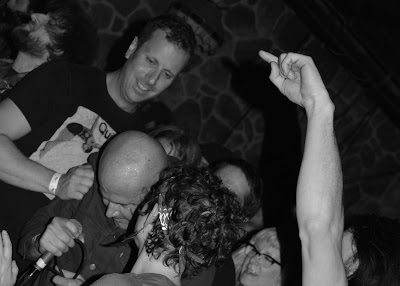 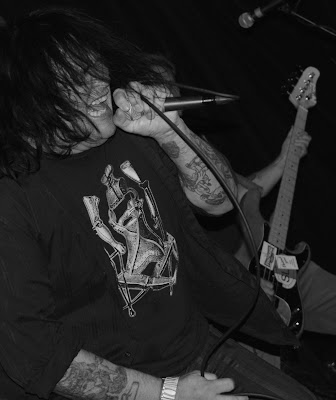 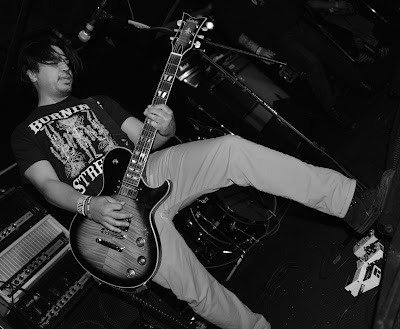 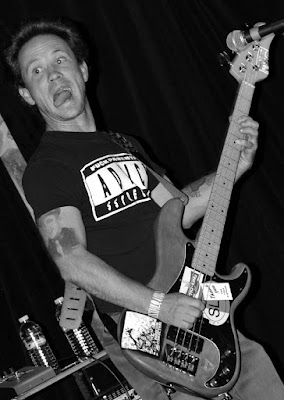 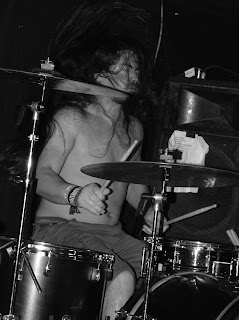 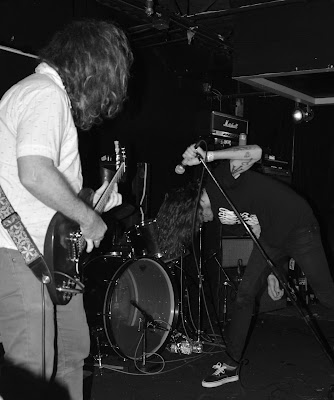 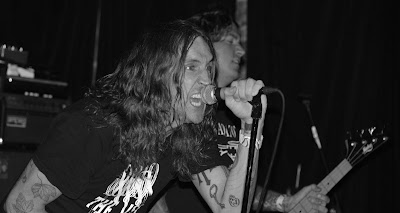 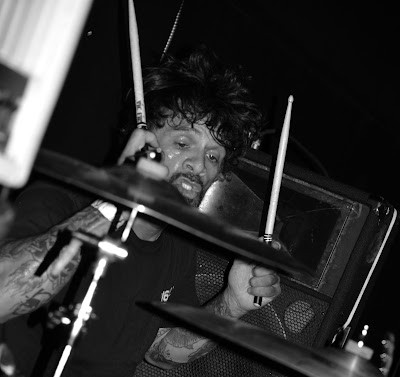 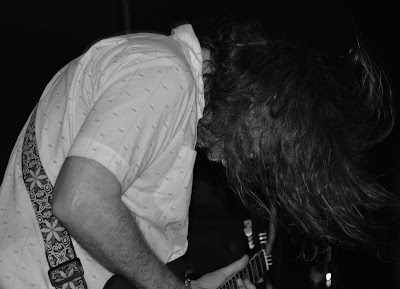 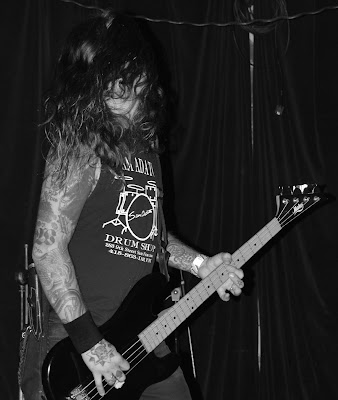 Posted by Andy and Cat Rose at 1:19 PM No comments: 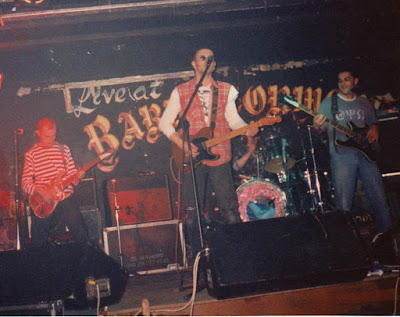 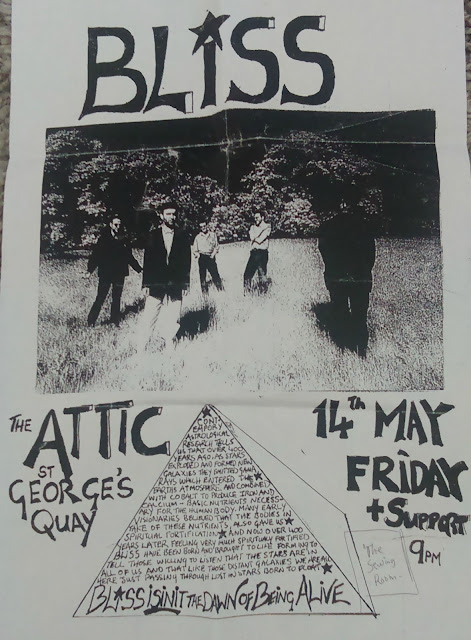 Posted by Andy and Cat Rose at 1:37 PM No comments:

While standing in the kitchenette of the Corrosion of Conformity Blind RV in May following the band's gig at Studio 7 in Seattle, singer Karl Agell grinned and pushed play on the stereo.

His howling vocals were sent to bed for the evening in the live setting, but they threatened to tear a hole in the poor RV when the track "Devil in This House" from the Teenage Time Killers Greatest Hits Vol. 1 was unleashed on the half dozen people sitting 'round.

When the tune expired and we were left in a brief moment of silence, Agell humbly noted that he thought the song was a good one.

A member of opening band Lody Kong, glanced at Agell and uttered the only crucial word necessary: "Sick."

Agell's song and 19 others, featuring a stunning host of musicians on the blowtorch-in-your-face TTK release would not see the light of day for another three months, but he and Reed Mullin -- the Pied Piper behind the project -- were amped to get that mega-ton of tuneage into people's ears.

COC man Mullin poked at his phone before the gig, chuckled and beamed with pride while showing us a TTK collage photo of all the critical cogs in the massive metal/punk wheel that brought the project to life.

The guy is damn proud of his accomplishment and he'll bring many of the TTK musicians on stage with him Saturday night at the Fonda Theatre in Los Angeles for the gig of a lifetime.

He'll be amongst good friends for this one, and I even saw a photo of his dad next to the Foo Fighters' wall of amps on Friday before the musicians rehearsed at Grohl's Studio 606 in Northridge.

So, what do ya get on the TTK release on Rise Records?

Well, simply put, the songs are explosive and thought provoking, and should be part of one's musical rotation post haste.

A taste of what's inside:

You've got the rage of singers Blythe ("Hung Out to Dry"), Dinsmore ("Power Outage"), Murphy ("Clawhoof"), Jello Biafra ("Ode to Sean Hannity"), Ving ("Big Money") and many others, along with the raw, melodic vocal offerings from Pete Stahl ("Plank Walk"), Matt Skiba ("Barrio") and Aaron Beam ("Your Empty Soul"). Mullin drums and also roars on a pair of stunners ("Exploder" and "The Dead Hand"), and he also enlisted folks like Brian Baker and Pat Smear on guitar along with Grohl on bass.

It's killer stuff. That is all.


Here's a ripping photo of Deafheaven's George Clarke that Cat snapped during their skull-jarring opening set for Russian Circles and Helms Alee at the Doug Fir Lounge in Portland in November of 2011.

The photo has been circulating on Instagram and here's a few comments from fans who are no doubt at least partially deaf after experiencing the band's pummeling aural live assault:

• "They were mind blowing."

• "That was the show where I first heard Deafheaven, opened for Russian Circles. Have definitely never been the same since that show."

• "It's crazy that they are headlining the Fillmore. I remember them opening for Russian Circles just 3 years ago."
Posted by Andy and Cat Rose at 5:00 PM No comments: