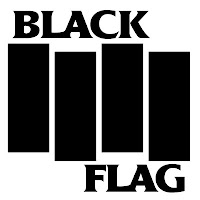 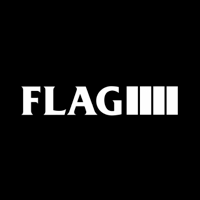 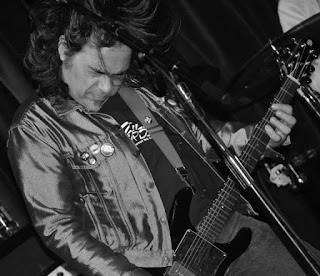 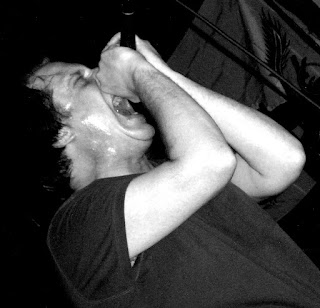 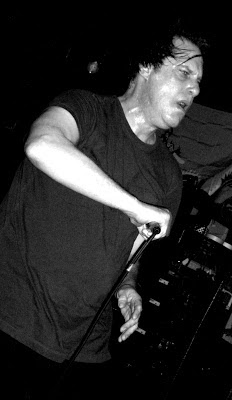 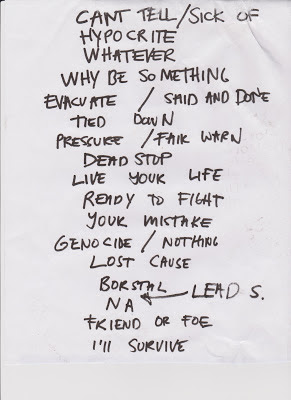 About a year and a half ago, Stag frontman Steve Mack's eyes lit up when he told me about calling his mom on the phone after he got the gig as singer for That Petrol Emotion in the '80s.

"I can't believe I'm playing with the guys from the Undertones!" he said as if the call were placed this morning.

After Cat and I have watched Mack play with Stag many times in the Seattle area, there's no doubt that the vibrant singer feels equally as enthusiastic about sharing the stage with Ben London (guitar/vocals), Rob Dent (drums), Pete Everett (bass) and Lincoln Barr (guitar/vocals).
﻿﻿

﻿﻿The quintet can power-pop it up with the best of them -- and they can also out-rock most harder bands in the guitar-riff and -solo department.

Upon first hearing the band at Darrell's Tavern in Shoreline, I was time-machined back to my youth when my dad presented me with Cheap Trick's "Heaven Tonight" LP one Christmas morning. Cat and I were on board instantly.

Stag recently released its first full-length album on Fin Records to go along with a pair of EPs and a single. We know these songs well from the live setting and Jack Endino teamed up with the Stag men on the production front to capture the band's tunes just right. An easy-going flow on the pop end -- and then a bang to the ears in the rock realm.

"These Times" kicks off the 12-song set with aplomb and everything rolls from there with standouts "Love Her Records," "Don't Lead With Your Heart," "Mountains of Steel," "Tiffany Rose" and others. London crafts the songs well and also made a wise choice by including a cover of "Get the Message" by Eric Carmen, a Cyrus Erie tune.

On "These Times," Mack leads with, "Why are you just going through the motions? Standing by the tracks, waiting as the trains pass you by?" ...and soon comes the big chorus, "These times are for all of us." The song is usually perfectly set in the closer position during live sets, but also thrives in the lead-off spot here -- hit listeners hard right away and then continue on down the line with one gem after another. 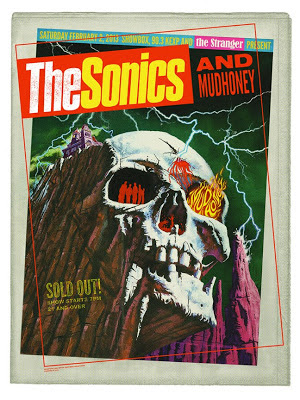