A classic gathering with Tom Price and pals / Interview

What do you get when two Gas Huffers, a Derelict and a Lubricated Goat join forces?

Definitely not one hell of a mess ... well that depends on "the ear of the beholder," as The Tom Price Desert Classic guitarist Don Blackstone joked outside of Darrell's Tavern in Shoreline (near Seattle) on Saturday night.

"It took us a while to really solidify (the sound), but now I kind of see it like in the historical
lineage of the Sonics and all those kind of garage bands that come from around this way. It's pretty straight up rock and roll. Nothing weird-- we've all played in weird bands. Nothing weird about this shit," Australian-born drummer Martin Bland added.

"We've known each other for so long, it's just like you're getting together with your best buds--
it's like good therapy, you know?" said bassist Joe Kilbourne. "It's awesome -- I'm totally not worthy."

As for Mr. Price, the band's namesake and singer/songwriter, he's been slashing away on his guitar for more than 30 years and he doesn't see himself pulling the plug anytime soon. He tried once, but that didn't stick for long.

Price, the former U-Men, Gas Huffer and The Monkeywrench man, says he plays in bands out of habit; Blackstone-- another ex-Gas Huffer dude -- quips that they unleash their tuneage for the little people ... "We can't bear to disappoint the fans."

"Once, years ago, in between bands, I thought about getting a real job and not playing music all the time. And I realized that what happens when you do that, is you don't have anybody to hang out with," Price said. "It was a weird two weeks when I was not playing in a band."

Blackstone chimed in again: "It was a lot of soul searching-- and channel surfing. Also, if you've played in a band for any length of time over 10 years, you have no skills that an employer is looking for."

Following Blackstone's booming laugh, Price smiled and continued his spiel on the need to rock: "For some people, I guess it would be like the Friday night poker club." 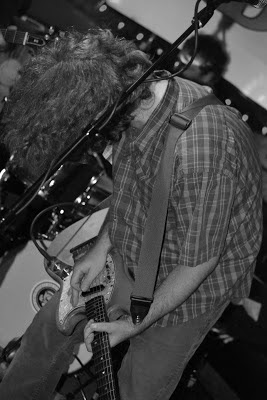 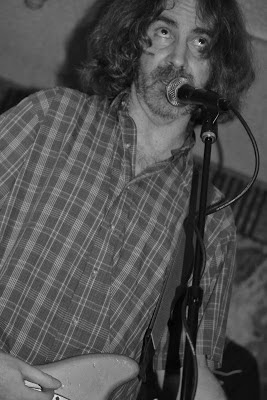 Bland, who also pounded the skins in Bloodloss, The Monkeywrench and Lubricated Goat, said there's a pretty easy going vibe happening in The Tom Price Desert Classic camp when crafting the tunes that had people bopping on the Darrell's dance floor at Saturday's gig.

"We don't have any drama queens in the band," Bland said. "I don't think we've even had an argument about anything--- maybe we should! There's no weirdos in the band-- I've played with a lot of very strange people in bands."

"He's kind of an enigma, and he's just a really sweet guy and he's just super creative. It's like his twisted vision and I get to be a part of (bringing it into) the world," Kilbourne said.

Added Bland on Price: "He's a fucking amazing guitarist. He's one of these guitarists -- I've only known two or three guys who do this -- who barely move their fingers. It's just this crazy, colorful sound comes out of the guitar." 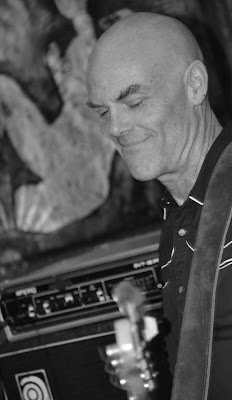 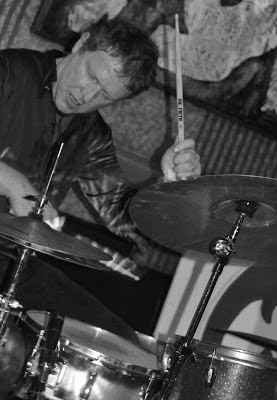 Following is some Q-and-A banter with Price and Blackstone that displays the humorous side of the band:

WHAT DO YOU GUYS HAVE TO OFFER?

WHAT ARE SOME LIFE LESSONS ON THE ROCK STAGE? 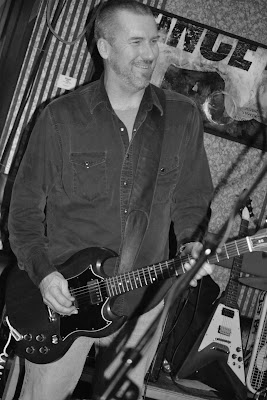 WHAT ARE THE DO'S AND DON'TS OF BEING IN THIS BAND?

Blackstone: Don't expect to be paid.

WHAT ABOUT THE MUSIC?

Price: We've never been quite good enough musicians to figure out how to do it right-- keep everything balanced, clean and clear. There's always something wrong.

ANY CLASSIC MOMENTS ON AND OFF STAGE?

Blackstone: Geez, I took a nap earlier.
That one time I wore my Depends on the outside of my pants, that was a pretty good time.

Price: We don't have any exciting stories of rock-and-roll debauchery to tell, if that's what you mean. 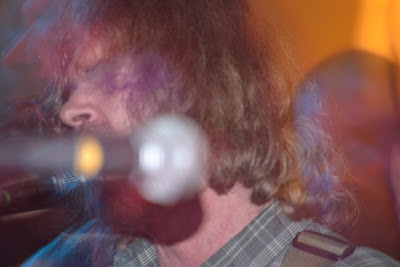