Why not dive in head first, right?

You've only got one first punk gig, so you might as well go with the Circle Jerks and TSOL at the legendary Starwood on Santa Monica Boulevard in West  Hollywood.

At age 14, just a freshman in high school, I was primed for some live action from two of my new favorite bands. My brother Ed, two years older than me, had already dipped his combat boots into the sea of punk gigs and he brought me and one of his friends along on this Tuesday night adventure on April 21, 1981.

I've got to admit, I was a bit scared to walk upon this punk terrain, which I'd heard was pretty rough-and-tumble. Would I be welcomed? Would I make it out unscathed?... ha ha

I'd already envisioned the brilliant chaos in my mind while listening to the Circle Jerks' "Group Sex" LP and TSOL's first EP. I was going through with it.

Since it was a school night, we had to convince our parents to let us out of the house. Do you say you're going to a rowdy punk gig in Hollywood? Hell no. You do inform them that you'll be attending a Major League Baseball game pitting the California Angels against the Seattle Mariners at the "Big A" in Anaheim. The M's beat the Angels, 3-0, on that night, and we made sure to catch the score on the radio on the way home in case we were grilled about our evening.

So, we get to the gig, and while we waited for the line to form, some drunk or strung-out guy wearing pink satin pajamas danced out front and was chased around by a handful of punks. If my memory serves me correctly, he was also on the receiving end of a few punches, but nothing too damaging, and he ran away up the alley.

While in line, I noticed one girl with part of her head shaved and bits of hair perfectly forming the Black Flag bars. I pointed it out to Ed, who said to not speak of it because of the Circle Jerks/Black Flag rivalry that was in the air after Keith Morris formed the CJs after leaving Black Flag.

As I took each step toward the front of the line, I was excited and nervous all at once about what would soon happen inside the club.

When we made our way into the tightly packed concert room, I left Ed and his pal on the dance floor (which would soon see plenty of crazy action), and strolled off by myself and stood behind the railing that split the floor in half. Safety, I thought, but not too far away from the bands. I had to ease in to this new world.

TSOL came on and killed it, playing the tunes I dug like "Superficial Love," "World War III" and more. Singer Jack Grisham sported white makeup on his face and was quite the showman: equal parts rage and sarcasm. He taunted the crowd with finger pointing and screams, but later flowed around the stage, offering a silly dance and smile. The anger quickly returned, though, as the band played at a frenzied pace and the crowd bashed along to the beat.

Before the Circle Jerks began, one woman standing next to me asked if I was OK, and I said I was fine. Maybe I looked nervous, who knows?

When Morris and the CJs hit the stage, I was definitely energized. I mouthed the lyrics to myself and patted my hand against my leg, but remained behind the railing. I was amazed at how the band raged while playing so tight. Guitarist Greg Hetson and bassist Roger Rogerson jumped up and down and drummer Lucky Lehrer shredded away with a wild look on his face. Morris had his usual beer in hand and was as manic as I thought he would be on stage -- turns out my grade-school buddy Tony Ford (who often collected the donations at church sporting engineer boots and a leather jacket) was right.

To top off the CJs' set, Ed hopped up on stage, ran across it and dove into the crowd during "Paid Vacation." That was the best part of the gig, for sure -- it was more gnarly than anything Angels' first baseman Rod Carew could achieve that night. 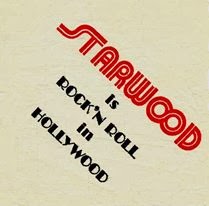