Tapes were tops in the punk-rock world

"Snail mail" may be a pain in the ass most of the time, but there are often moments of greatness when the mail carrier arrives at your doorstep.

For me, in the early 1980s, my postman might as well have received a trophy each time he delivered the punk-rock music I needed in the form of cassette tapes sent from all over the United States to my home in Redondo Beach, Calif.

As my Sony Walkman waited in my room ... hungry for tuneage ... I dashed from the front door across the living room (nearly knocking over one of my family members), up the stairs to my room and fed the tapes into that now-antiquated music device. In an instant, bands like Social Unrest, The Fix, Crucifix, Heart Attack, Gang Green, CIA, Even Worse, Misfits, Kraut and The Misguided would enter my world, give me copious jolts of energy and a grin that was hard to wipe off my face.

Sure, we had some cool record stores that carried what I was looking for, but they didn't have a lot of the rarer records that were only available via mail order. And when those gems were out of stock, you'd have to rely on folks who had them and were willing to make you tapes. That's where people like Jack Rabid (Big Takeover), Tim Tonooka (Ripper) and others came into play. Thanks guys!

As a bonus, I also dubbed tapes from Henry Rollins when my brother and I befriended him in Redondo Beach when he joined Black Flag. Those cassettes featured demos from the Teen Idles, Faith, SOA, Void, Iron Cross, Youth Brigade (DC), Skewbald, Deadline and more.

So, here you've got a pair of playlists from Rabid (first one) and Tonooka (the last two) and some of the selections from those tapes: 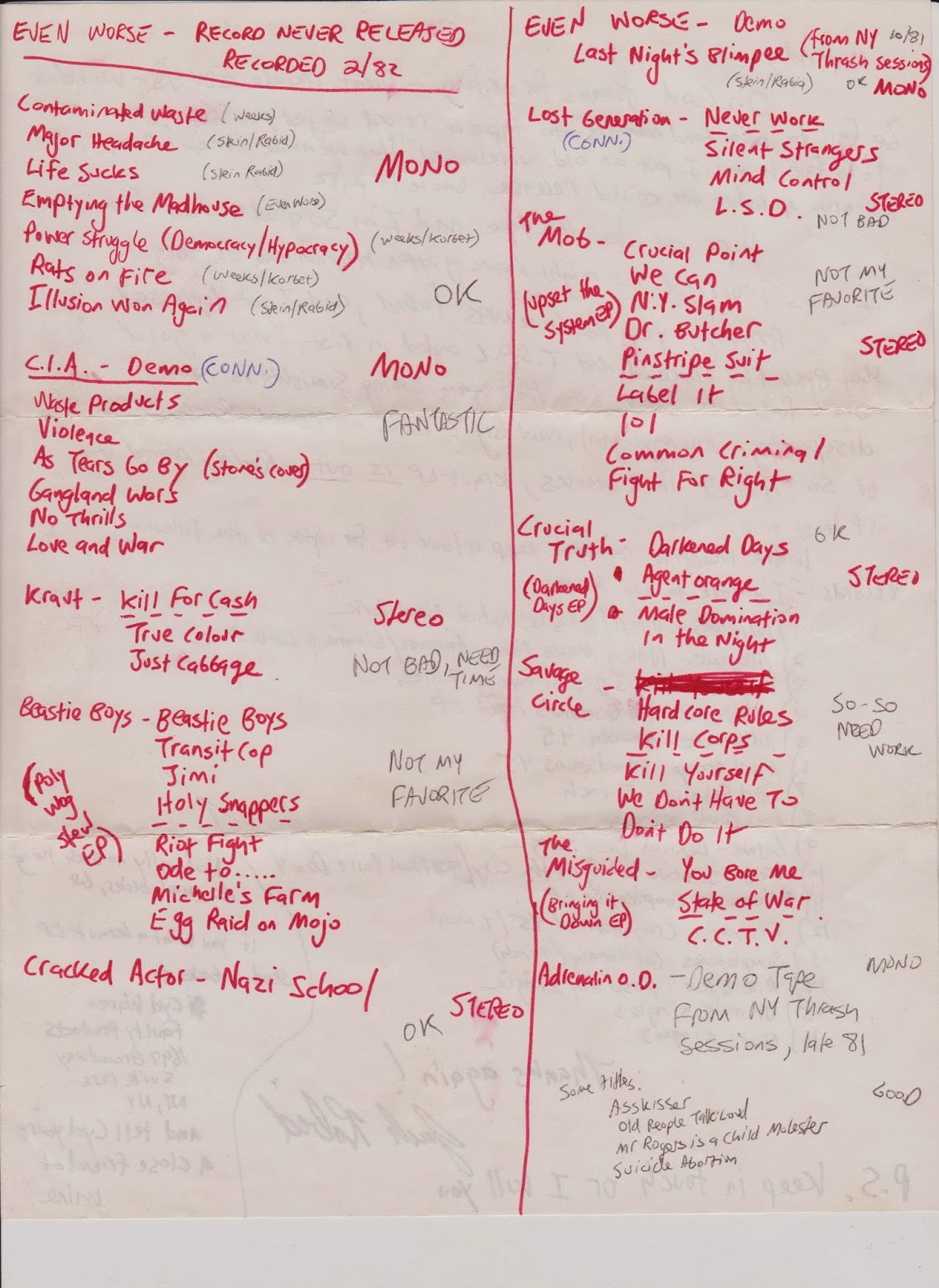 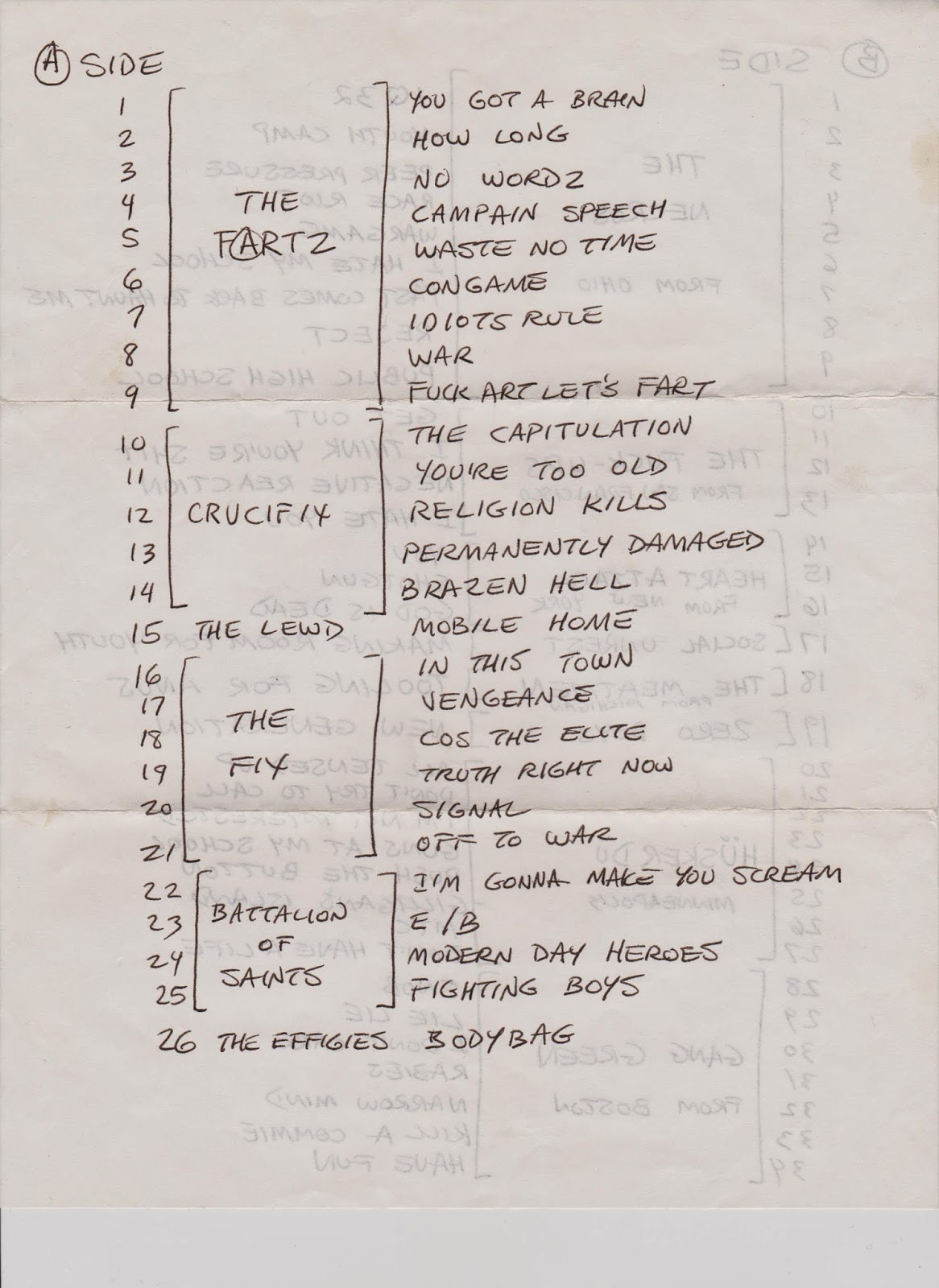 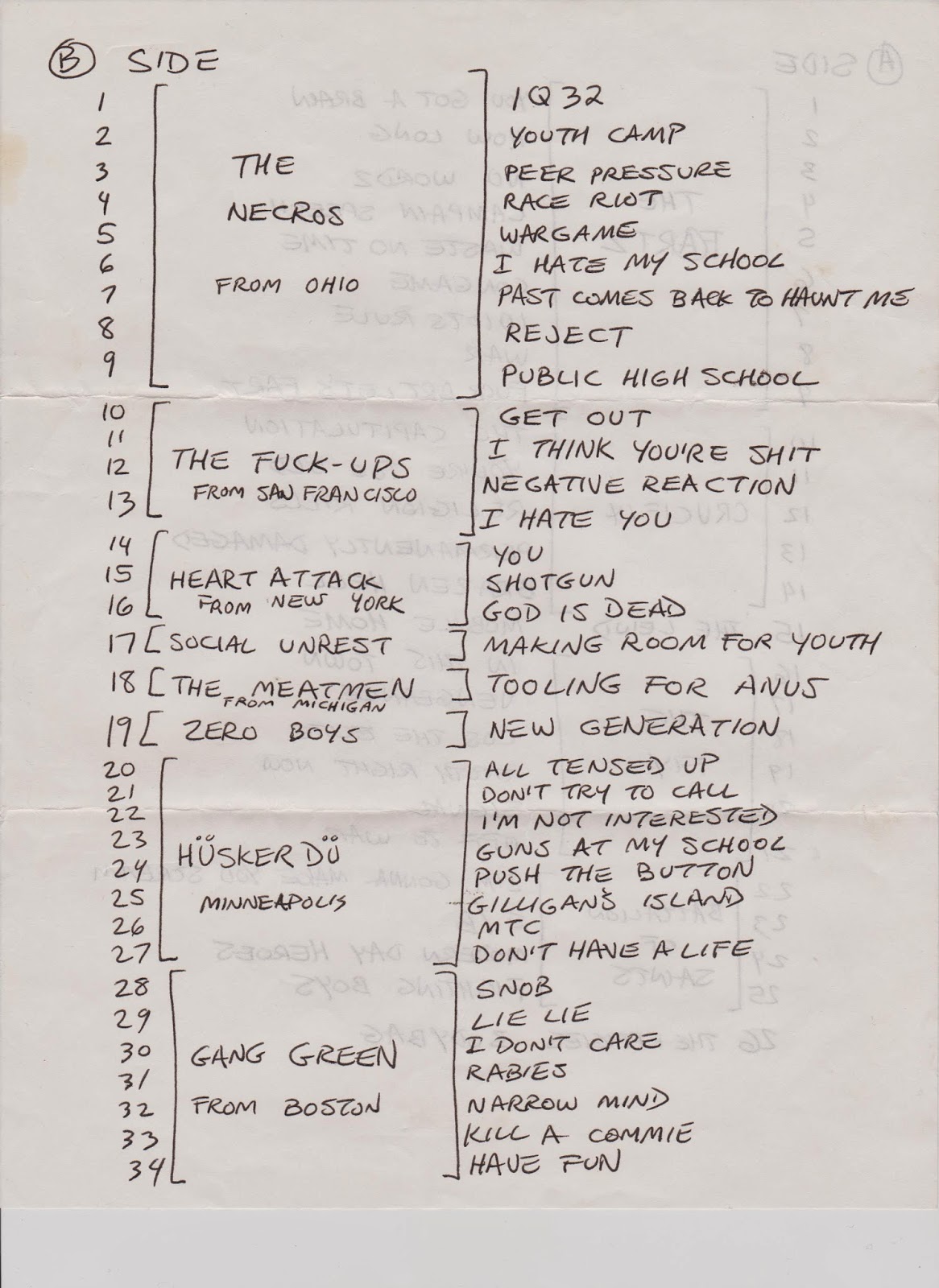