The Proletariat: Still relevant after all these years / Interview


Richard Brown uses the words "sad" and "weird" when describing what it's like for his band The Proletariat to be singing the same lyrics now during a Trump presidency that were written during the Reagan years.

The band has remained relevant 35 years after they broke up, and he thinks so because of the state of the country. He's disgusted by the hate that resides among a large group of Americans, "freakazoids" he calls them. He added that during Obama's terms, some progress was made and some of the hate was being tamped down, but now it's out.

Brown, vocalist and lyricist for the Southeastern Massachusetts band that formed in 1980, discussed both the above topics and his band's reformation six months ago while sipping on a beer last Friday at the Victory Lounge in Seattle. The band was in town for a gig that night at the Black Lodge, an afternoon show the next day at the 5th Dimension garage in Tacoma (as part of the Bleak Outlook Volume V fest) and then another gig that night at Black Water in Portland.

The Proletariat's brain-jarring tunes -- with heaps of puncturing, scraping guitar -- first came onto my radar via the "This is Boston Not LA" compilation album in 1982. "Options," "Religion is the Opium of the Masses" and "Allegiance" were stellar offerings, as was "Voodoo Economics" on the companion EP, "Unsafe At Any Speed."

Cat and I witnessed the Seattle and Tacoma gigs and got to spend some time with the down-to-earth and personable band.

They were spot-on live: Brown whipped his body across the stage while barking out lyrics; Bevilacqua hammered away at his off-kilter bass lines; McKnight cracked his drums tightly and with intensity; and Sanders chugged away and gave the songs that unique edge that wound us up back in the day.

Songs from the all the band's releases were represented and people were digging the blistering attack on the senses.

Here's my chat with Brown and Cat's photos of the two Washington gigs:

---Why would this be a good time for you guys to come back on the scene?

"Soma Holiday," our first album (from 1983) got reissued on vinyl on Ss Records, Scott Soriano out of Sacramento. He asked if we'd do it, we said, "Sure," and then we get together having beers and I'm like, "Let's play some shows in conjunction with the reissue." Original guitarist Frank has no interest in playing anymore, so he was, "I give you my blessing, go find another guitarist." So we knew Don from back in the day. He's about 4-5 years younger than us, he was like a little kid hanging around the shows, and we got him and he's been a great fit. It's been fantastic so far. 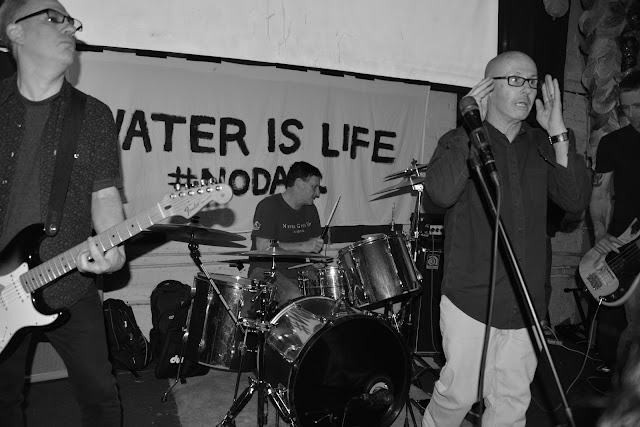 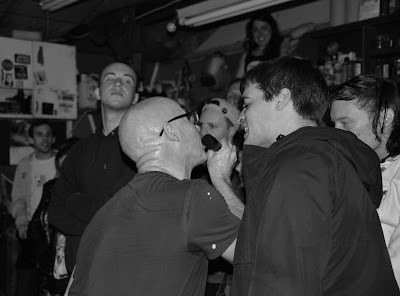 ---What got you guys fired up back in the day to start the band, whether it was musically and what message you wanted to get across?

Musically, as far as actually getting the band going, it was probably the explosion in Boston that was going on with punk bands, but they weren't political or anything. The Neighborhoods, La Peste and Mission of Burma, they were like the bigger bands in Boston at the time, and everything at that time was still in its infant stage. We'd latch onto it, you'd be going to loft parties and then you're meeting people. Then it was funny, by the time you actually play your first show, you knew most of the people who were going to the shows anyway. That was kind of the genesis of it.


---What bands kicked you in the direction that you went?

That was pretty easy: The Clash, Gang of Four, Bob Dylan, it was basically all in a political vein.  At the time, it seemed like there was a band coming out every week, or bands that were out that you hadn't heard of. 'Cause now, it's so easy, but back then you had to search the shit out. People would say, "You guys sound kinda like Wire," (we said), "Let's go buy a Wire album." It was exciting in '79-'80-'81.


---What was the message you guys were trying to get across?

Back then, a lot of people thought for some reason, and I can understand why they would think that,  is that we were kind of like telling people what to do and what to think. We never wanted that, we just wanted to throw our shit out there... "What do you think of this idea?" The whole thing was always like an open discussion with our fans. Somebody said once, most of the hardcore bands, they're very preachy, whether it's straight edge or whatever they do. We're not really a true hardcore band and we will not preach, that's the last thing we wanna do. 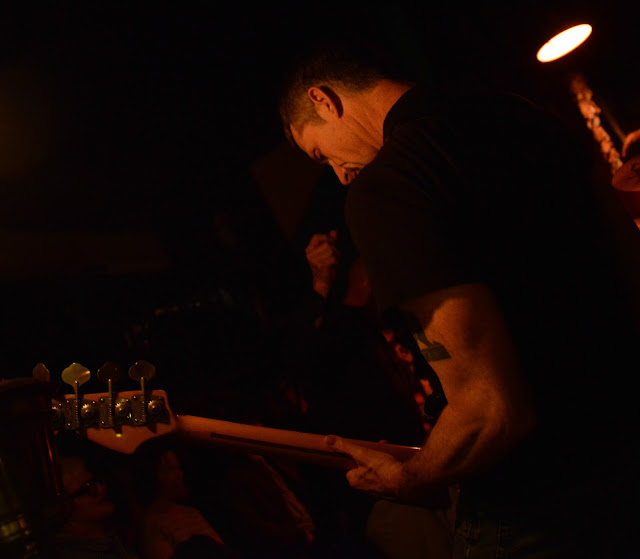 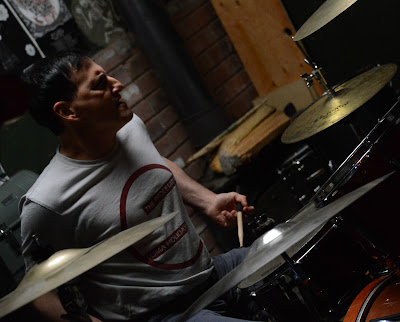 ---What were some of the events of the day that struck a nerve with you. Whether it was on a national level or whether it was something that was happening in your neighborhood or your state?

It was really pretty easy: With Ronald Reagan at the helm, it's not that dissimilar than Donald Trump being at the helm. Somebody said to me when we first booked the shows in October-November, "You know, it would be really good for you guys if Trump won." I said, "It's almost like fish in a barrel, 'cause there's gonna be a problem a day." Through 60-some days, there's been a problem every fucking day. It's incredible.


---I was thinking the same thing. When you look back on a lot of the lyrics the different bands were writing back then, and they apply to now. And it's scary. I know that a lot of people were saying like, "Oh, punk rock's gonna get good again." I don't want punk rock to get good again if it's gonna mean what's going on now.

It looks like this, Reagan was a lot smarter than Trump. They candy coated everything, that whole grandfatherly, "Oh, shucks, let's just try to plug on" and he fooled everyone. Trump's not fooling that many people -- he fooled about 38 percent of the population he needed then, he's not fooling anyone now. 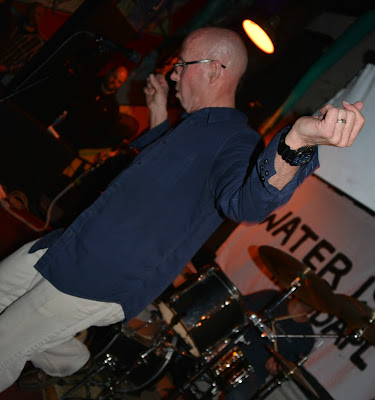 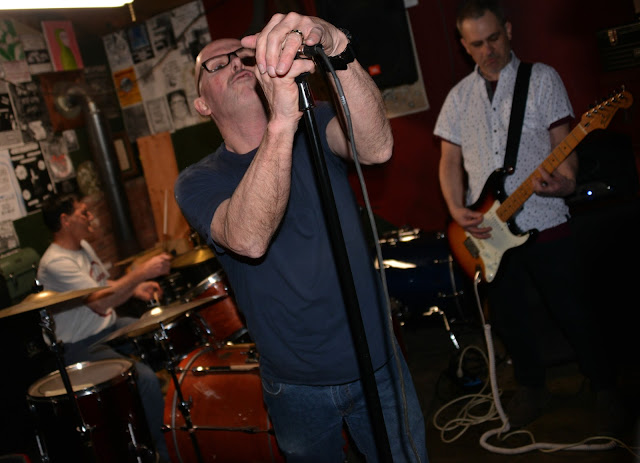 --- When you're up there playing, what are you feeling?

You know what's really strange is that first handful of shows we played, it was really joyous. I'd never had more fun. It was not the headache. Clubs and stuff were nice to you. They were never nice to you back in the day, they hated you. "Fucking garbage punk band," and the soundguys hated you. Now, everyone likes you, that was odd. I commented to Peter the bass player, "This is fucking weird. We used to be just so pissed off." And then by the time we played New York, the last show we played of that first string of shows, it was back -- the fuck-this, pissed off attitude was back.


--- 'Cause you can't help but have what's going on around you affect what you're doing, especially when the lyrics are mirroring (what's happening now).

Right. I have two daughters, one's 15 and one's 13, and the 13-year-old's in middle school. And one of her teachers was an old disc jockey at a college station in Kingston, RI, and he says (as Richard's daughter was wearing a Proletariat T-shirt) your father's not ... "Oh, just wait, we have a section on your father's lyrics." So he sends this letter home, "I can't believe this (etc)." He says, "I was your biggest fan, I use your lyrics in class." I said I really take that as the highest compliment. 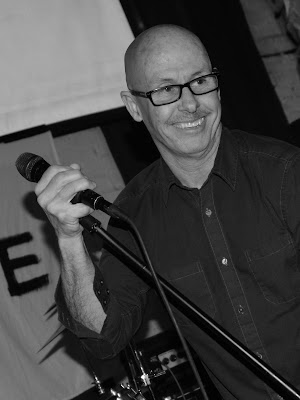