Q and A with Boston's potent punk trio Silver Screams

When the bass and drums come rumbling forth... strap yourself in for the Silver Screams excursion.

And when the guitar and vocals kick in, jackhammering at you on the opening track "Dead Air," you reside in an ideal spot if your homestead flies the flag of jarring punk 'n roll.

From start to finish on the Boston band's latest release, "Defective Machines," the expertly crafted and thought-provoking songs soon seep into your brain and you're better off after spending time with these tunes. There's grit, there's melody and everything else that made you stoked to veer into the punk zone when your number was called.

As if the their originals weren't enough to get the blood pumping, there's a revved up version of Joy Division's "Disorder" on the 12-inch "radioactive orange splatter" vinyl offering that I've got in my possession. (The Bandcamp download features killer versions of The Freeze's "Freak Show" and Echo and the Bunnymen's "Crocodiles.")


** What’s the message you are trying to get across with the new record?

NIFF: Humanity is broken and in decay. We keep retreading the same grounds, we keep fucking up and we never learn our lesson. We just keep doing it over and over again.

** How have these songs been received at gigs and those who have heard the album?

EARTHDOG: So far everything has been really positive, both in the live setting and with online reviews. I only remember one negative review on the first EP, so if we top that with this one we will be in good shape.

** What were your thoughts when you were writing these songs? Did you think you had something special on your hands?

NIFF: I was thinking -- shit these songs are fun to play but goddammit this practice space is too fucking hot.

EARTHDOG: Lyrically "Defective Machines" is all Niff's perspective versus the first EP. But musically I can say we are always trying to come up with creative arrangements to complement the lyrical ideas that are being conveyed.

** What inspired you to start the band?

SNARLY: Opportunity. Me and Niff played Misfits covers for years, and when Earthdog moved up from the DC area, we thought it would be cool to put a power trio together and see how that went. The first practice was so awful that we almost packed it in then and there -- we covered “Ceremony” by New Order -- poorly! But thankfully we gave it another couple of spins.

EARTHDOG: All of the above is certainly true. However, a couple things happened before that to make me aware of Niff. One was getting his previous band’s CD to review (By the Throat) for Razorcake magazine. Then when I moved to Boston, I went to see By the Throat play at a skate park out in the ‘burbs. I noticed that Niff had a sticker of my last band (Sleeper Agent!) on his board. We didn’t talk that day, but I made a mental note to follow up via email later on. It turns out he had seen me play in Baltimore at The Ottobar a little while back. So it all kind of randomly came together. Niff knew of Snarly’s skills so in the fall of 2012 we met up.

** What has kept the band moving forward?

SNARLY: We all love punk rock, but we have a pretty wide idea of what that means.  We like to play, write, and play what we write. We also play what other people wrote better than we could. It’s an easy formula and we don’t try to complicate it.

EARTHDOG: I think we want to play great shows, big or small. To continue to write songs that are new and out of the ordinary to our ears as well. If I can write songs that people are possessed to get up onstage and sing the chorus with us, then I am as happy as a pig in a blanket. 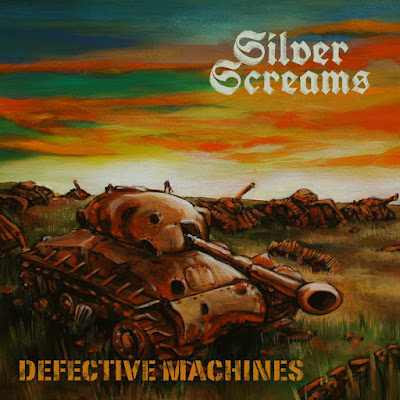 ** I was in a band long ago and dealt with personality clashes, what is the key to keeping the band together?

SNARLY: It comes down to 2 things: playing new stuff and not being assholes to each other. We make music and we treat each other with respect. It’s basic stuff, but lots of bands don’t get this.

EARTHDOG: We work well together as a team, and there are no ego clashes so it makes the engine run smoothly.

NIFF: To add to that, we’ve all been playing in multiple bands & doing this for a long ass time, and we know the drill. We don’t have ridiculous rock star expectations, & I think we all keep showing up for the same reasons. It keeps things moving drama free.

** Do you guys all contribute to the writing? What’s the process like?

SNARLY: Niff and Earthdog do the writing, sometimes separately and sometimes on the same song. I keep the fridge stocked with beer too cheap for them to drink, and play along. After a few practices, things take shape.

EARTHDOG: I think because we are all willing to tinker with everyone else’s ideas when they are brought in, we end up with better songs. I’ve come in with music and said to Niff, “it will be better if you write the words on this one.” If someone has a better chorus for a song, we try it out and no one has a hissy fit.

NIFF: My head is almost always overflowing with ideas, they just come to me organically. Some of our songs are brand new ideas, some are songs from years ago (like "Straightjacket," which was a By The Throat song we never recorded) but most ideas are brought to the space by Sean (Earthdog) or I, and we just work through them til we think they sound good. Sometimes they click immediately, and sometimes they take months to finish. We’ll change the arrangement, add an ending, or a bridge, or I’ll rewrite the lyrics completely. Some things just start out with a cool riff and turn into something.

** What have been some highlights for you guys so far and what are some of your goals still to be accomplished?

SNARLY: One nice thing about being over the hill punk-wise is that the Music Career Aspirations were beaten out of us long ago. We want to play fun shows with fun bands and fun crowds. We love getting out of town and want to do more of that.

EARTHDOG: It is a thrill for me to open for established bands and then get unsolicited praise from them afterwards. When that has happened with bands like Scream and Classic Ruins I always have to remember not to “geek” out.

NIFF: Playing with Agent Orange & Scream were highlights for me, loved both those bands as a teenager. But playing the local Greek Club in Somerville with old friends like Black Cheers, Tenafly Vipers or Duck & Cover is always a highlight too. We’ve done that 4 years in a row as kind of a punk Xmas party in December and it’s a blast.

** What’s the best piece of advice you’ve received from other musicians, and what would your message be for up and coming bands?

SNARLY: “When you don’t create things, you become defined by your tastes rather than ability. Your tastes only narrow and exclude people. So create.” (why the lucky stiff)

EARTHDOG: If you believe in it and feel good about doing it, then keep doing it as long as it is fun for you. Even if others may say you are wasting your time. Creating something on your own is never a waste of time.

NIFF: Play for yourself. Do what makes you happy. No one can ever take that away from you.