Digging into Monolord's 'No Comfort' / Interview

After ramming Monolord's latest release, "No Comfort," into the CD player, the opening tune, "The Bastard Son," rattled my cage with the familiar grinding slugfest that the Gothenburg, Sweden trio first gouged my ears with when we witnessed them live in Austin, Texas, in 2015.

If I had a broken door handle or dent in the car, the Monolord hammering away would have surely fixed my vehicle's faults. I might need an oil change earlier than usual, though.

As the record continues, Thomas V. Jäger (guitars and vocals), Esben Willems (drums) and Mika Häkki (bass) stay the heavy course, but soon sweep the bone-crushing away with a dose of mellow yet stirring fare. It's a stellar and stunning amalgamation of myriad styles that stokes the ears and gives the car a chance to heal after the initial blistering barrage.

Here's an email Q and A with Mika about the new album: 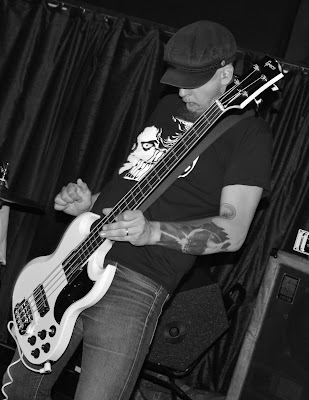 **Why the move to Relapse Records from RidingEasy Records for "No Comfort"?

Well it was a mutual decision from both the band and RidingEasy, since we thought that we've come as far as we can with RidingEasy. We're still very close friends with Daniel and he hooked us up with the guys from Relapse for a meeting. Feels like we've gotten to a good start with them and we're looking forward to see what we can do together. 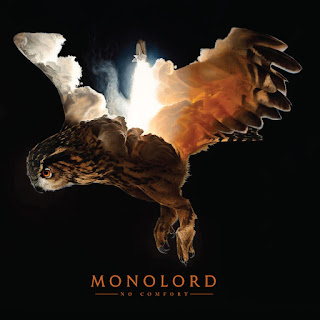 **What were you hoping to achieve with this album when you started writing songs?

I can't deny there wasn't any pressure since we were gonna release the album on a new label, but other than that we had the same hopes as we always do when doing music. We want to create something that sounds like us, something that moves us and something we can fully stand behind when it's out there.

I'm very happy with the album! I just listened to it on the release day, for the first time since we turned in the master. And I feel really good about the songs and the mix.


**"Larvae" is absolutely epic and probably one of your most melodic, yet still pummeling tunes. Discus how that song came about.

"Larvae" is written by Thomas and we arranged it together. It's definitely one of my favorites at the moment. We just started to play it live a few days ago, and it already sits very nicely together. The guitar melodies together with the basslines came together pretty well I think. And it has the heaviest riff of the album in the end, haha. 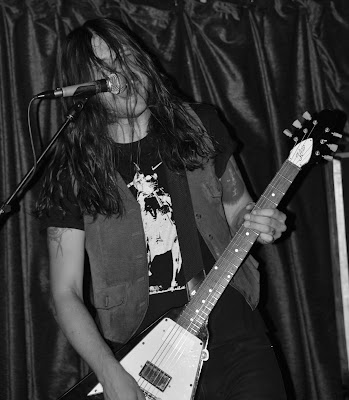 ** What are some of the challenges when writing a fourth full-length album with three solid efforts already in the can? What are the discussions like between you three while you're in the writing process?

I don't really think there's any different challenges from album 2 to album 4. In the end, the most important thing for us all is that we ourselves are happy about the album. That we don't just repeat the same album over and over again. It helps  that all three of us find it easy to communicate about all of this together. We're all excited about new sounds and how to work those into our songs.


** While "Alone Together" and "No Comfort" aren't as heavy sonically, they're vital tunes in your repertoire. Are they just as moving for you to perform as the harder stuff?

Most definitely. It was in a way, a big leap to leave the fuzz off from "Alone Together." But it felt really natural once you tried that. Since the song is heavy in another way. It left space to be creative in a different way. I for example used a fretless bass for that song, which was super fun! And "No Comfort" definitely has a heaviness to it. The melancholy and sadness weighs a ton. I really enjoy that approach to songs, coming from a background with sad country songs. 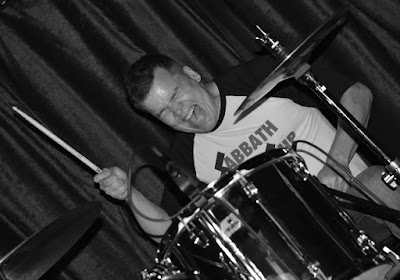 **How are the new songs being received by fans in the live setting? Are you just as thrilled to play them along with the old tunes?

So far we've had a great response! It's always exciting to play the new songs for the first time. It takes a few gigs to really find the best spot for them in the setlist, but it's fun to see people's reactions when you play the new stuff.


**You've been "Delivering Decibels since 2014" ... what's life like in the Monolord camp these days? Are you still as hungry to destroy eardrums to this day?

Most definitely!! We've been working hard lately and life can get a bit stressful, like everyone else's. But once we get on that stage and turn on our amps, it's clear that this is what we've always suppose to do. And this fall we're touring all over Europe and then a month in USA. All in all for about two months. You can't really be on the road for that long if you don't love what you're doing. 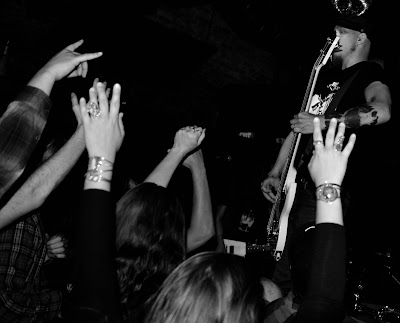