Original members of The Damned reunite for UK tour


Stellar news on The Damned front today as the legendary band has announced that original members Dave Vanian, Rat Scabies, Captain Sensible and Brian James will reunite for a four-date UK tour in July of 2021. 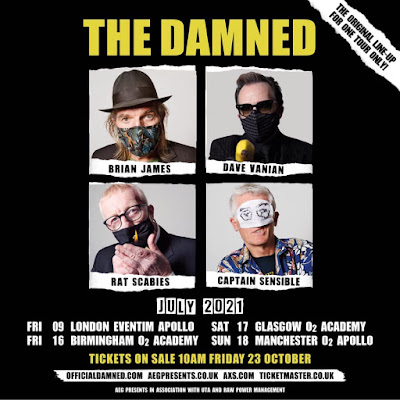