Professor and the Madman returns to the music world with 'Seance' 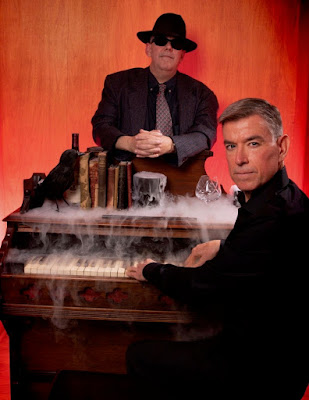 Half of Professor and the Madman, from left, Sean Elliott and Alfie Agnew. Photo by John Gilhooley

Is it punk? Is it prog? Does it matter?

With musicians stationed in Orange County, CA and insanely far off in the UK, Professor and the Madman voraciously dig into both realms.

"If there is a prog-punk movement, I'd like to be a part of it, 'cause I think it sounds cool. It's kind of a contradiction in terms," said Sean Elliott, whose band's new album "Seance" has been tagged as prog-punk in the UK press.

"I'm pretty happy with it. There's no record company telling us, 'No, it's not punk enough,' or, 'We can't sell this,' or, 'We can't get radio play.' We walk into it knowing that there is no radio play and no one's gonna like it, and we're still gonna do it," Elliott adds with a snarky laugh. Somewhere in OC, Elliott's longtime partner in PATM crime Alfie Agnew is probably smiling while he's thinking about the new album, which will be released today on the band's own Fullertone Recordings imprint.

While The Damned is the obvious jumping-in point sound-wise -- especially since the UK faction of drummer Rat Scabies and bassist Paul Gray round out the foursome -- there's also myriad other styles that PATM unleashes on "Seance," which offers up 12 songs and just as many moods. Add in some pop, rock and psych sounds and your eardrums are off and running.

After Elliott and Agnew -- who blasted guitar riffs together for punk-rock ragers DI back in the day -- completed their parts for the "Seance" tunes, they fired the files off to Scabies and Gray to work their magic. Like what happened on the band's "Disintegrate Me" album in 2018, the OC lads couldn't wait to get their hands on the UK blokes' finished product.

"We send these songs off. Everyone gets to do their part to it... and then it kind of comes back as this new song," Elliott recalls. "We're always kind of like waiting for, 'OK, I wonder what they did.' Every time we get it back, it's better than what we had expected it to be. As a songwriter, that is like the most fulfilling thing ever. If you write a song, it's very personal, and if someone starts destroying it and puts something that you don't like on the song, it can be frustrating."

Per usual, Elliott and Agnew both trade off vocals and man the guitars and keyboards, while adding in horns and even a tea kettle and bamboo.

This is the band's fifth album -- including the "Live at the 100 Club" release from a UK gig -- and Scabies has been on board with Elliott and Agnew the whole way (Scabies also emailed his tracks to the guys for the first pair of albums). This is Gray's third time with the gang, and he joined up three years after Scabies met the OC boys in Los Angeles when Elliott's old high school band played a private party with Agnew filling in on bass.

The Critens lured Scabies up on stage to play on their cover of "Smash it Up" and a bond was instantly formed. Elliott and Agnew rekindled their friendship that night as well after not seeing each other for a while.

"Not working with the guy for forever, immediately we got back in and that spirit was still there, then we started recording. It's been real easy for us to work together," Elliott said.

Same thing with Scabies and Gray, Elliott noted: "You send them apart for 25 years, you put 'em right back in and they sound just as good as they did back then. It's because they work well together. Neither of those guys rehearse, they just go for it and it sounds good."

Elliott said the songwriting process is all about having fun and throwing a couple of wrenches into the mix to see what PATM can concoct. They engineered and produced "Seance" themselves, so nobody was sticking their head into their studio playpen.

"The music we're doing now is kind of what we were accustomed to growing up, you know? The more fantasy type albums, and just, when you listen to 'em, they would take you someplace else. You know, albums haven't been like that in a long time," Elliott said. "Face it, we're not doing this for the money, so it's for the art of it. And if we're doing it for the art, we're gonna do exactly what we wanna do, and this is what's coming out."

They didn't have a solid plan in mind when beginning the "Seance" sessions. They just let their creativity flow and trekked to meaningful and exciting ground. Along the way, they were calling upon the spirit of some of their favorite bands like the Kinks, Pink Floyd and Cheap Trick. The good stuff, Elliott said.

"I'm a believer in the album revealing itself eventually. We're working on it and moving forward and sometimes we don't know what's going to come out of it. So as far as what were we thinking, we didn't, it was just instinct to do it and see what happens," Elliott said.

It's tough for Elliott to pin down a few of his preferred tracks because they are all key components to the whole deal. Crucial bricks in the entire wall, I guess you could say Floyd-style.

"It just depends on where you are that day," Elliott said of standout songs. "One of the things that I like about it is you can kind of follow it from where it starts and to where it ends. It's kind of a big circle it takes you in. It's a cool album to take a slow drive to and just enjoy it."

I tell Elliott that about a week before this interview, I just so happened to be driving around Seattle while listening to "Seance." After each stop on my errand run, I couldn't wait to hear what was coming next on the song list. It was a great drive that day with PATM as my passengers. 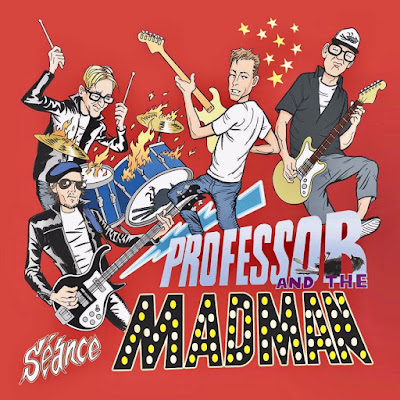