I and I Survive: New Bad Brains reissues coming your way 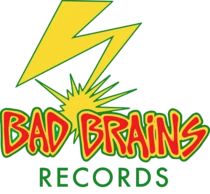 HR may not be back-flipping in your kitchen or diving on top of you near the living-room couch, but the Bad Brains' music will soon be roaring at you full throttle after receiving the restoration and remaster treatment.

After winning the rights back to most of their catalog, the Bad Brains have formed their own label, Bad Brains Records, and have partnered with Org Music to reissue a handful of hardcore gems. Dave Gardner mastered the audio at Infrasonic Mastering and the records were pressed at Furnace Record Pressing. Org will manufacture, distribute and market the records.

So, if your original "Bad Brains" yellow cassette tape has finally broken in half from copious runs through the machine, or if that "Rock for Light" album is scratched to hell, this is your place to reload on some crucial tuneage. You can attempt a back flip while reliving your glory days at the front of the stage if you want, but that's your call.

* "The Youth are Getting Restless" (Live 1987 at the Paradiso, Amsterdam) album

The self-titled, "Rock for Light" and "Quickness" albums will also be available in a limited “Punk Note” edition with alternate packaging artwork from designer John Yates (Stealworks) on a special color pressing. The Blue Note-style covers recognize that label's influential artists Reid Miles and Francis Wolff and transport fans visually back even further in music history. From jazz to punk and reggae -- not a bad ride.