That's what people always told us back in the '80s. But that was OK, we were used to getting yelled at wherever we went for being punk rockers -- listening to the forbidden music.

DEVO were strange guys back then, they still are these days. They were going against the grain, they were visionaries, they were funny and they were brilliant.

DEVO lost one of its Bobs on Monday -- Bob Casale or "Bob2," who passed away at age 61 from conditions that led to heart failure, according to his brother and DEVO bandmate, Gerald, in a statement.

Another DEVO member, Alan Myers, their drummer from 1976-1986, died last year from stomach cancer at age 58.

Following are statements and memories from DEVO members (taken from their website) and There's Something Hard in There contributors:

"Bob2" Casale was the person who introduced me to Mark and Jerry of DEVO way back in the 1990s, which eventually led to me officially working for the band starting in the late 90s/early 2Ks. Definitely changed my life. He was a very warm and friendly guy, and every DEVO fan who has ever met him will tell you that.

As an original member of DEVO, Bob Casale was there in the trenches with me from the beginning. He was my level-headed brother, a solid performer and talented audio engineer, always giving more than he got. He was excited about the possibility of Mark Mothersbaugh allowing DEVO to play shows again. His sudden death from conditions that lead to heart failure came as a total shock to us all.

I'm heartbroken about Bob Casale's sudden passing. I will always miss him.

We are shocked and saddened by Bob Casale’s passing. He not only was integral in DEVO’s sound, he worked over twenty years at Mutato, collaborating with me on sixty or seventy films and television shows, not to mention countless commercials and many video games. Bob was instrumental in creating the sound of projects as varied as Rugrats and Wes Anderson’s films. He was a great friend. I will miss him greatly.


Keith Morris, OFF! and Flag:

DEVO = GENIUS! Where did these holdouts from "The Revenge Of The  Nerds" come up with so much cool and disjointed rock action? These guys predicted "The dumb down" with their prediction of De-evolution! YEA FOR THE DEVO!

When I was a kid, my mom was hanging out with members of Zappa's band, the Mothers of Invention, and Captain Beefheart. In 1973, they all came back from a tour, and a guy that all of us kids called Uncle Don, handed me a cassette, and said, "If you like trippy music, you'll love this!" It was a tape of DEVO. He had gotten it from one of them in Akron, Ohio at a Zappa gig. Turns out Uncle Don WAS Captain Beefheart. And when I first saw DEVO in L.A., I told them about that moment when I was first turned on to them. "Bob2" told me that he remembered meeting those guys. It's a beautiful world we live in! 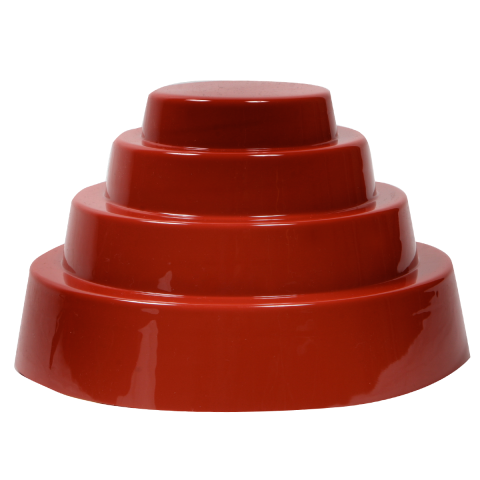 My most vivid memories are listening to DEVO's music and saying how different and cool and weird and awesome this shit was.

I remember drinking Peppermint Schnapps in the Santa Monica Civic parking lot prior to the two shows in 1980 -- and almost not getting to go to the second show because I was drunk or something like that.

I remember listening to "Duty Now for the Future" about 1,000 times in our room playing Atari "Breakout" with Craig and Harry Reitberger and dipping Copenhagen.

I remember wearing yellow DEVO suits with energy domes with Chris Wilson to Bishop Montgomery High School and getting apples thrown at us by Pat Carmody and A.J. Matel.

I remember seeing DEVO at some place in Ventura in the late '80s with Tom Ganley.

And I remember seeing them lastly at the Bank of America Pavilion in Boston in 2008 with my wife Suzanne when we first started dating.

Although I’m not old enough to have been around for DEVO’s heyday in the late ‘70s and early ‘80s, I did become a fan of theirs when I checked out "Freedom of Choice" from the public library when I was 19. A few years later, I bought "Q: Are We Not Men? A: We Are Devo!," "Duty Now for the Future," "New Traditionalists" and eventually got both "Hardcore Devo: Volume One" and "Hardcore Devo: Volume Two" along with other odds and ends and they became one of my favorite bands.

I didn’t get to see them play until I saw them at Central Park Summerstage with The Yeah Yeah Yeahs opening in the summer of 2004. From what I remember, the weather had been a bit inclement during the YYYs’ set with occasional light rain and drizzle. It was a harbinger of what was to come, though. I don’t remember that much about what DEVO played that night other than that they mostly stuck to their first four (and best) albums and a few from the fifth like “That’s Good.” They encored with “Beautiful World,” as sung by their mascot Booji Boy (i.e. Mark Mothersbaugh in disguise) and then as if on cue, the very second that they ended their set, the rain poured down from the heavens. I took refuge in the VIP tent and stayed there until the huge summer thunderstorm subsided.

Four years later, I saw them again here in Philadelphia at Festival Pier (like Central Park Summerstage, another large outdoor venue) and again, after their set, it started to rain although it wasn’t the torrent of precipitation that had occurred after the first time I saw them. Regardless, it was as if they had the power to control the weather. Sometimes I wonder if they would snicker at those kind of notions, but regardless it is awful that both Myers and now "Bob2" have passed away within seven months of each other. I never met either of them, but this week I am honoring them by listening to their music. I would like to think that they would have wanted it that way.