At moments, it seemed like the members of Jawbox would rip themselves out of their own skin. From ferocious to somewhat tame and back again -- with melodies wedging their way into the fray -- the foursome of J. Robbins (guitar/vocals), Kim Coletta (bass), Bill Barbot (guitar/vocals) and Zach Barocas (drums) unleashed an 80-minute set of blistering proportions on July 9 at Neumos in Seattle.

Victory was theirs, even when Barocas' drum pedal lost the fight about midway through the gig. While Robbins continued to lightly strum his guitar, another pedal was put into place. Coletta snatched the fallen pedal and hoisted it above her head like a trophy and smiled at the cheering crowd. When the song kicked back into gear, Barocas' drumming was even more searing than before as the band locked into place and gutted it out.

It was good to witness the band back in action again after many years and they were enjoying the shit out of the show. Amid the musical barrage, there were plenty of smiles and laughs all around -- from both band and crowd. Exactly the way it should go down.

Following is a phone interview I conducted with Robbins on July 3:

It’s been going really great. It’s been super super fun and positive. Things that are occasionally problematic, like the other night in DC, Bill broke, I think he broke eight strings. I’m not even exaggerating. It was like every other song it seemed like he broke a string, but, you know, there are times in bands when that sort of thing happens, and there’s acrimony or people just get mad at themselves or it just derails a show or whatever, and I feel like our solidarity is very strong. Which is a really high priority of doing this again is to come back and really have a strong teamwork kind of vibe. Everybody is psyched and having fun and it seems to be well received. I feel like we are in some regards a better band than when we were actually a band, so that’s a pretty great feeling to have. To feel like we know a little better what we’re trying to execute and we’re a little better at executing it and we’re better at listening to each other, ‘cause we have 20 years of continuous friendship to fuel the effort.


*** The bonds are key, and that was something I was gonna flow into here a little later, but we’ll do it now… What did you miss the most about playing with the band that you’re getting back into here as you go?

I do think that the No. 1 thing that I’m really loving and that I probably didn’t even realize that I missed was just a sort of social aspect of it… just banter, you know? We’re good at making each other laugh, and I like that, a little like repartee (laughs).


***If you’re not having a good time and bouncing jokes and cracks off each other, it’s tough to withstand a tour.

Yeah. Every band that I’ve been in has had a good kind of social glue. It’s not to imply that I’ve been in other bands where it didn’t feel like that, but it’s just that with this particular band, 23 years later, it’s nice that we’ve all had this continuous connection. Everybody has been in touch or been in a fairly, at times, close association. These are some of my closest friends. It’s cool to come back to this in that context.


***When you’re playing these songs live, do any of these songs in particular maybe bring out some emotions that you didn’t see coming?

Unexpected feeling? Maybe. I’ll tell you something that probably sounds ridiculous. So we have this song called “Chinese Fork Tie,” it’s our noisiest and most brutal song in a lot of ways. The name came from this absurd tour joke that Zach came up with where it was like an execution method that you would do. You’d invite the victim out to dinner and when they’d least expect it, you’ve bent the tines of the fork under the table and then you’d stick it in their neck. It was just a tour riff. But then when we were writing the song, without going too specifically into where the lyrics came from, it became much more about like taking the wind out of a self-aggrandizing person. That was sort of the theme of that song. Take the big man down. And I find myself thinking about Donald Trump when I sing that song (laughs). I don’t wanna be thinking about Donald Trump at any time. For me, it’s become a bit of a voodoo doll of Trump. Every time we play this song, I’m just like, ‘Yeah, take the fucking big man down.’


***That’s perfect. It’s interesting how songs can kind of fit into different realms, I guess, as we go along.

I didn’t anticipate having that particular use for this song — but I do (laughs). It’s a different catharsis that I expected to have.


*** Are you guys gonna write new material? What's gonna happen when you complete the dates?

We don't really know. I think it all remains to be seen. Writing music together, that's a pretty significant hurdle. I think the main hurdle that we've been trying to get over is just to sort of get our 50ish brains and bodies to sort of meet our 20-something inspiration half way and see what they can do for each other. Really, it's just been about trying to inhabit these songs and play them as well as we can and be a band.

Writing is a totally different animal, particularly in Jawbox. It's highly collaborative by necessity, by virtue of the personalities involved, it's not a dictatorial effort, and it's hard to just jump into a collaboration, particularly when the people live in different places. I thank that's something that we're taking the whole idea very slowly, but we're certainly enjoying playing shows. We're definitely open to the idea that we could play more shows.

We're not saying we're not gonna write new material, but we also all have a lot of other things going on, and that includes musical endeavors that we're already in the middle of, like Bill has his band Foxhall Stacks, in which he's the main songwriter, and I have my solo record that I've just put out, and which I wanna play those songs for people, and I have another band Channels that is working on material. We've all got a lot to sift through, but I think the No. 1 thing is to enjoy doing this on its own merits. 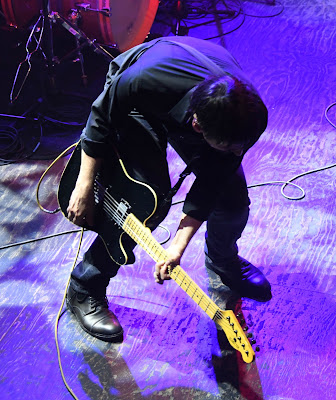 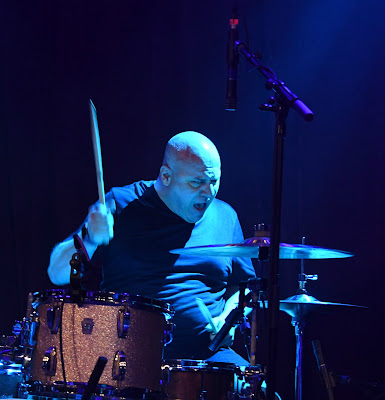 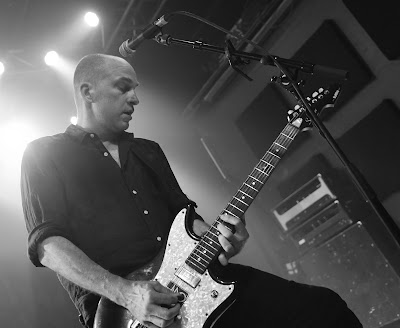 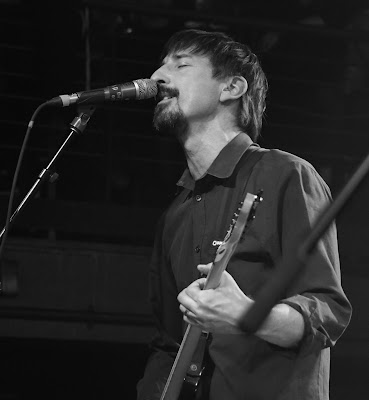 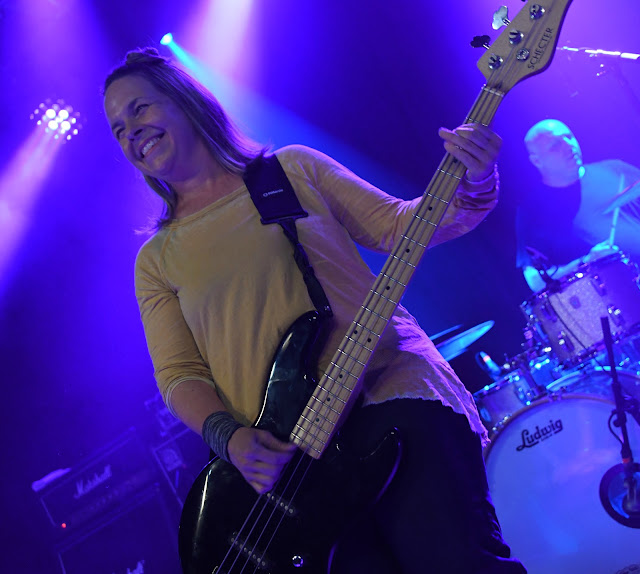 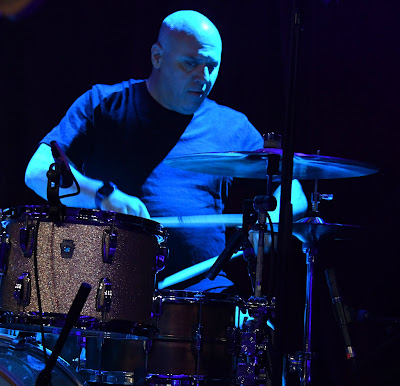 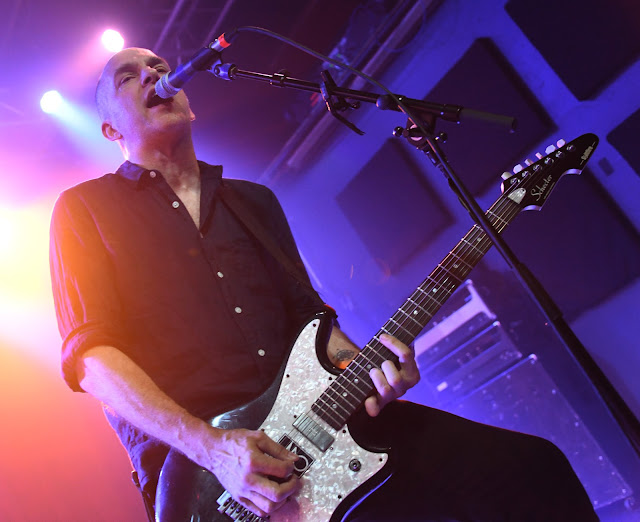 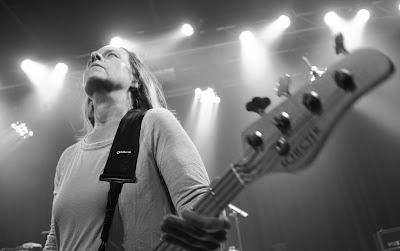 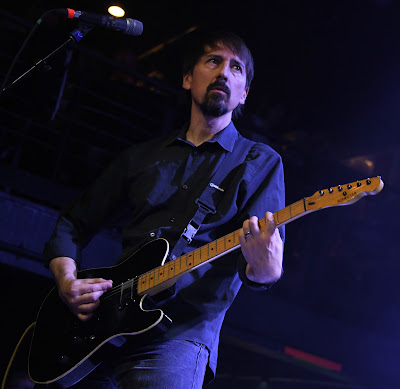 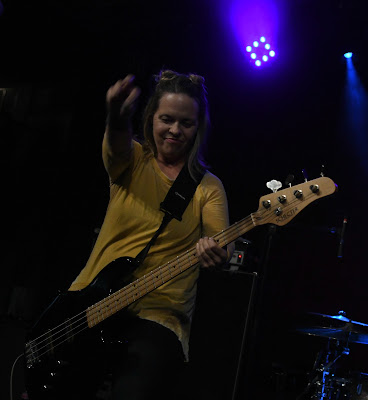 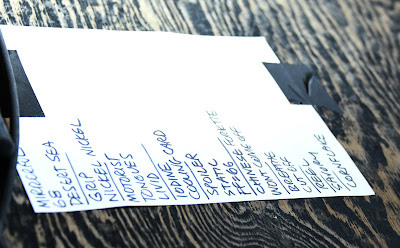