Soaring, honest music that has band members and listeners alike reaching for bigger and better things in life.

That's what The Jealous Sound brings to the table with its soft-to-loud dual guitars and rhythm section and mellow-to-intense vocals from lead man Blair Shehan that address the highs and lows of personal relationships. 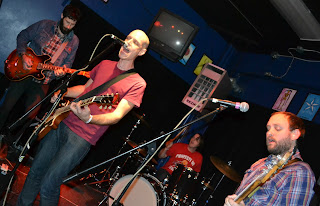 It's a rough yet inspirational journey the whole way for Shehan, who chatted with us following the band's set on Saturday at El Corazon in Seattle:

You know, it's funny doing new songs: you don't have the muscle memory like old songs; I've played the old songs a jillion times, so when you have new songs, you have to learn the tricks of what those songs require to work and you have to manipulate them, like, 'In this little spot, I'm gonna lay off.' I've forgotten that I've done it with all those old songs because it's been so long. So you have to learn those little tricks and then they get burned into your brain and then you knock them out.

We picked four that we wanted to do this tour or five, and they totally translate, they're a little bit different how they work, so it's a learning curve, you know. 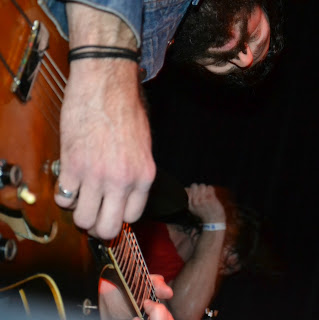 --Are they resonating well with the crowd?

Yeah, they are, but you have to remember, too, they don't know them yet, so they're not burned into their brain either. So, we're all learning them together kind of thing. It's great.

--It's kind of got to be an exciting experience to bring these out, try them out live with a crowd that would know the bulk of the (old) songs.

It's funny, you prepare as much as you can when you hit the road, and then if something rears its head, you have to fix it on the fly. There's no real time-- you have your soundchecks, 'Oh let's deal with that hot spot' or whatever. You pack your bags, you cross your fingers, you hit the road. I always liken it to scuba diving: once it starts, you have to think on your feet, 'OK, what do you do?' It's not like you're at home and be thoughtful about it, you're like, 'Oh, I gotta fix this quick,' that's what it reminds me of.

-- That's rock and roll, that's what makes rock and roll exciting is being in the moment and never really knowing what's gonna happen.

And I think the thing that I've learned over the years more than anything is, it's like a currant, it's like a river, it just flows... it comes and it goes, and it's like, 'OK, how is it overall?' -- it's great, it's fun. If you bog down in your details, you suck the life out of everything anyway.

You just roll with it, have fun -- I fuck up, somebody else fucks up, it doesn't matter, I'll go and give you a hug. It's like, 'Cool, we'll do better next time.' It's not that important, it's more about how the whole thing feels. That's what I walk away with and I hope the audience walks away with. Overall, we had a good time, you had a great time, it's an awesome ping-ponging back of energy. 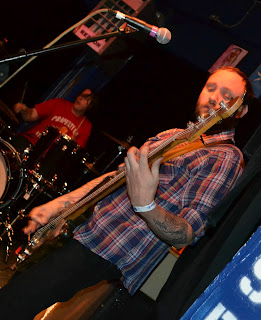 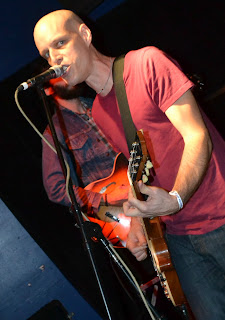 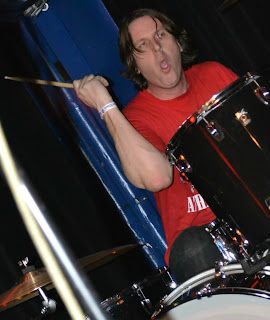 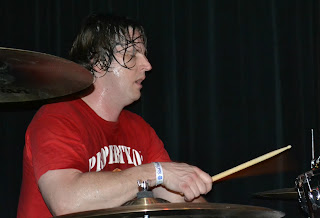 (Pauses in thought) We started to make the second record a long time ago, and I didn't finish it, and those songs were sort of... it was a different vibe at the time-- both of these records, it is what it is, I've had rough patches in life that were either self-caused or happened to me before each one, so they were pretty monumental.

Records to me in my life are like meaning and purpose, and it's something to dive into and do and accomplish, and if I've had the rough time --it's like, sort that out. It's not over till you're dead is my view, so whatever mistakes we've made or things that have happened or things that I've done poorly to other people and have been done poorly to me, that's all OK. There's tomorrow, so I always reach toward that. It's not the end of the world.

Yeah. I didn't think I was gonna make music again, my path took a different turn, and I was so grateful when my life took this turn that I could go back to that and dive into that. It legitimately gave me a meaning and purpose to do something in my life.

I feel so lucky that people still are here and I can do this thing. It's what I've always done. I walked away from it because it was difficult for me to do and it caused me a lot of anxiety and self doubt and it humbled me.

--It's the break between the first album and now?

I left because it was so difficult to do and it required so much out of me. The process was so difficult and I'd kind of be self destructive around it, I didn't really know how to operate very well.

So what I tried to do when I came back to it was, 'Oh, how do I handle this in a way that's good and healthy?,' 'How do I do this process in a way that will make sense for my life?' Coming back to it was a great learning experience  with a whole different set of tools and whole different viewpoint on how these things get done and how it interacts with my life. I can't overstate how important for me it was personally, it was really great for me. 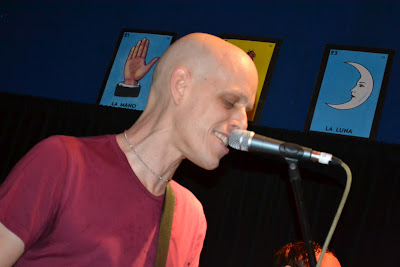