The Comet Tavern in Seattle may be way too small to fit another Black Breath gig.  Apparently, it was advertised in a local newspaper as the "place to be" that night, but as far as our crew is concerned, a Black Breath gig is always where it’s at. And Friday night’s gig (1/27/12) did not disappoint.

We got there early to secure our entrance, a little too early-- the tables were still out, which they quickly removed entirely along with most of the chairs.  Usually they will just move the tables sideways for crowded shows, but for this one, they had to completely go.

It was quickly packed as the first band hit the stage, Occult SS, who powered through their hard-hitting set.  Next up, Leatherhorn, who almost knocked it out of the park with singer Jeff swaying, screaming, screeching and sweating on and at the crowd.  Third was Scourge Schematic, loading the bases with the crowd in tow, and then the Grand Slam: Black Breath.

Black Breath worked it as they always do with a new guitar player to boot (at least since the last time we saw them).  As they blasted out their set, I had no choice but to get into the crowd with my SLR and work my way to the front, got up on a chair and was there for a few songs, then eventually was knocked down. But the bruises that are still with me today (5 days later) were totally worth it.  My neck also paid the price for the continuous head banging (when not taking photos), but seriously, whose wouldn't?

And here are some of the Black Breath results, enjoy: 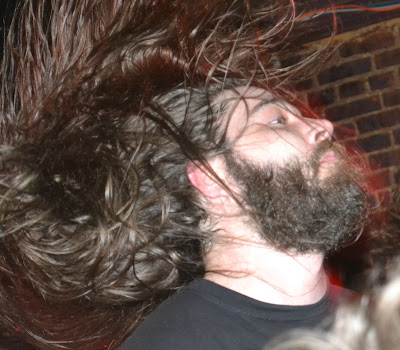 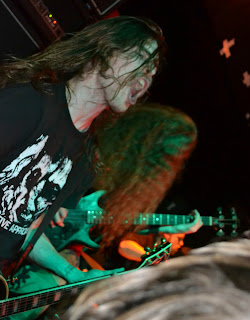 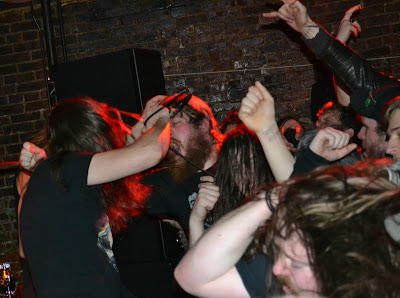 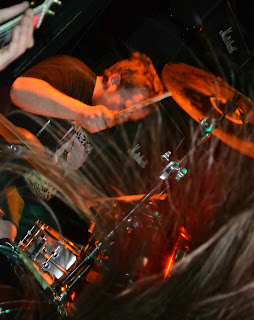 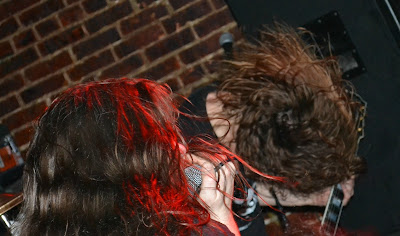