Hugh Cornwell smiled at the crowd and noted that he was quite pleased with the way he took a few songs and formed them into a Stranglers sandwich to start off his set. Some nice tasty morsels slapped together into a hunk of classic punk at Seattle's El Corazon last night.

When the dust had cleared, Cornwell -- backed by drummer king Clem Burke of Blondie fame and bassist Steve "Fish" Fishman -- bit into a host of Stranglers classics like "Hanging Around," "Peaches" and "Nice N' Sleazy" along with some solo tunes like "Nerves of Steel" and others. 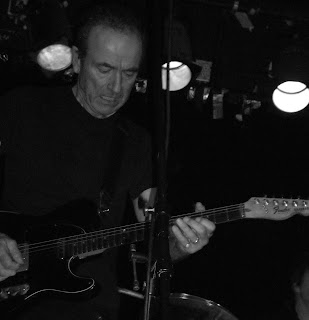 ﻿﻿
﻿﻿It was Burke's second round on the skins, as he backed Glen Matlock earlier in the evening during his set of tunes from the Sex Pistols, Rich Kids and Philistines. Burke gave each man's tunes an extra kick in the ass with his match of finesse and sledgehammering on his drum kit. (Although Cat and Andy had to take pics with our plan-B camera since the bands' policy didn't permit SLRs in the venue, we still captured the scene well. We also came to the conclusion that no camera could truly nail down Burke's drumming style. It needs to be seen to be believed.) 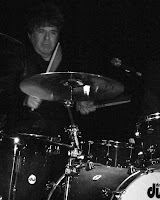 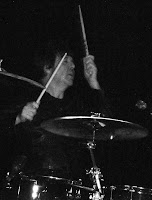 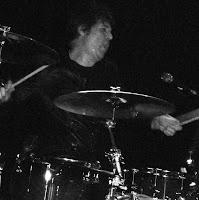 As for original Pistol Matlock, he engaged the crowd with his sense of humor and go-getter attitude as he rolled through "God Save the Queen," "Pretty Vacant," "Burning Sounds" and "Ghosts of Princes in Towers," from you know who and Rich Kids, respectively, along with Philistines songs like "On Something," "Idiot" and more.
Fishman and guitarist James Stevenson (Chelsea, Generation X, Gene Loves Jezebel and the current Alarm lineup) joined the Matlock crew during his set.

Local openers Red Jacket Mine and Toxic Kid set the stage for the one-two Matlock/Cornwell punch. 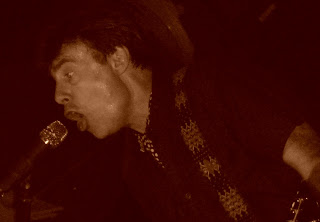