The first time I saw Bob Mould live 30 years ago with his Husker Du trio, the band charged through its set and throttled the crowd with its ultracore tunes in San Diego.

When the Minneapolis men were finished, they simply unplugged their instruments, tossed drumsticks aside and exited the small stage.

I can't remember much clapping from the attendees, maybe a few yells of approval -- certainly one from me.

Last Tuesday night, the former scenario was toppled upside down with full force when Mould and his current bandmates Jason Narducy on bass and Jon Wurster on drums performed at the Showbox Market in Seattle.

And after the band completed its 20-song set of Sugar, Mould Band and Husker songs, the man with the blazing guitar and howling voice was left on stage -- alone.

He was face to face with the loudly cheering, massive crowd. There was no usual guitar and microphone to act as a security blanket.

As he stood there smiling, the 51-year-old had a look of pride and appreciation in his eyes. Although his hands were tightly clasped together, they managed to shake a little and it seemed as if he was even a bit nervous in the moment.

After about 20 seconds, Mould stepped back, gave the crowd a thumb's up and strolled off stage.

The events leading up to that moment were stellar and brought me back to my first Husker show three decades ago.

First up was the entire Sugar "Copper Blue" album, which the trio laid into with a vigor that the crowd matched song by song.

Five songs from Mould's latest album "Silver Age" came next, and the energy level rose even higher when the band unleashed "Star Machine," "The Descent," "Round the City Square," "Steam of Hercules" and "Silver Age."

As if the up-in-front slammers and pogoers weren't getting enough, it was Husker song time. "I Apologize" and an extended "Chartered Trips" came first, and then Mould wedged the new Husker-like "Keep Believing" in there to seam the past and present together.

"Celebrated Summer" and "Makes No Sense at All" were the perfect closers. For those who hadn't experienced these songs live before, it was a treat ... For me, I will never tire of having those tunes firmly placed into my eardrums. 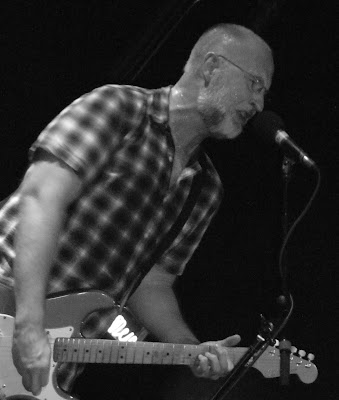