There's Something 'Heart' in There

This morning, Andy went out for coffee and called back that we had something to do at 2 p.m. today.

Ann and Nancy Wilson from Heart were going to be talking at Barnes & Noble in Northgate (Seattle) at that time promoting their new book,"Kicking and Dreaming: A Story of Heart, Soul and Rock & Roll."  You cannot pass up the iconic female rock legends, especially when it is just around the corner from our house. 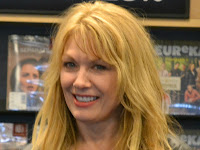 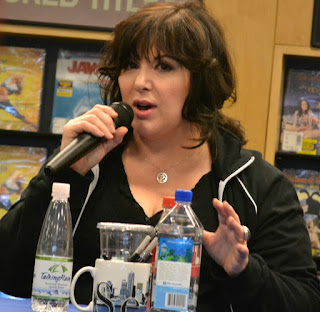 I have personally dug Heart since hearing "Barracuda" for the first time when I was a youngin' in the '70s and loving that it was a woman singing.  I, of course, had heard other woman singers, but nothing like the "balls" to the wall wailing of Ann Wilson; and when I found out that it was Nancy playing guitar like that, I was blown away.  I think that is when the incessant pleas to my father started asking for a guitar.  Unfortunately, that never happened for me back then, but much like Ann and Nancy discussed today, I also never understood why being a woman would get in the way of doing anything I wanted to do.  After wanting to also be a guitar hero, I later announced to my father that I was going to be an NFL quarterback. 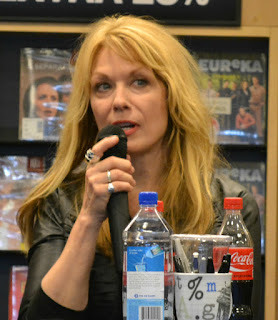 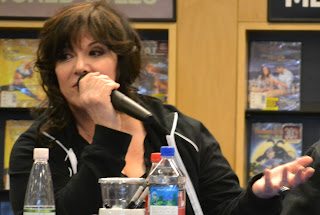 Ann and Nancy spoke briefly about "Kicking and Dreaming..." --with co-author Charles Cross--then took questions.  Unfortunately, the PA system sucked and they could not get it any louder. We figured that if they let Ann and Nancy look at it, they would have cranked it.  When people were complaining for it to be louder, Cross said this was as loud as it was going to get.  Andy spouted that "I believe these amps go to 11"--in a wanna-be fake English accent (like Nigel from "Spinal Tap").  He got a burst of laughter from the nearby crowd.

One of the things they spoke about was their early beginnings, and later success, in the male-dominated rock business.  Ann summed it up by saying, "It was an unkillable drive that Nancy and I had...it was (meant) to be". 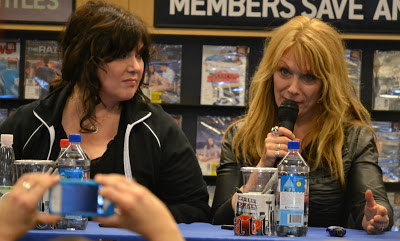