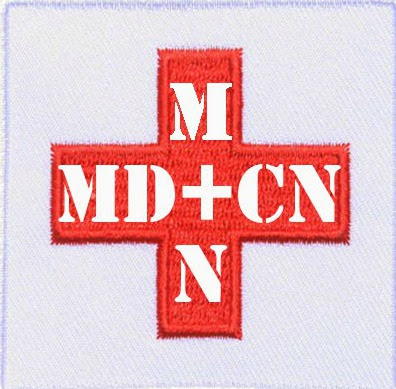 Medicine Man might not have any tunes yet, or even a full lineup, but people are anxious to hear what Brandon Jak Cruz, Bryan Migdol and Louie Mayorga will have to offer with their new band.

The Southern California-based outfit, featuring the former members of Dr. Know, Black Flag and Suicidal Tendencies, is taking its time, patiently waiting for everything to gel, before making its move and unleashing its sound to its Facebook and Twitter followers.

Cruz notes that Medicine Man already has 1,000-plus Facebook "likes," which may mean that only 100 people could show up for its first gig, he laughs. He doesn't give a damn how many people are on board. He just wants to play music with his friends and give people something to be stoked about.

"This new band Medicine Man is gonna be pretty serious about putting out something that we all agree on as being representative of us -- as we are now," said vocalist Cruz over the phone last Saturday. He doesn't know when they'll get things happening, but he's sure that the band members -- minus a guitarist at this point -- have the same vision, background and feeling about what's to come.

"It isn't going to be a place where you're going to hear any of our old bands' music, 'cause there are versions of our old bands out there doing just that, so jumping on that bandwagon would just be for all the wrong reasons," said Cruz, who wishes all those bands well at doing their thing. "I have no idea what it's gonna be (hardcore or otherwise) and that's kind of the great thing about it. It's like you've got this really great gift, but you don't quite know yet how you're gonna use it or what it's gonna do or what it's even gonna look like, but you know it's there. We all have our hands in on it and we're all working on it together.


Cruz formerly sang for Dr. Know, Mayorga played bass for Suicidal and Migdol is perhaps the crown jewel in the lineup as the original Black Flag drummer who played on its debut "Nervous Breakdown" EP in 1978. Kurt Schellenbach, formerly of Nip Drivers, initially played guitar for Medicine Man, but has left the band. Schellenbach, a graphic artist who helped design the band's logo and aided in obtaining a domain name for its future Web site, remains close with the band. Earlier this week, Medicine Man practiced with a mystery guitarist, whom Cruz said played in one of the bands on the shredding "This is Boston, Not L.A." compilation from 1982.

Cruz has known Mayorga since the early '80s and befriended Migdol online after he perused his Web page. Migdol played in Black Flag from 1976 to 1979.

"I talk with him and he's got 2 1/2 years worth of stories of working with different bass players before Dukowski was there. He was the one who surfed and had a skateboard and lived on the Strand -- that was him," Cruz said of Migdol and the song "Wasted." "He still surfs, he doesn't live on the Strand there in Hermosa anymore, but the history that he's got with that band really isn't that well known. (He was) the first guy to do this stuff and it changed Hollywood punk rock, it changed LA punk rock, it changed Southern California punk rock-- that whole energy that they brought to it."

Suicidal was a different beast in that it brought a crazy, violent gang mentality to punk rock, Cruz said. They raised shit and awareness that was pivotal to the scene and turned punk rock on its ear again, he added.


Medicine Man is keeping it old school age-wise with each member at around the 50-year-old mark or above.

"For some reason, we're just going for these people who have been around and know what they're doing and know what they like to play and are just gonna do it for fun," said Cruz, adding that they want to tap into the here and now, as well. "Something I do wanna do is to go and see all the people that I've met around the world in punk rock again and bring 'em something new."

On seeing old friends and places, Cruz adds: "You can go there again, there's no rules with punk rock. It's probably why so many of us were into it and are still into it and are still affected by it, because it gave us this freedom to just kind of start something new and try something different." Cruz said that if they failed, they laughed about it-- when things were stellar, they celebrated it.

Forming part of Medicine Man via the Internet and spreading the word via social media is an interesting way to make things happen, Cruz said of the new-school ways.

"Back in early '80-'81, putting a band together like this, there weren't enough old-school guys ... old school wasn't invented yet, we were in preschool back then," he laughed. "Now that we're the old-school guys, whatever that means,  I know kids that are 19 that say that they are old school compared to the 13-year-old that they know..."

Whatever one's age is, Medicine Man is hoping to bring new recruits into the fold when they're finally ready to rock in a live setting.

Day by day, people are becoming interested in Cruz and company's progress.

"It's brought up a lot of interest from people, it's gotten us a lot of well wishes from people that we know well and respect. A lot of the old Black Flag people have chimed in -- Ron Reyes, Greg Ginn, Henry, Keith, they've all posted something on our page and then reposted stuff from our page onto theirs about what we're doing," Cruz said.

"We're gonna be playing to kids who could be our grandkids and we'll be playing to friends our own age. That's kind of the cool thing about it is that it reaches so many generations, because punk rock is probably on its eighth or ninth go-around by now."

"When there's a void, it needs filling and Jello was not gonna be a part of the band due to their past legal and personal issues, which I had absolutely nothing to do with ... It wasn't like I had to fit into that same mold, I just had to be who I was and not try and be Jello. I didn't give a lot of political speeches in between songs about things that the songs were about; I was the lucky fan who got to hold the microphone and lead the entire crowd in one big sing-a-long. Because the songs are so important, the songs hold up, the songs still have value, the songs still have historic meaning, they still have power."

Cruz, who is married and has two teenage children, said that Oxnard, Calif., is his "home for life." He currently lives in Southern California, is a Sober Surf instructor and works in the drugs and alcohol rehabilitation field.

On being a Sober Surf instructor: "I realize how much it works for people who are battling drugs and alcohol, how it gives them a sense of freedom. My whole life since I decided to stop doing drugs and alcohol (16 1/2 years ago) has been all about helping other people. Every day I wake up without a hangover, is another day I can go surf and go be with my family and hang out with my friends and do my work ... I'm helping people, people are helping me, I'm in the ocean -- alive."

Cruz, who played a role in Rob Zombie's movie "The Lords of Salem" in 2012, checked out a Ramones gig in 1976 in London, where he was attending a premiere for the "Bad News Bears" film. Johnny and Joey Ramone were staying in the same hotel as Cruz, recognized him from "Eddie" and invited him to the gig.

"Bill was definitely a role model to me in the sense that he always showed me that if you worked really hard and you were a decent person that nothing really fucked up was gonna go wrong, although that guy suffered more emotional and mental anguish than anybody I'd seen at that point. His dad died while we were filming, his son died, then his ex-wife committed suicide all in a pretty short time period.

"He worked so much to get away from that, he didn't do any drugs or alcohol, he golfed and he golfed like a fucking monster and he probably could  have turned pro. He had this work ethic where no matter what, he always showed up. I saw what it was like to have a good work ethic, and probably not something that I put into use immediately, but it took a long time for me to be anywhere near what Bill left behind --- I don't think anybody's ever gonna achieve actually what Bill was ... so he's a one-of-a-kind guy."