Orange Goblin's Millard and his top gigs: Sabbath, Floyd and beyond 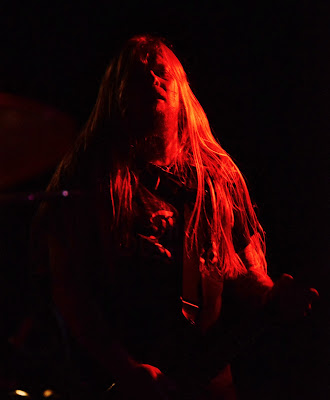 Martyn Millard -- that man with the crazy long hair.

Most of the time when he's banging his head on stage as the bassist for raging UK metalists Orange Goblin, you can't see the face that lies beneath that cascading mane.

Our blog once honored him with a gold medal for headbanging: "The way that Millard flies his locks about makes it look like he has his own personal wind machine on full force," Cat Rose wrote.

When Orange Goblin hit Seattle on Oct. 12 at the Highline, I tracked Millard down for a conversation about the top gigs he's attended and played.

Take it away, Martyn.

Sabbath with Ozzy and crew

The Black Sabbath reunion in '97 in Birmingham. There were two shows, and it was like the first time they played together in Christ knows how long, like 20 years. It was that one moment when you're just like, 'This is it, man --THIS IS IT!' Because Sabbath hadn't done anything together for so long, and to get the four of them on stage and hearing them songs which you'd grown up with and loved and they're such an influence... Orange Goblin were still quite a young band then, and we'd only been going three or four years, and just to hear them songs, it was like, 'Wow!' 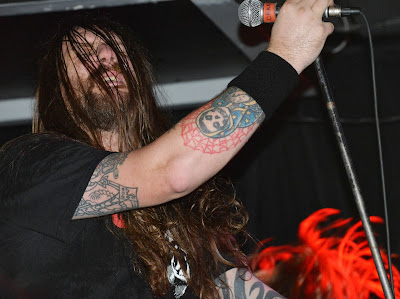 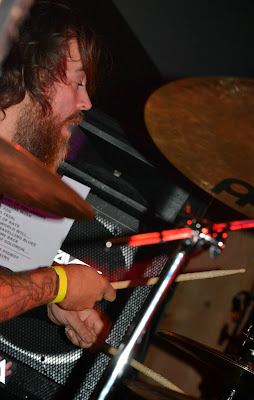 I saw Pink Floyd twice, both of them blew my mind. I saw Floyd when I was 12 at Wembley Stadium, in 1987 at the 'Momentary Lapse of Reason' tour. My dad took me. I knew who they were, and my dad was into Sabbath and Floyd and Yes and all this prog stuff, Atomic Rooster and stuff like that, so he said, 'You're going and I'm taking you.' And he kind of marched me in almost. Wembley Stadium, there's a soccer pitch, and they had a dog track to race dogs, and then a wall where the seating were. He took me in and stood me on the wall, I was only 12, and said, 'I'll see you afterwards.' And it blew my mind, it really was just incredible.

I saw Floyd again in '94 on the 'Division Bell' tour and it was just unbelievable. (In London at Earl's Court Arena.) 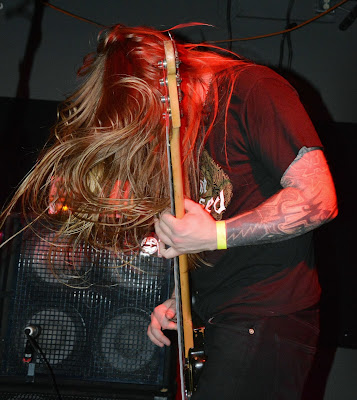 When I was 16, I saw the Gods of Grind tour: it was Carcass, Entombed, Confessor, Cathedral... and we got to know Cathedral very well, obviously. It was like nothing I'd ever seen or heard. I was kind of going that way into the death metal scene, it was like natural progression. Goblin used to be a five piece, and Pete, our guitarist, he left in 2002, we went to school together, so we grew up and we progressed into Maiden and Slayer and Metallica and onto death metal. (The gig) was chaos because what sticks in my mind is on that stage at Astoria Theater -- big stage, big cinema-- it was a stage-diving free-for-all, which I'd never seen and I've never seen since. And, of course, that's the first time you stage dive. Stage diving itself is pretty much potluck, as you stand there waving at people to catch you, which is pretty naff. I think I've done it a few times--- nah, not for me.

Thinking about it now, some of the early thrash shows I went to as a young teen were just mind-breaking. I saw Metallica at Wembley Arena in 1990, so I was 15, so that was major.

Soon after that was the Clash of the Titans tour: in the UK, it was Slayer, Megadeth, Testament and Suicidal Tendencies, and that was pretty special.

There's been thousands... I've seen so many awesome bands. They are the ones (gigs) that jump straight to my mind. We've been lucky enough to play a bunch of shows where you're like, 'Wow!' 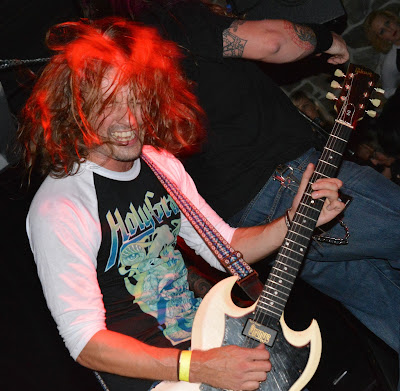 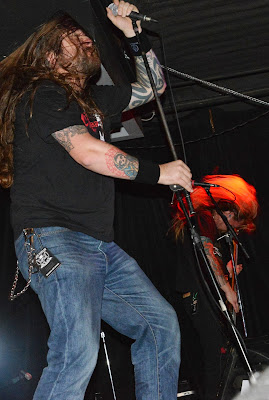 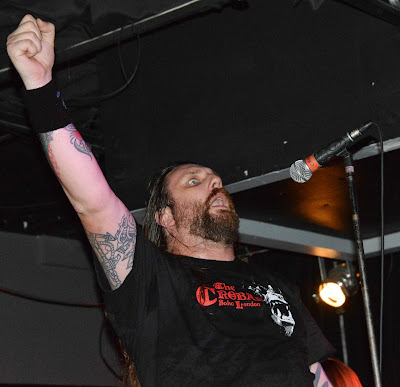 Laying down the bass with Orange Goblin

There's a bunch of different shows for different reasons, which are always great.

We grew up just near Wembley in London, all of us worked at the Wembley Arena in the bars, serving pizza and beer and stuff. And then to go back a couple years later and be supporting Alice Cooper and Dio in that arena (in 2000) and you kind of feel like, 'Fuck!' Dio was awesome, such a lovely, lovely man. He'd come out of his way everyday and come and say hello and hang out and have a beer (during the 10-day UK tour).

That show that we got signed, Lee Dorian signed us on at Rise Above Records, we were supporting Electric Wizard. It was supposed to be in a bar, but the gig got canceled and then it got moved on the day, so there were signs up saying, 'Gig's now here.' There were probably like a hundred people in a bar (in Camden), and they said, 'Yeah, we'll put it on.' I remember playing that show and going, 'Yes!.' It was before even Chris our drummer joined and we was Our Haunted Kingdom then, it wasn't even Orange Goblin (they immediately changed their name when they got signed). That kind of sticks out as one of those where we kinda knew we'd done OK and we knew Lee was there to see us.

We played Hell Fest twice, a big festival in France, and both of them shows were incredible. Like 8,000 to 10,000 people just going wild. Deafening... that roar from 10,000 people coming back at you-- just like breath-taking.

They're very few and far between, them festival shows. We play in clubs like this in front of 150, 200 people-- this is how we like it. We would take playing to more people, but this is how it is--- so we embrace it. The last two shows, we played in Portland last night and Eugene, Oregon, the night before -- the vibe has been so cool. We thrive on this sort of stuff. 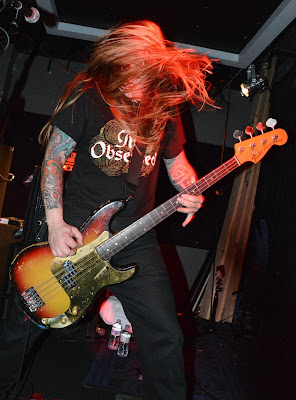 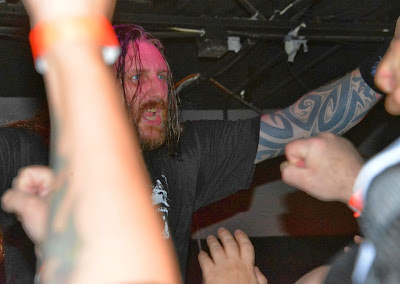