Stiff Little Fingers are still hammering away while infusing infectious melodies into our ears and wrapping our minds around pertinent topics.

For its 10th album, SLF raised funds for its release on PledgeMusic and fans rallied to help the band reach its goal in five hours. Some of the money raised will go to the Integrated Education Fund.

"Our audience has always been astonishing. Turning up in your thousands year after year. We’re always amazed and thankful. And now we can offer something back in terms of getting you involved in the actual creation of the record," the band wrote on its PledgeMusic page.

Following SLF's recent tour of the UK, Japan, Australia and New Zealand, drummer Steve Grantley answered some email questions for There's Something Hard in There. Cheers, Steve and SLF.


• This is your fourth album with SLF. What's special about this one? It's been 11 years since the last one… why did it take so long, was it worth the wait?

This album  has taken so long for various reasons. Jake moved to Chicago, which was a massive upheaval plus we scrapped a lot of material -- none of us thought it was of a high enough standard, but they delayed the whole process. We were back to square one. Jake then went through a depression, which is now well-documented and in fact the song "My Dark Places" deals with this subject.

The record is special because it's been so long since we recorded together and also because young Mr. McMordie was back in the fold. We decided to record in the US and this was a first for the band. All in all, the process was enormously enjoyable and I think it shows in the record. There's an exuberance about the music, which was born out of the enthusiasm and positive feeling in the band. We are all mates and we just had a ball hanging about together and making music. We had fun . . . and we did it in three weeks. Two weeks to record and a week to mix. That's pretty good going! And yes -- it was worth the wait. (laughs) 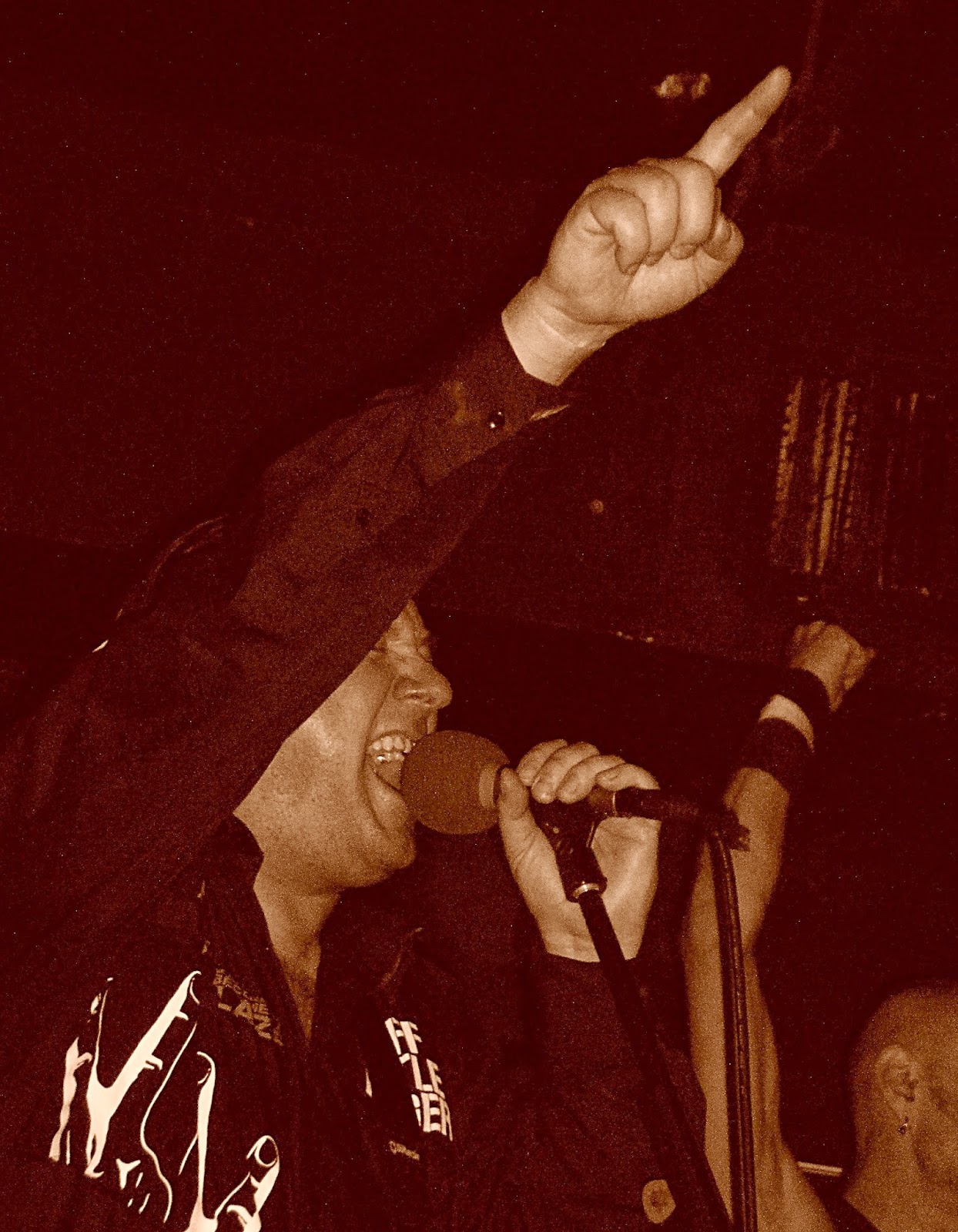 • You've played with Jake for many years, even going back to the Big Wheel days -- describe your band relationship with him? What's it like playing with him, seeing how he works, writes songs, lyrics?

Jake and I are first and foremost friends. We are mates and would seek out each other's company whether we were in a band together or not. We go right back -- through good times and bad. Playing with Jake is a pleasure because he's serious, but not pretentious. We work hard and then have fun. He's a lazy git when he writes, but it's always worth the wait. (laughs)


• What are some songs that hit home with you on the new album -- lyrically and music-wise?

My favourite song on the new album "No Going Back" is "When We Were Young" -- great tune. "I Just Care About Me" is rocking, too. I think it's a really strong album with 12 gems. I think when you write too much, you devalue the material. I like the fact that we didn't just release whatever was laying around. We were discerning and edited out the weaker tunes leaving us with 12 songs on the record; I feel ALL the songs are strong and deserve their place in the SLF canon.


• Did everyone have a hand in writing or just Jake? If everyone, what did you and the rest of the guys contribute and how does it feel to be a part of the SLF legacy of offering new songs to fans?

Jake wrote 10 of the songs, Ian wrote one and Jake and I collaborated on the final composition. We get a free hand with the material. Jake never tells me what to play -- he makes suggestions, but I really do as I please. We work hard as a band in the rehearsal room and tear things apart -- we jam a bit -- listen to rough recordings to make sure it's all blending and then go down the pub! (laughs) It's an honour to be part of SLF history and a pleasure to play with Ian, Ali and Jake.


• How have the new songs been received by fans?

The songs have been going down very well with audiences on this just past March tour -- it's a relief when you read good reviews -- you think "phew! We got it right!!!!"