'It's Germany's Cup!': Interview flashback with Toby Charles of Soccer Made in Germany 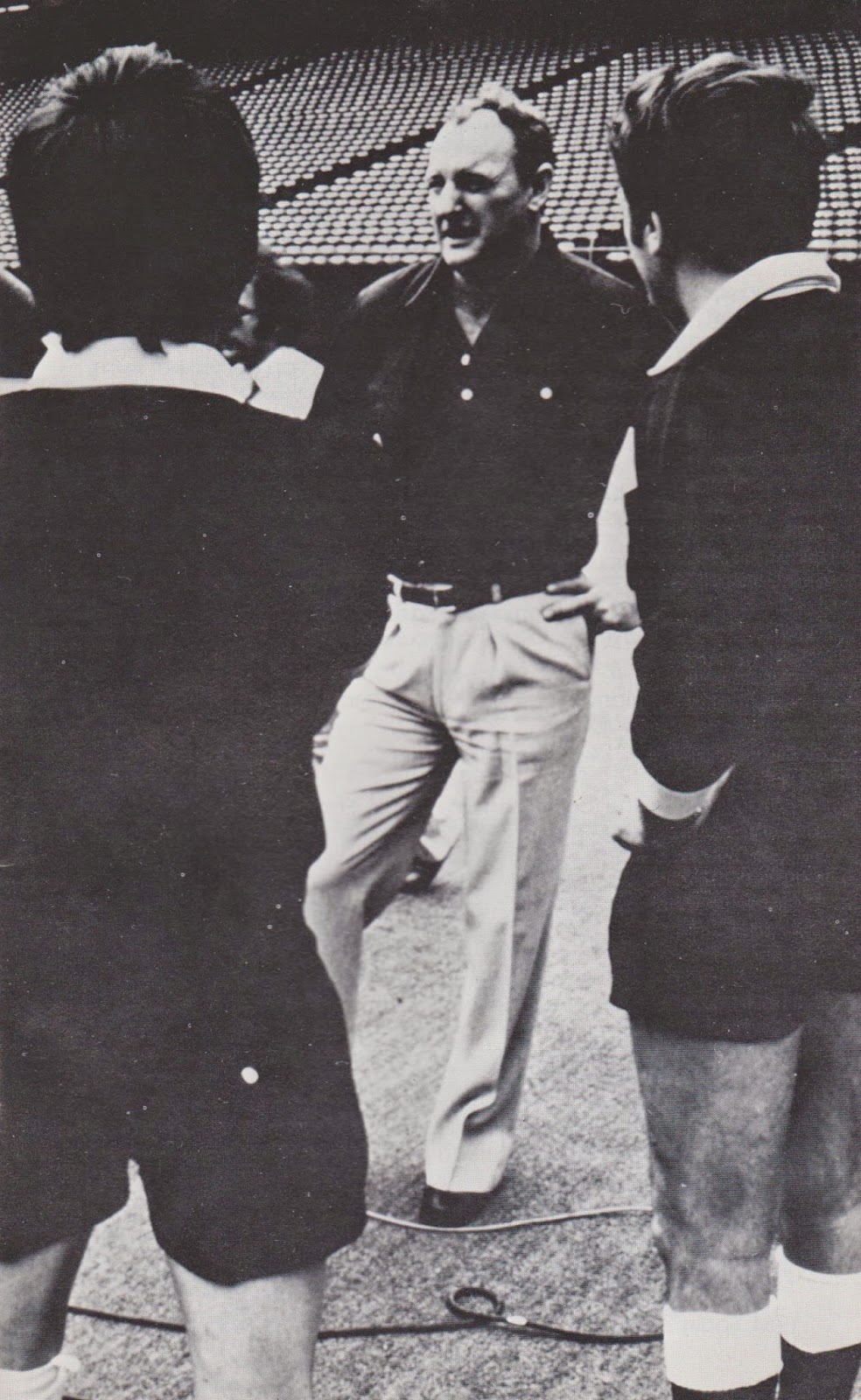 Finally, we get a chance to celebrate Germany's World Cup victory.
For a year now, Cat has been proclaiming to everyone she knows that, "It's Germany's Cup!"
It truly is... and she'll soon be collecting $20 from a friend because of her home country's massive triumph.

So here we've got a classic interview with Toby Charles, former Soccer Made in Germany commentator, from the June 6, 1981 issue of The Globe Kicker. Andy used to spend one hour on Saturday afternoons watching highlights from top-notch Bundesliga matches on a UHF channel from his Redondo Beach, CA abode (and he received The Globe Kicker each Friday afternoon in the mail to gear him up for the matches).

Toby was the man... with his Welsh accent, he sported soccer knowledge and humor that no one could match. No one could pronounce Borussia Monchengladbach like Toby ... and Andy and Cat reached the promised land of the Monchengladbach stadium for a match in April 2013. It was bliss.

So, click the photos and read on, soccer friends. Prost! 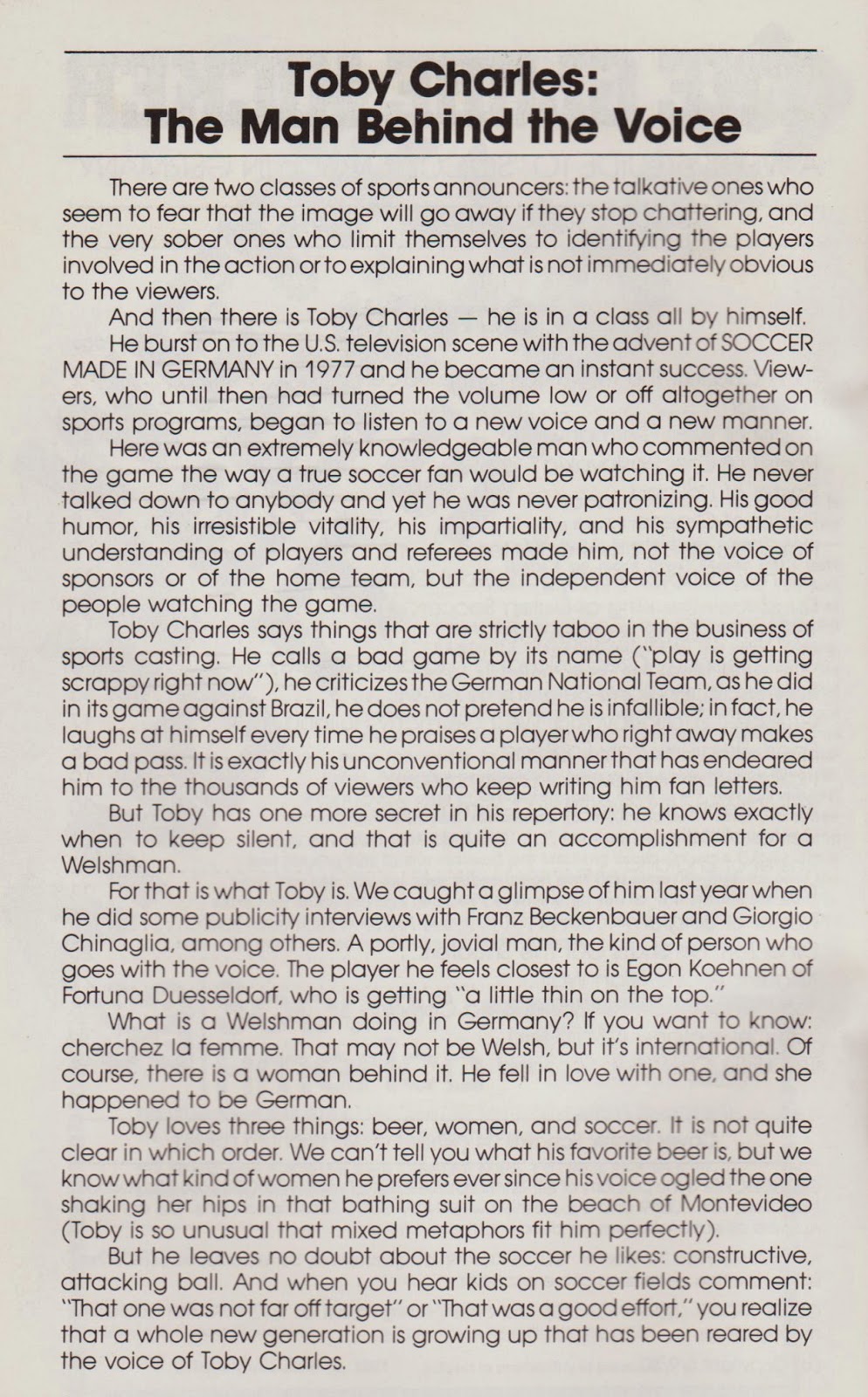