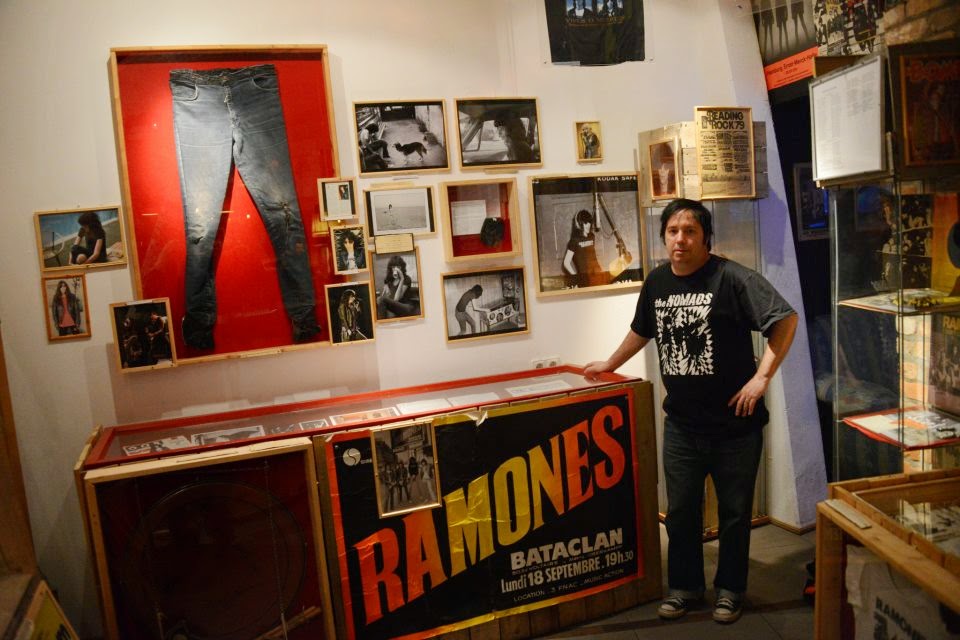 Hey there, Mr. Conductor, let's get this train rolling faster.

As Cat and I rode the rails from Tilburg, Netherlands, to Berlin in April 2013, we finally got an Internet connection and discovered via Facebook that one of our favorite bands, SAMIAM, were playing an acoustic set that night at the Ramones Museum in Berlin. We were still a few hours outside of our destination, but things couldn't move rapidly enough for us ... could we possibly make it to the gig or was it just an unreachable dream?

We couldn't sit still in our seats as we soaked up the views of the German landscape. One stunning sight was what looked like a Gothic church jutting out of a mountain as the fog hovered about. Spooky and cool.

Samiam awaited us and as we got closer to Berlin, we thought we just might pull this off.

When we arrived at the station, we bolted out to the street, hailed a cab to our hotel, quickly checked in, dropped off our bags, snagged another cab and we were en route to the museum. As we entered, we heard Samiam playing, nodded our heads and smiled at each other and jammed into the crowd for another great show from the Berkeley sons.

But let's not forget why we were in Tilburg.

When we found out that another one of our faves, DIE KREUZEN, were playing the Roadburn festival, we planned our vacation, pronto.

I hadn't seen the band since 1984 at a chaotic gig at the Cathay De Grande in Hollywood, so this would be well worth the wait. We packed into the small Green Room at Sunday's Afterburner gig amid the heaps of dry ice and flashing lights and watched the Milwaukee powerhouse in action. FUCKIN' GREAT!


So, here you have a few videos we recently found from those gigs. Enjoy!