Cat first witnessed L7 in action with her friends Bridget and Caryn in 1991 at "The Coop" at UCLA and several times after that. Killer shows to say the least.

This week, the reunited foursome of Donita Sparks, Suzi Gardner, Jennifer Finch and Dee Plakas announced the following gigs to kick things into gear in 2015:

More shows will be announced.

A documentary, "L7: Pretend We're Dead," is also in the works and you can peruse the Kickstarter site at: 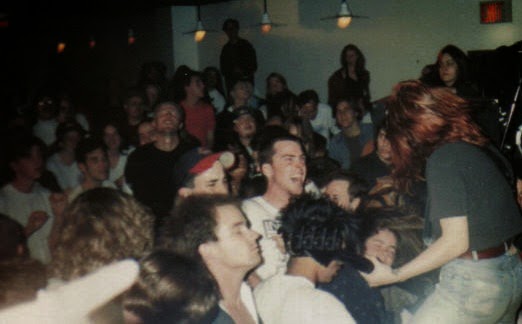