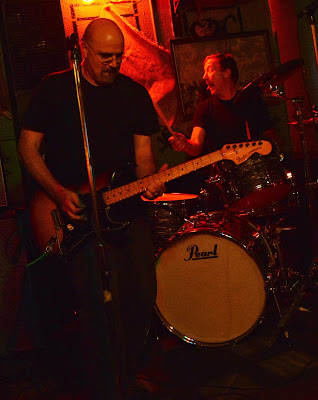 J.J. Pearson remembers the first time he saw Vic Bondi grind through a set of songs and sweat it out with Articles of Faith. It was in 1982 at O'Banion's in Chicago and Pearson, a 17-year-old drummer for Toxic Reasons, who were also on the bill, was floored.

"Ed (Pittman) was like, 'Holy shit, ya gotta see the Joe Strummer guy singing with this band,'" Pearson recalled how the Toxics singer described Bondi. "That man was beating the shit out of his Tele while snarling out the vocals like Strummer. I'm glad to see he's still kick'n ass."

Bondi's guitar and vocal shredding continues three and a half decades later with his latest band Black Theory, who played their first gig on Tuesday night in the tight quarters of the Kraken Bar and Lounge in Seattle.

Like Pearson's initial Bondi experience, I was also stoked to witness the man in action for the first time. Although I've followed his career from the start, our paths just never crossed in person until now. You know what? It was fucking brilliant to see Bondi and his band wail away — three guitarists strong! Just like AoF — in front of a small, dedicated crowd that gave the band a nod of approval and helped kickstart them into the punk-rock universe.

Our friend Bill had already been in AoF's presence, about 32 years ago at Shamus O'Briens in El Monte, CA. On Tuesday, he was back for more pummeling, shaking his head in an "Oh, yeah" manner and was grinning ear to ear, just like everyone else in the place.

So what did we get from Bondi and his crew of drummer Colin Sears, bassist Gene Pandolfi and guitarists Jeremy Hughes and Eric Fry? Seven new, raging tunes that tread in familiar Bondi territory, plus two Alloy gems ("Unafraid" and "Just Plain Evil") and the AoF blaster "Five O'Clock." A five-song EP will make ears bleed when it's released in September.

Bondi hadn't played with Sears for 21 years since they teamed up in Alloy, and they locked in just right on Tuesday with the other guys. (Sears also pounded the skins with another band readers are no doubt familiar with, Dag Nasty.)

Yes, Bondi and Sears are scene vets and still deliver the tunes with intensity, ferocity and verve. I couldn't think of a more ideal place to be on Tuesday, soaking it all up just like J.J. Pearson did all those years ago.

Cat Rose captured the set with her photos: 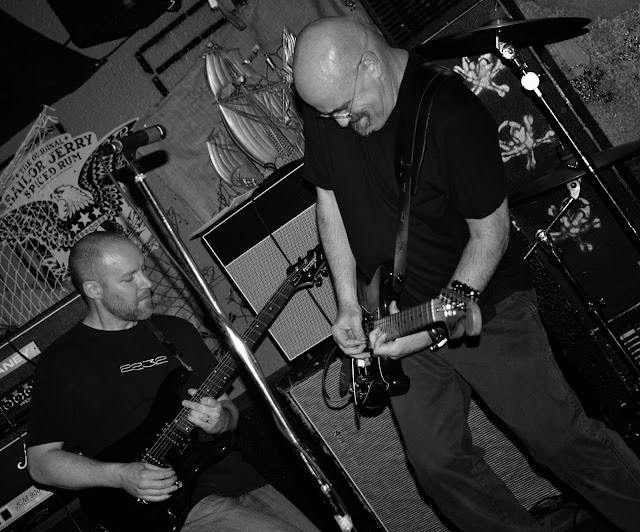 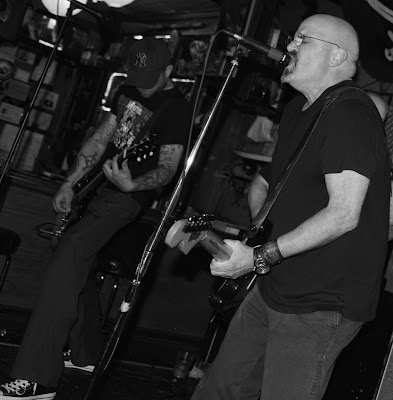 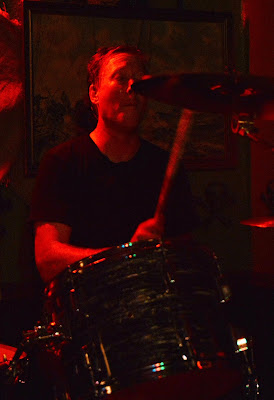 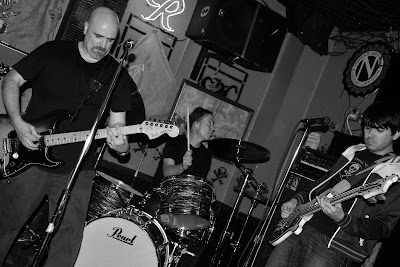 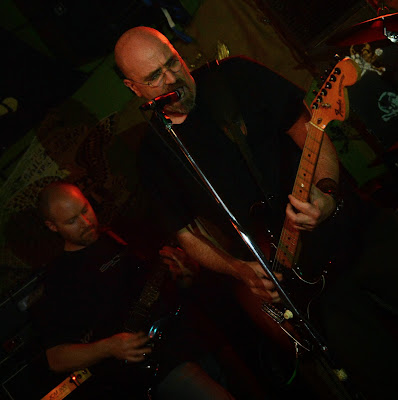 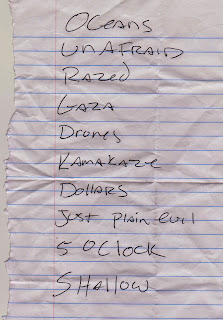