Crucified Barbara: Nailed to the music by way of seminal Seattle bands

Crucified Barbara journeyed thousands of miles from their homeland of Stockholm, Sweden... and they finally reached the promised land: Seattle.

Added vocalist/guitarist Mia Coldheart: "The reason why we started playing instruments when we were like 14 years old was because of the grunge bands. It's amazing to be here. It's in our hearts."

Mia, who was still full of energy about two hours after Crucified Barbara's set as main support to Girlschool, banged on a wall outside the club as if giving Seattle and its influential musicians a thankful embrace.

Although they spent most of their brief visit last Thursday playing at Studio Seven and buying power cables at Guitar Center, they vow to do some sight-seeing during their next visit, Ida said.

Guitarist Klara Force and drummer Nicki Wicked complete the raucous rockers' lineup, which hit the Stockholm scene in 1998 and released their fourth album, "In the Red," last September. Equal parts hard rock, heavy metal and thrash metal, the band has graced the Swedish music charts and played on bills with Motorhead, Clutch, Heaven and Hell, In Flames and more. The band also won the P3 Guld category Rock/Metal of the Year 2014 in Sweden for "In the Red."

Mia noted that they wrote the songs for "In the Red" together in their rehearsal room.

"We learn now that's how we write the best songs, all of us together. It takes a lot of time and effort, but it turns out the best for us," she said as a noisy train rolled by about a block away.

"SHUT UP!!!" she yelled, her voice still very much in concert mode. Laughter ensued. 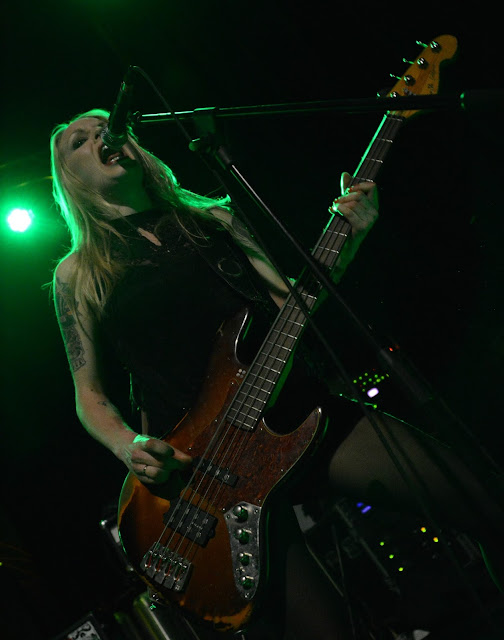 Ida agreed with Mia on the songwriting process: "I think we put the finger on the spot of what we do best because we're a live band, so we wanna play live together, and when you write songs like that then you get an instant feeling if it's good or not. I think we were really focused on the writing process and that's why we feel so happy about the album."

On recording at the legendary Music-A-Matic studio in Gothenburg with Henryk Lipp as sound engineer and producer Chips Kiesby, Ida added that Crucified Barbara went: "One step bigger and higher in every dynamic version that we were thinking about. I think that we managed to get everything out of both ourselves and the studio and the producer."

On "In the Red," Crucified Barbara loudly speak out against misogyny and for animal rights and tackle other subjects along the way.

The single "Lunatic #1" is named after one of the preeminent Swedish show-jumping horses with rider Jens Fredricson's training methods providing guidance for some of Mia's lyrics.

"When we wrote the song, the music for it was so energetic, so my feeling was it was time to write something positive, like a great message to the listeners," said Mia, who noted that she had most of the words, but was missing "the red thread" to tie her thoughts together.

When Mia's not fronting the band, she rides horses and spoke with Fredricson two years ago at a clinic. Fredricson explained how he changed his way of training with Lunatic to reach the top.

"It doesn't matter if it's horses or music, his words were really inspiring. So when I got back home from this meeting with him, and I just had all the words for this song. So the song is actually about having a teammate -- it could be a band or your best friend or someone who is on your side and make you reach your goals," she said.

When she's not playing bass, Ida enjoys reading novels: "It's another world to jump into and it kind of sets your fantasy going. And it's a good way of spending time on tour, too."

As for Crucified Barbara's music, Ida notes that she has a strong feeling that they're doing something special. They love playing music and enjoy each other's company, on and off the stage.

"I think that we've been respectful enough towards each other to not start fighting and break up," she said. While speaking, both Ida and Mia glance at each other and laugh a bit.

Mia and Ida both feel that being in the band is "a calling."

"We're aiming for to write better songs, be better musicians," Ida said. "And as long as that is the feeling that we have all together, we're gonna continue." 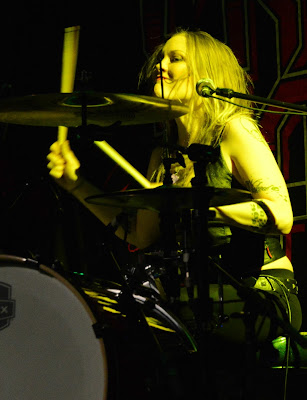 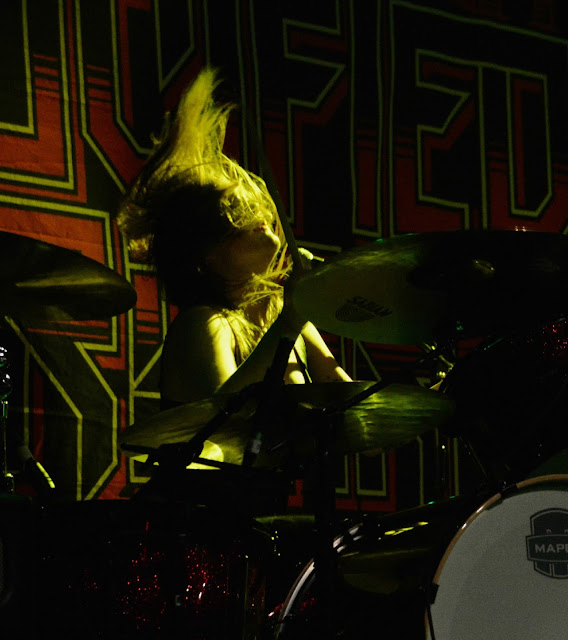 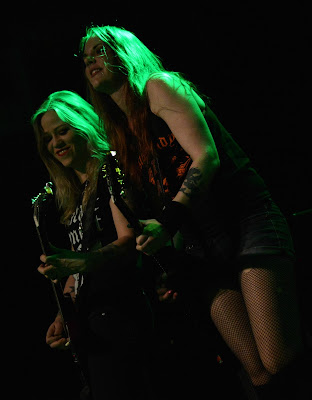 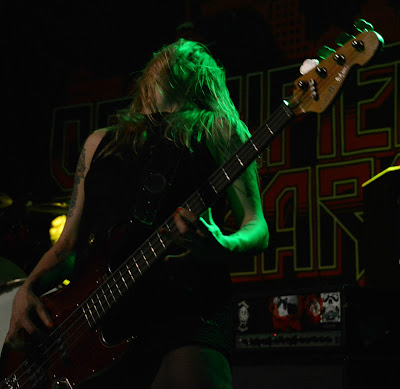 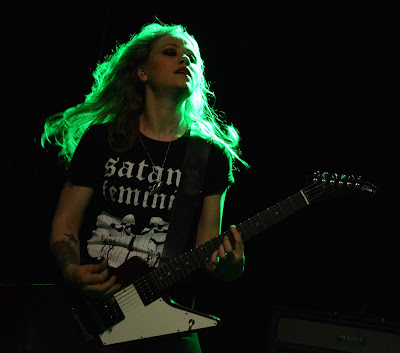 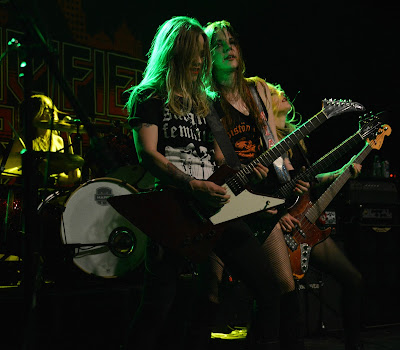 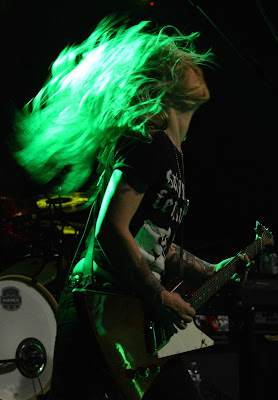 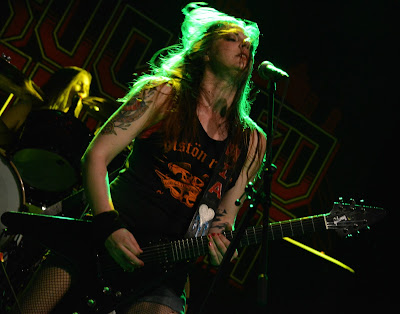 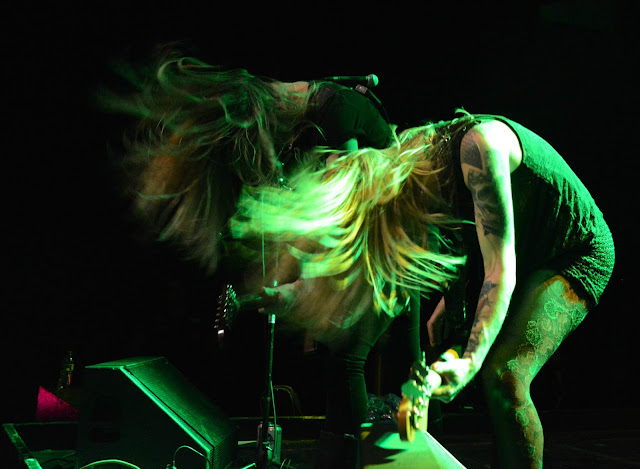