Merge to reissue Seaweed’s 'Actions and Indications' on vinyl 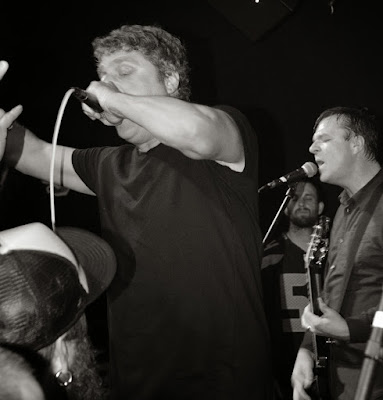 From the good folks at Merge:

On July 31, Merge will reissue Seaweed’s fifth and final full-length album, "Actions and Indications." Originally released in 1999, the limited-edition LP reissue has been remastered for vinyl and includes the song “Everybody’s OK,” previously available only on the import CD. In addition, demo versions of three contemporaneous non-album tracks will be available as a bonus digital download.

"Actions and Indications" is available for pre-order on limited-edition vinyl now in the Merge store.

Aaron Stauffer (vocals), Clint Werner (guitar), John Atkins (bass), Bob Bulgrien (drums) and Wade Neal (guitar, vocals) formed Seaweed in 1989 as high school pals in Tacoma, Washington. Not long afterward, they piled six deep in a pickup truck for their first national tour, traversing the country with Superchunk and Geek. In 1992, the band upgraded to a white Econoline, carrying their high-energy live shows throughout the nation and beyond for the next seven years.

"Actions and Indications" was recorded at Uptone, the band’s home studio in Tacoma, with Werner and Wes Weresch in the engineers’ chairs. (By this time, Bulgrien had left the band, and Alan Cage of Quicksand commanded the drummer’s chair.) Throughout their career, Seaweed maintained a singular commitment to a ballad-free blast of Marshall-based growls and yelps, and "Actions and Indications" is no exception.
Posted by Andy and Cat Rose at 10:39 AM