Seattle's old G-Note Tavern: Rock n' roll and then some

Sometimes, when you're lounging at a barbecue where rock 'n roll is the main subject bandied about, you snag a kernel of information that you've always wanted in your musical arsenal. It ties everything together and now you can relay a story on to someone else down the line.

We've always wanted to know just what transpired within the checkered walls of the 4,300-square-foot building at 300 NW 85th St. in Seattle's Greenwood neighborhood.

It's empty now and for lease, but it once housed the G-Note Tavern and was the place of mass rowdiness one evening in the 1970s, according to a fellow at the barbecue who played in a blues-rock band that night.

While his band belted out its tunes, a melee erupted at the pool tables in the back room and soon the brawling throng rumbled into the band room. With punches flying and blood spilling, the band continued to play for a bit while face-to-face with the skirmish. After the band stopped, many cops were soon rushing through the doors, prying combatants off each other and hauling them away.

As I snapped photos of the place today, a police car raced by with siren screaming and I shook my head, thinking about that wild night at the G-Note. Turning to my right, I noticed that the Washington Karate Association's building is nearby. I chuckled.

Our barbecue friend noted that in recent years, the building housed AA and al-Anon meetings -- now that's interesting, since some of the barflies at the G-Note may have returned to their former haunt for other reasons.

The building, which used to sport red checkers instead of today's gaudy green, was also an all-ages dance club about a decade ago.

Back in the '70s, bands like boogie-meisters Canned Heat, Backburner, Moving Parts and The New Vitations (see fliers below) graced the stage of the G-Note. According to one Facebook post on BB King's page, he nixed the stage and strolled out the front door with his 200-foot cord, jamming in the street and in front of businesses at a gig in the late 1970s. Fabulous!

... And, according to the University of Washington University Libraries website, the 1st Annual Hooker's Ball was held at the G-Note on July 13, 1977.

Here's what the site states:

"Margo St. James (Margaret Jean St. James) was born in Bellingham, Washington, September 12, 1937. A self-described prostitute and sex-positive feminist, founded the organization COYOTE (Call Off Your Old Tired Ethics), which advocates decriminalization of prostitution. The Hooker's Ball, an annual event served to fund COYOTE over the years. Throughout the 1970's and 1980's, she testified before state and international governments on trafficking and violence against women, and the social effects of prohibiting adult consensual behavior. While attending the 1974 UNESCO Conference in Paris, Margo and other activists met with Simone de Beauvior, who later convinced them to form the International Committee for Prostitutes Rights (ICPR)." 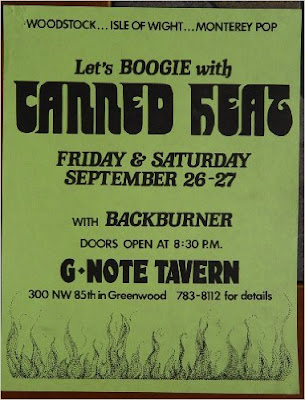 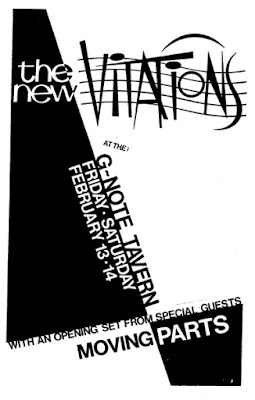