Checking in with The Defenders | Interview 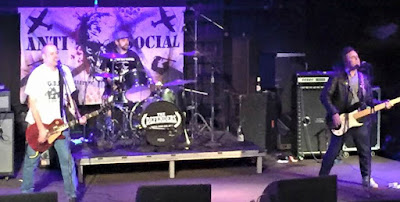 A red T-shirt with an old-school Social Distortion logo emblazoned on it: the spraypainted-like one with the grinning guy donning a pork-pie hat.

That's what I was wearing in a Santa Clara, CA bar in the mid-1990s while Cat and I were engaged in a heated doubles pool game.

A patron, Ken Helwig, spotted us across the bar, pointed us out to his buddies and came over to talk Social D and other classic punk bands that we all dug: you know, Stiff Little Fingers, Sham 69, X-Ray Spex, the Jam, Adolescents, CH3, Shattered Faith, etc.  We also raved about our local modsters, the Odd Numbers.

That's how we became aware of a band that he played bass for: Slip. Then there was The Forgotten. We caught both bands in our San Jose days and hung out and drank with Helwig and the boys, always discussing our favorite punk groups and gigs we frequented.

We witnessed Helwig's band The Emptys a few years ago in San Jose and were stoked that he was still proudly waving the punk flag, this time on guitar and vocals.

And now, here we've got The Defenders, Helwig's current solid punk unit. They're making a name for themselves on the Bay Area scene, and Helwig's here to tell us about it via an email Q and A.
. 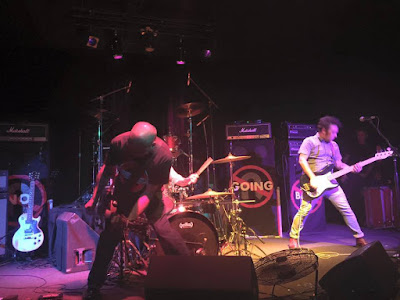 **Who’s in The Defenders and when and where did you form?

Myself, Ken Helwig on guitars and vocals, Ryan Allbaugh on bass and backing vocals and Ryan McGilloway on drums. Funny thing about  how we started this band. I briefly had a band called The Emptys that were playing a few shows and practicing in San Jose. I wanted to play closer to where I live, which is near Santa Cruz, CA, so I placed an ad in Craigslist and both Ryans replied within a week. We all have never met prior to this ad. We have been a band since January 2015 with our first gigs coming a couple of months later with one in Santa Cruz with some local bands and then opening for CH3 and The Crowd a few weeks later.


**Tell us about the songs, what’s on tap music-wise and lyric-wise?

Our songs......well, I write most of the stuff and bring it into practice where the three of us arrange the music. I am pretty lucky that my bandmates give me so much leeway. They do a great job of helping shape the songs. We all live an hour apart (Ryan-bass in Oakland and Ryan-drummer in Carmel) so we send stuff via email for ideas, then meet up in Santa Cruz where we rehearse and hash out the songs.

Basically we are influenced by old UK punk from the late '70s, Oi!, UK82 stuff and early OC hardcore and bands like The Swingin Utters and Hudson Falcons.

Lyrics tend to be more on the personal side and how life affects us. We are in the process of recording two songs for a compilation album, then we head into the studio in early summer to record songs for split 7" records as well as a full length.


**Kenny, you’ve been around the punk scene forever, are you just as excited about rocking out these days as before with your other bands? What was the impetus for starting The Defenders and what’s your game plan in today’s punk landscape?

I am having the most fun I have had since maybe later period Slip or when I was in The Forgotten. We have been a band for barely over a year and we have been quite fortunate with what has happened to us. Starting The Defenders was just an idea that has become a reality. It has been so much fun playing with my bandmates. We all get along really well. I mean, we might have a disagreement, but we are all pretty level headed and just don't take it too seriously.

Pretty much we just want to continue playing around the San Francisco area, continue playing higher-profile shows and do more recording. Ultimately we would like to play out of town from Seattle to San Diego....we shall see. I have a mortgage and bills, so who knows. We have been pretty fortunate to play on so many great gigs this past year.


**You’ve shared stages with the Dead Kennedys, Stiff Little Fingers, UK Subs and more so far, how have those experiences been on stage and off, mingling with some of your favorite bands?

Man, if someone said to us during our first month of existence that we would be opening for the UK Subs and Stiff Little Fingers in 6 months, we would have laughed. That was pretty surreal hanging out and playing those shows. Since I am originally from San Jose, we are kinda considered a South Bay band.....so when SLF got booked into The Ritz in San Jose, there was no question as to who would open for them. I'm joking....but man was it cool. Playing with The Dead Kennedys was pretty damn cool. We played The Catalyst in Santa Cruz to a sold-out house of 1,000 people. We had a separate backstage room, but had like 3 cases of beer, pizza, soft drinks, etc. Thanks to Anti Social for getting us on that bill.....I swear I was like a little kid with a big smile on my face that whole night.....it has been a thrill meeting some of my musical heroes, especially SLF as they are one of my all time faves. 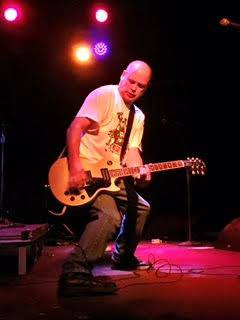 **How did the “Power Split” record come about with The Civilians? How’s the record been received so far, is it doing well?

Well, we released the songs digitally on Bandcamp and got some fantastic reviews. I thought, hey why not send it to some labels and see what happens. Crowd Control Media were kind enough to offer us a deal to do a split 12". We were going to do it with a band from Detroit, MI, but they broke up. The label actually had the artwork almost done too! After that, the label looked around and came upon The Civilians from Las Vegas.

The whole product looks amazing. From the colored vinyl to the insert ....everything!! I cannot be more pleased on the way this came out. It is perfect in my eyes. Love it. How has it been doing? Well, we are half way sold out of our allotment and it is selling well on iTunes and Amazon digital too. CCM just got a nice distro deal so we should be seeing more of their releases in the stores soon. I am always shocked when someone posts a picture of our record on Facebook. It is a pinch-me moment.


**What’s next on the docket for the band?

We have our record release coming in April in Santa Cruz, We are playing with Demob from the UK in May when they come out for Punk Rock Bowling, and we play Underneath The Underground in July with The Generators, Old Firm Casuals and The Forgotten (as well as other great bands, too). We are appearing on a compilation called California Scene Report. It's coming out on a great label from Germany called Last Punkrockers Records. Just keep playing and writing and recording, really. Who knows what the future holds!


**What’s the coolest thing someone’s told you after seeing your band play that has made all the hard work worthwhile?

Just people giving us compliments, coming out to see us. We have one friend that bought all three vinyl colors, patch, test pressing from us. That was pretty cool. He also named his cat after us!


Check out The Defenders at:
https://www.facebook.com/thedefenderssantacruz/