Gregg Emley's hands threatened to rip his bass strings to shreds while whipping his hair, skyrocketing it toward the ceiling.

Andrea Vidal's vocals soared mightily as she formed one hand into a fist, gripped the microphone stand with the other, stomped one foot and lunged toward the crowd.

Trent Jacobs' fingers moved along his six-string fretboard with ease as he knocked out riffs and solos galore, using his throng of pedals to full effect.

And drummer Adam Jelsing laid down the monstrous backbeat with head bobbing at every twist and turn of Holy Grove's mammoth-sounding offerings that took both band and crowd on a journey through the lands of stoner rock, psych, doom and beyond last Friday night at the High Water Mark Lounge in Portland.

It was Holy Grove's debut album-release hometown gig and the quartet was in full-tilt firestormer mode. (Oh, and the stage smoke didn't stand a chance as the band's tunes burned it into submission.) 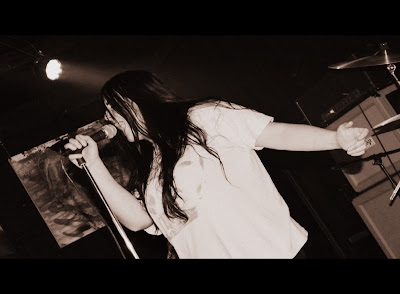 The self-produced platter -- with assistance from heavy-hitting engineer Billy Anderson -- has been unleashed on Heavy Psych Sounds out of Italy, the 4-year-old band  will rage at the Psycho Las Vegas Fest in August and has a fall European tour on its docket. It's safe to say that the folks in the Holy Grove camp are on a high: Emley says it's rewarding and he's excited to see what happens next. They've got new songs and new paths to traverse.

Seated at Genies Too cafe in Portland for brunch the day after they pummeled the High Water Mark, Emley and Vidal fielded a few questions while sipping on Bloody Marys prior to ordering their well-deserved meals. Later, they'd give the pinball machines a whirl across the street at Quarterworld.


* What was the definitive moment for you guys, hearing either a band or seeing a band that got you to where you are today?

Vidal: I'd been listening and going to live shows for years and years and years since I was a kid. And it wasn't until I saw Blood Ceremony and the band Ghost six years ago that the light bulb went on and I was like, 'I can do this. I can do what they're doing.'  I wanted to look at the crowd and how the crowd responded and interacted and were just so fired up. I wanted to feel that energy instead of being in it. I wanted to receive it. And then it wasn't like two days later after that show that I decided then and there that I was going to find my band.

Emley: Black Sabbath is obviously my all-time favorite band and I remember the very first time I heard them and my cousin played me 'Paranoid' over the phone and I was mystified already, so I went out and got the record. I was like 14-15 and I knew from then on, really, that I had to play music and be involved in music. That was definitely the record that made me want to pick up bass, that and hearing Metallica for the first time. I have distinct memories of hearing 'Master of Puppets' for the first time and I was like, 'Oh, bass guitar.' 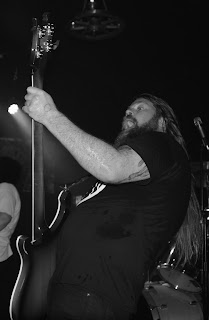 * What are you guys trying to convey musically and lyrically?

Vidal: I wanna give people an escapism. I want people to say, 'I'm going out to go to a show, and I'm going to forget pretty much about everything that maybe has been weighing me down for the week.' I wanna give people that sense of, 'Goddamn, I'm glad I didn't say home.' I think that the lyrical content really matches the music, because the music builds and there are moments of  hills and valleys, and that's why I think that I can be more creative and actually tell a story or really use my personal tastes in folklore and fantasy and can make it maybe a little bit more accessible and still keep people (guessing) what's coming next. I want a level of unpredictability, but I want people to know that they're in good hands.


* What's the theme that people are gonna get out of it, how they can relate that to (their lives)?

Vidal: I guess the theme that I'd like people to be able to relate is what matters is what's happening now.  What you're doing now.  Whether it's just coming out to a rock show or doing something that makes you feel good -- makes it feel right -- I have been given a platform that not many people (have) and I'm up there for myself, but I'm up there for myself because it's important that I can connect with the people that have come to see me and the band. So I really just want people to leave with like a feeling like, if this is the highlight of their day or whatever, music saved my life and I want the people seeing our show to feel like, 'Goddamn, I'm gonna go out and kick ass tomorrow.'


* (To Emley) You wrote these songs, you're kind of the guiding force from the beginning to where you're at now. What does this music mean to you. What were you hoping to convey when you were writing these tunes?

Emley: We just had zero expectations. I've struggled for a long time to find the right people to play in a band with and I had laid out of playing in bands for six or seven years prior to this band just cuz I was so frustrated. The process of finding people, and then I think I just wanted to write songs that we were all proud of. The fact that we've had the opportunity to do more with the band than I ever anticipated or expected ... I remember thinking it would be cool if we could play a couple shows and play with bands that we like, and we've been able to do much more than that, which has been surprising and awesome. 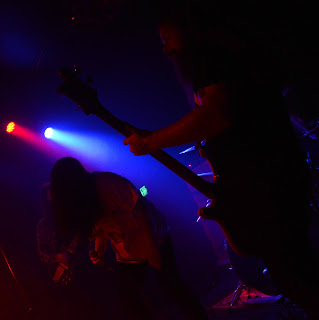 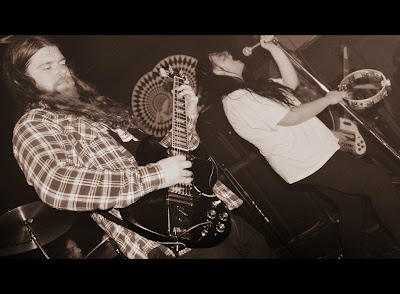 Emley: When we got the records in the mail, when Trent got 'em at his house, we're like, 'Don't open 'em, dude! You're not allowed to open that box. Bring it to band practice and we're all gonna open it together.'

Emley: He didn't know if he could hold out, but he did. Just to see that box of records finally in front of us after all this fucking hard work ...

Vidal: The thing that I'm really happy with is, we've been listening to this record for years, because it's been done for years, and we can still listen to it. And that is a common thread I think with the people that have listened to the record and bought the record. They've all been like, 'This is (on) infinite repeat. I've been listening to it all week.' And that's pretty wonderful.


* Just us knowing you guys, you're very methodical and patient and wanting to wait for that right moment to happen. So, for that to happen now, where do you go now?

Emley: We're hoping to make the most of any opportunity, obviously. The fact that we got asked to play that Psycho Las Vegas show, I mean ... when that email came into the inbox, that was something I never dreamed of. 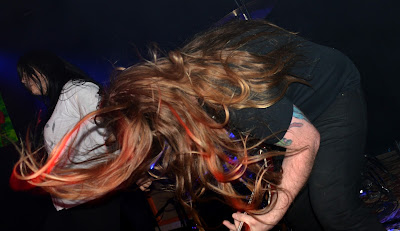 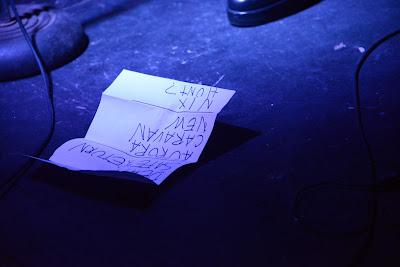