It all started with a cassette tape: "The Future Looks Bright Ahead."

When my brother shoved that seminal punk compilation into his friend's car stereo in 1981, the orange VW station  wagon  shook to the crucial sounds of lead-off band Shattered Faith's trio of sharp, raw tunes laced with melody and angst. We were stoked to no end. We had found a new favorite band.

"Another Day Passes," "The Verdict" and "Trilogy" -- along with all the other stellar bands on that comp  -- would receive so many plays that I was afraid my tape might shatter. It has survived until today and I still pop it in the tape deck at times.  Those songs were life-changers and life-long companions.

We witnessed the band live a few times over the years, and my group Sorex even shared a bill with them once in 1985.

I spoke with singer Spencer Bartsch on the phone two Sundays ago and got the lowdown about what's been cooking in the Shattered Faith camp.

March 19 was a big day as Hostage Records unleashed the band's "Volume 3" album. Ten songs, 10 head-nodding nuggets of pure Shattered Faith tuneage that is just as vital now as it was back when they set up shop in Bartsch's parents' bedroom in Fountain Valley, Calif. -- while mom and pop were away in Singapore -- to get those early songs into gear.

On the new release, Shattered Faith has breathed life into a batch of old songs and lyrics residing on an antiquated cassette -- reworked and updated for today's world. Now, they've officially been given a home in the band's catalogue, and Bartsch is putting out the welcome mat and handing off the keys to the front door.

The Hostage guys have proclaimed Shattered Faith the "Saviors of Sound" in their raving about the band and this project in the liner notes. 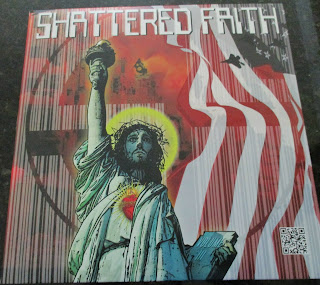 "I'm way proud, I think it's the best work we've done," Bartsch said. "If you listen to our first record, our second record and this new record, the only difference you're gonna hear is the progression and being musicians. The sound doesn't change that much. We've stuck to our guns and we haven't tried to make our songs reggae, we haven't tried to throw shit in there to get as popular. Our goal was never to get famous, to make money, it was just to make music. Because we went to our first shows, and we're like, 'fuck, we can do this.' "

Those first concerts included UFO and Blue Oyster Cult and then punk gigs at the Masque with bands like the Eyes, Skulls and Gears and parties with The Middle Class and more.

Bartsch joined up with close friend and guitarist Kerry Martinez's band The Executors in the summer of '79 (the band was formed in '78), first playing bass and singing some songs and then easing his way into the main vocalist spot as the band was christened Shattered Faith. Some Executors songs made the transitional cut and new tunes emerged, matched with Bartsch's lyrics about politics, religion and everyday life.

Some of the lyrics to the old songs are still relevant, said Bartsch, who penned some new lyrics, as well.

"It depends on the particular day what's on my mind, but (Martinez is) always sending me weird stuff that goes on, weird government shit, stuff that's not talked about a lot and stuff that makes me have to think about 'how is that possible or why would they do something like that?'" Bartsch said of where his lyrics are culled from.

Added Martinez in an email interview about the lyric- and songwriting process: "Spencer is an intelligent dude and always had a good understanding of things that were happening globally. Usually current event stuff, intertwined with daily stuff. One of us would have some chords or lyrics put together and we would paste the two and try and project or sound like what we thought the song was saying."

To bring the new album to fruition, Martinez -- who lives in Brooklyn and played in US Bombs -- and the rest of band -- who are all settled in the Orange County area of SoCal -- shared tracks back and forth via email for several months and then gathered at the Pot O' Gold recording studio in Orange to stitch the whole thing together. The entire procedure -- from the initial song-sharing to the final recording -- took about a year, and it's been well worth the wait, Bartsch said.

"Kerry called it 'lightning in a bottle' -- it just flowed and everything came together really well and it was an awesome process," Bartsch said of the final stages.

After Martinez blew in from Brooklyn, the band rehearsed for about four hours and then spent just three seven-hour days recording and mixing the album. Shattered Faith was the last band to record at Pot O' Gold before they were set to relocate the studio.

"It's like were always flying like a bat in the rain," Martinez said. "Ninety-eight percent of that stuff is the first take, with all the mistakes and rawness included. That's how we used to do it and that's how we did it, pure and simple. We did 11 songs, and the struggle, desperation and the determination to finish in time was the sound when it was finished."

Martinez added that the experience was magical-like with the band members' chemistry at a premium. 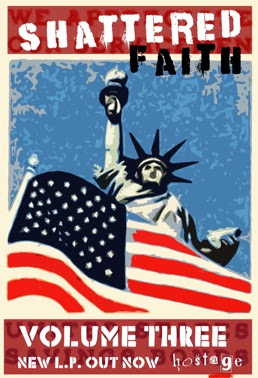 Songs on the new album include Bartsch's foray into Shattered Faith writing, "Discontent," which initially appeared on the "Who Cares" comp in 1981, along with Executors' tunes "A Special Day," "No Nuclear War" and "Life is a Strain" and a cover of the Dave Clark Five's "Any Way You Want It," which only appears on the CD version,  and more.

Bartsch and Martinez -- chums since grade school -- are the two original members of the band, which also includes longtime bassist Bob Tittle and guitarist Denny McGahey, along with drummer Steve Shears and guitarist Branden Bartsch, Spencer's 27-year-old son. Three guitarists lend their chops to the album, McGahey and the younger Bartsch handle live duties most of the time, but Martinez jumps into the mix when he's available.

"I'm 55 and it's a lot of fun to play the songs and that people want to listen to it. We've never been a big band in any way, shape or form. We're not like a headlining band, we have very little notoriety, but for some reason, there's enough people that are into it that we still play and people will show up. There's dads and moms and their kids, and now their kids are into it," said Bartsch, who is a graphic artist and did the artwork for the new album, which quickly sold out of its 100-run "art-damage" version (shown on the left in the photo below) and a European distributor  bought 200-300 copies. 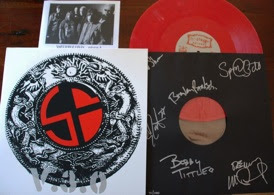 "I'm really stoked to be on stage with my son and Kerry and Denny, the whole band, that's the most fun ever for me. I smile -- I'm thinking, 'This is it. This is what it's all about.' And we all get along -- there's no band tension, we all care about each other," the singer added, noting that the band would like to play on European soil in the near future.

On bringing his son into the Shattered Faith fold, Bartsch said that he likes Branden's guitar-playing style and would want him in the band regardless of the familial bond. Everyone else feels the same way, the singer said.

Martinez chipped in about what Shattered Faith means to him, from the Posh Boy recordings until now: "The songs meant something then and still do now, but its kinda like looking at a trophy or a scrapbook. Who wants to live in the past? We have to keep learning and growing.Those songs weren't trying to save the world or anything, but rather reflections or glimpses of how we saw things at that place in time."

The Shattered Faith family is a tight-knit one, especially with the elder Bartsch and Martinez, who also encouraged Branden to dust off his guitar at age 11 and get cracking on that Christmas present from the year before.

"I've never not been able to tell Kerry exactly how I feel about stuff, or when something's really bugging me. I was always and still am always able to talk to him about it. He understands," said Bartsch. "We made a deal a long time ago, that if we're single when we get old-old, like in our 80s, that we're gonna move in together and spend the rest of our lives. Neither one of us are going to go out alone." Bartsch belts out a laugh afterward.

And there's no better way to close than shifting back to Martinez for a heartfelt assessment of his Shattered Faith experience: "The band is like a piece of my soul. It's a part of my life. Fighting, hating, learning, growing and loving. It has had so many sides to it. It's strange in a way, like it's come full circle or we hit the reset button. But even through the worst of times, our respect and friendship has always stood strong. We never held on to anything or never had any resentments towards one another. It's very rare in life that you have those kind of friends or those connections with people. Most families don't even have that. So to be able do something that I love, with the people I love, is special." 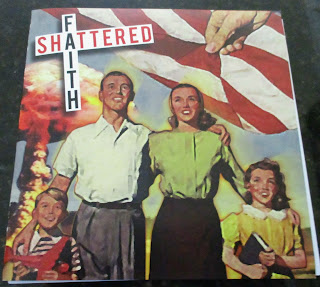 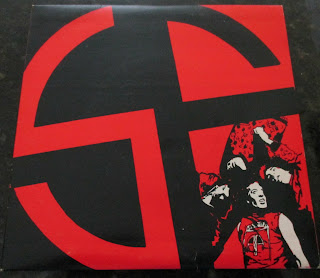