While driving down the highway the other day, I was cranking some Monolord and periodically glancing up at the clouds in the sky. For an instant, I envisioned turning those weak, puffy billows into 1,000-foot-high amplifiers with mammoth boulders for knobs and cranking the Swedish stoner/doom/fuzz rock to the masses.

It would be perfect, right?

We witnessed the powerhouse from Gothenburg last November at the Elysium in Austin during a nighttime ripper of a gig as part of Fun Fun Fun Fest. It was our first taste of the sludge trio and we were floored to say the least.

The men behind the magic are Thomas V Jäger (guitars and vocals), Esben Willems (drums) and Mika Häkki (bass) and they've got a pair of pulverizing albums out on the RidingEasy imprint.

"I met Thomas on Instagram when RidingEasy had started. He sent me a demo of 'Empress Rising' (the song) and I said 'I'm in. Finish the record and we will get this going.' And so we did," said label founder Daniel Hall. "Monolord is a fantastic band. Their dedication shows and they are poised for a lot of greatness to come."

Here's a quick email Q and A with Jäger:

* If someone on the street were to ask you what Monolord is all about, what would you tell them?

We are just three guys that like to play heavy music, drink coffee and touring.


* How did you guys all meet and when did you begin playing together?

Me and Esben met through a boogie rock band called Marulk. Mika came along just in time to record the first album.


* What were some of those early practices like? Could you tell something special was brewing?

It was something in the air that night. We wrote the song "Empress Rising" on our first rehearsal and two lights broke. So I guess something was going on. 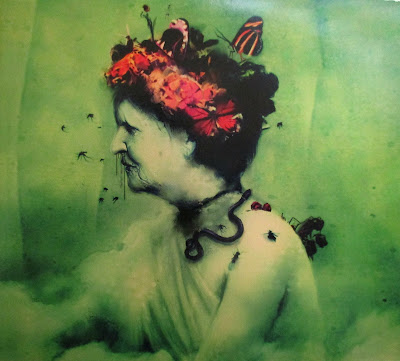 * What was your first gig like? A great one? Were people digging it?

We played our first gig as a release party for our first album. Around 60-70 people came. We played the whole first record.


* What have been some highlights of your career?

Releasing two albums that people seem to like, playing Roadburn, touring in both USA and Europe.


* What are your goals for the future?

More touring, more recording! Get our own signature coffee. And beer.


* Where do you turn for lyrical inspiration?

Greed, right wing insanity, pollution. It is sad, but it is hard to be inspired of the good things in life. But how good can a song about dancing in the streets get?


* Who's your go-to band when you're listening to music together?

We are listening together mostly in the tour van. We listen to everything from Slayer and Entombed to psych or to the sound of wheels against asphalt.


* Monolord is LOUD... How many amps have you guys blown over the years?

None, actually. We take care and maintain our stuff.


* Can you guys all still hear pretty well? I know that my ears were ringing after the show I saw in Austin.


* What's the best part about being in Monolord?

That there are no surprises. We can rely on each other.