I thought about it.

Toyed with the idea of wearing my red devil wrestling mask, the one I bought with Cat near La Bufadora marine geyser on our trip to Ensenada about eight years ago. I've worn it on Halloween and a few other times just messing around the house when we have parties.

Cat and I laughed about it a few hours before I headed out to the Tractor Tavern in Seattle last night to witness instrumental wonders Los Straitjackets with buddies Bill and Joel (thanks for the hook up, guys). Cat danced up a storm at the Baltic Room with friends, so I was designated staff photographer this time out.

So, here you go: Los Straitjackets tore it up, with a special appearance on two songs by El Vez (whom we've seen solo and with the mighty Zeros). Surf rockers King of Hawaii opened, and it's been about 16 years since we last saw them at the Little Red Hen.

In the end, I didn't don my mask, it was all Los Straitjackets in that department! 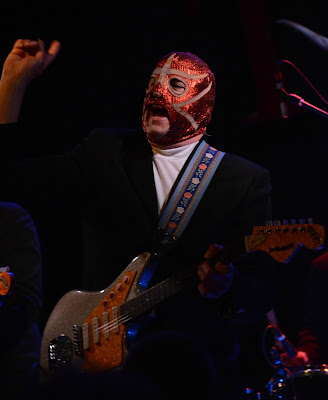 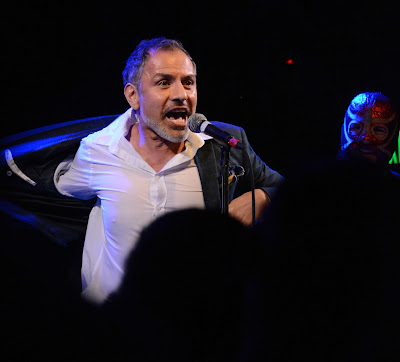 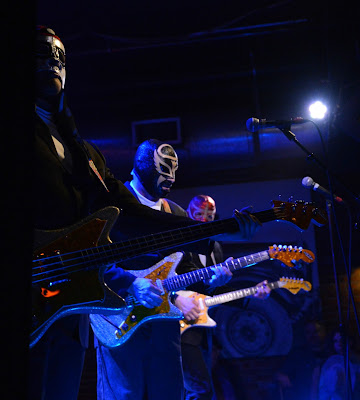 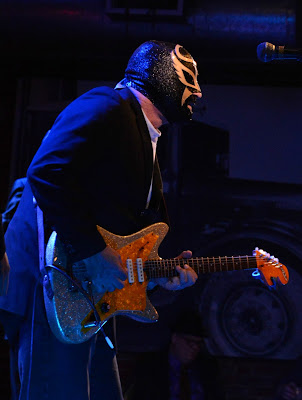 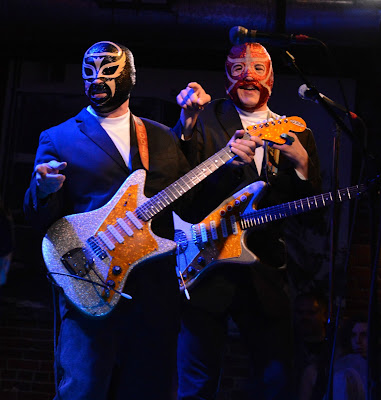 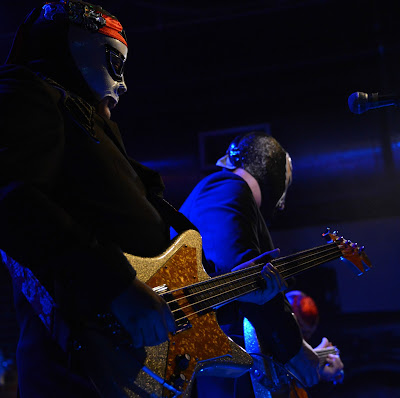 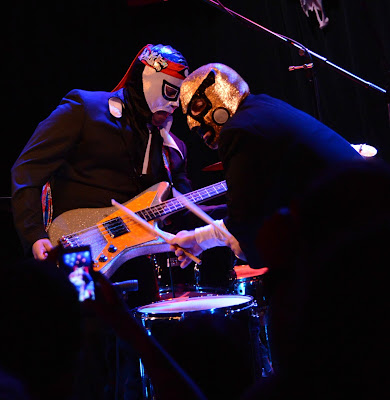 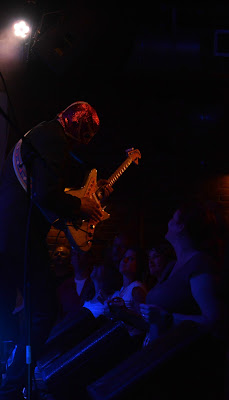 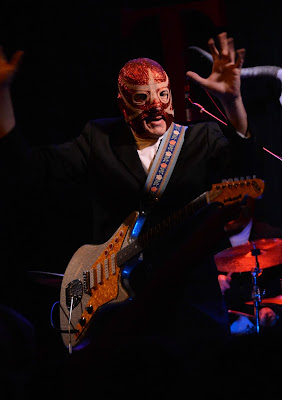 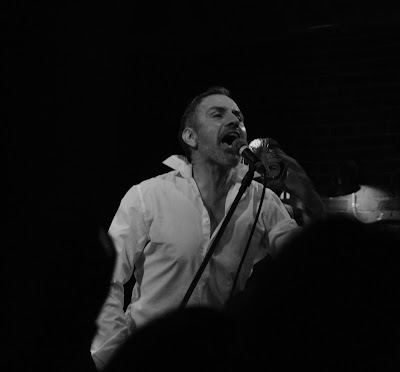