Me and the Bay City Rollers 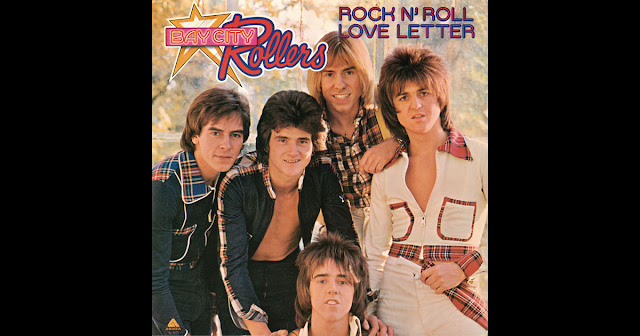 Alan Longmuir of the Bay City Rollers passed away on Monday at the age of 70. RIP, Alan. Here’s my Rollers story from long ago.

At age 9, I got word from the 93 KHJ radio grapevine that one of my favorite bands, the Bay City Rollers, would be in town to visit with fans at The Wherehouse record store in Torrance, Calif. Hey, mom, can you drive us over there to possibly get a chat in with the Scottish guys who sang “Saturday Night,” which you’ve heard repeatedly blasting from our little blue Sears stereo? Sure, Andy, let’s go. (My older brother Ed was present as well, and years later would usher me to punk gigs.)

On one fine summer day, we were off, with my kid sister Kristin in tow (she too dug the Rollers) but would stay in the car for this experience, which would be both exhilarating and dangerous, kind of like trying to cross Loch Ness with a boat crafted out of bagpipes.

I remember arriving at the store and Ed and I getting dropped off in front, and then all of a sudden we were surrounded by a screaming throng of teenage girls waiting for the Rollers to arrive. As the crowd packed in tighter toward the front door, security guards took control and kept holding us back and delaying the start time. Were the Rollers there yet? Could we catch a glimpse of them from our spot on the other side of the mammoth glass windows? What are these Rollers chants that everyone’s singing? Will I make it out of here alive? Those were the questions I was asking myself.

And then it happened …. A deafening sound and even more screams filled the air. The force of the throng had crashed a section of the front windows. No one was injured we learned later, but it was frightening.

During the frenzy, a security guard grabbed me — the smallest one there — and whisked me into the store to protect me. I was now first in line. It happened so fast, I didn’t even think about what was going on outside anymore.

When I saw that the Rollers were present, I walked forward toward the smiling lads at the table, said hi, shook some hands, got some autographs and then it was over. That’s all I remember, it was such a rush.

After we returned to the car and told our tale, my mom and sister said they saw the Rollers arrive and wave to them from their limo before the window-smashing experience went down.

And then it was off to baseball practice and most likely cranking some Rollers on the hi-fi when I got home. Oh, yeah, those autographs are long gone, but I can still picture them on a page torn from my little green notepad.