"Be exactly who you want to be, do what you want to do"...Steve Ignorant's "Last Supper" with Crass Songs


Sitting here drinking an "Ace of Spades" IPA, reflecting back on Crass and how they have impacted me since I first encountered their lyrical diatribe in 1984.

I heard them at a friend's house in Southern California. We had been hanging out drinking our favorite (California Coolers) after school and listening to our regular helping of Descendents and Black Flag, when he said:  'Wait, you have never heard Crass?!' -- he insisted that I had to hear it that moment.   As it turns out, I did.  There were various people hanging out that afternoon into the evening, and at some point there were some girls who said they were leaving to go to the INXS show (which I was not even aware was happening) and they tried to get us to go with them.  I would have none of that, I could not fathom wanting to leave to see some watered-down new-wave band when you could sit there and listen to Crass hammering out the truth.

This was the first time I was exposed to them and they were the perfect antidote for my growing angst at the time... and still to this day. From then on, whenever I wanted to scream and snap someone's neck,  I could then be found in the bedroom with the door closed and Crass blasting, usually "Penis Envy".  While I "celebrate their whole catalog", "Penis Envy" was the record that I listened to the most.  Being someone who has rebelled against the norm, "Systematic Death" and "Berkertex Bribe" (etc., etc.) spoke to me.


Hence..getting to see Steve Ignorant singing Crass songs (on April 26, 2011 at Neumos in Seattle, WA), with Carol Hodge filling in for Eve Libertine -- main vocalist on "Penis Envy"-- finally brought all those closed-door sessions to life.

Ignorant started out with a Q&A session at the Comet Tavern across the street (one of our favorite Seattle haunts), but we unfortunately showed up for the tail end only, due to work.  He had his recent book "The Rest is Propaganda" available and was signing copies. 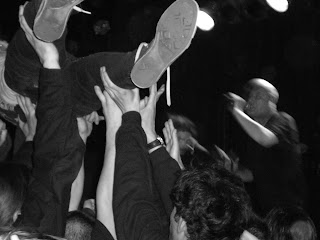 Then he and bandmates set the Neumos stage ablaze after opening bands Countdown to Armageddon and Goldblade (see last Poly Styrene entry for more on Goldblade).  I was skeptical at first that Carol Hodge would be able to pull off the Libertine style but she did an excellent job, giving the lyrics their due justice.  Our friends Nickle, Pat and Jaguar Bullet (AKA Tim) were there appreciating the moment (since none of us had ever had the chance to see them in the past).  Nickle, a longtime Seattle punk from "The Ave", described the first time he got into them at age 15 in 1985:

"It's actually quite a funny story. I was at a party just off "The Ave", and I stole a 'Yes, Sir I Will' record from the host of the party. We were young, we were kind of street punks, and I went into this woman's room, I put the album up the back of my jacket and walked out ...the next morning I put it on, and I was blown away."

(He said "Penis Envy" was also his favorite, also "Best Before" and "Christ- The Album"...)

He continued: "Part of it was the lyrics that Crass had was kind of like...was very truthful for somebody at that age. It really made you have a different perspective on things that were going on in the world...(He quoted "Where Next Columbus" and the lyrics about Einstein) ...and how awful can a system turn such wonderful ideas ..." (He said it basically helped shape his way of thinking).

Agreed, as Crass pointed out and spoke against the stereotypes, pressures, expectations and hypocrisy of society, it struck us then and still strikes those chords today, probably more than ever. 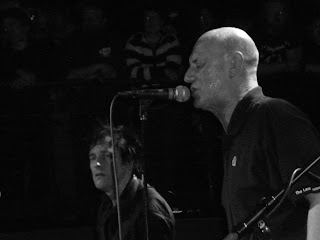 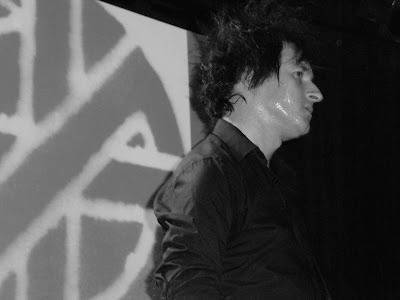