fIREHOSE back in action: Ed Crawford's take on jamming with Mike Watt and George Hurley

When it was time to play, the three blue-collar guys simply climbed onstage, plugged in and quickly fired away. No messin' around, just launch into a song and see where it goes.

"Brave Captain" was first on the list, and singer/guitarist Crawford let loose at the front of the stage while bassist Watt and drummer Hurley locked in to each other in the back -- keeping eye contact throughout most of the 90-minute set. 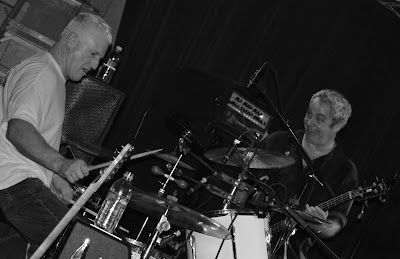 Other standout tracks at Neumos -- the third stop on the band's 13-date reunion tour -- were "Chemical Wire," "Sometimes," "Whisperin' While Hollerin'" and the Watt twosome, "Making the Freeway" and "Me & You, Remembering."

It's been a while since we've seen fIREHOSE in action, having first dug into their songs since their inception in the spring of 1986. Andy checked out an early gig at McCabe's Guitar Shop in Santa Monica and Cat attended some gigs in the LA area, as well.

Of course, living in the LA area back then, we both saw the Minutemen a bunch -- and that band's singer/guitarist D. Boon's spirit was definitely channeled through the fIREHOSE trio at the Seattle gig.
Boon, who was killed in a van accident on Dec. 22, 1985, would have turned 54 on April 1.

Crawford visited with us after the gig, while Watt held court with about 20 hangers-on at the front of the stage:

*How have these shows been going?

Amazing. Absolutely way better than any of us expected.

*What's it like being back on -- seeing Mike there, seeing George? Is the chemistry just as good as it was before?

It's somewhat surreal, yes. And sublime -- oh, look at me, my fancy words. It's like we were off for a month and came back, and not 18 years. It's really bizarre... and really beautiful at the same time.
I mean, who gets to play with Mike Watt and George Hurley? I do. I'm over the moon, head over heels, just having the best time of my life. 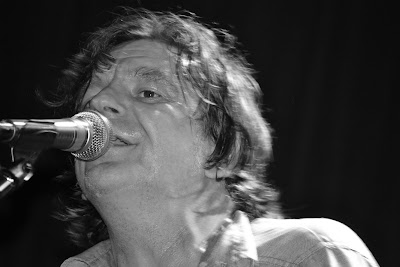 * Why now to get fIREHOSE back going again?

It's been 26 years since we started, 18 since we quit playing. We never broke up the band, really, so it was more of a question of, 'Why not?' It wasn't, 'Why?' And we all had time, which was really the deciding factor -- because Michael's got at least two bands, plus The Stooges; I got a band in Pittsburgh coming out with a new record, Food. You've gotta schedule this stuff a year ahead of time, now, wasn't like old days. It's not like we have to live in the same town anymore. We'll get together when we need to and carry on this beautiful legacy that D. Boon left us, really. 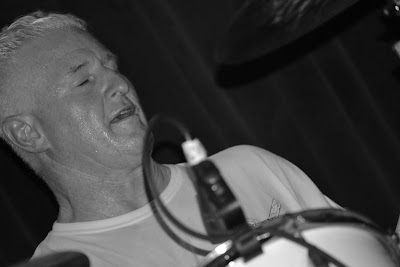 * Obviously, the whole set's gotta be exciting to play. Are there any real high points?

Several of them (songs) are going really well. We kind of cherry-picked the set as far as what we know we could do. We know there's some stuff that would just take too long to get tight enough to play live. We did kind of take some of the easier stuff, but probably like 'If'n' feels really great to play, because that's sort of the first mini-opera that led to Mike Watt's other operas. So, that's really cool. 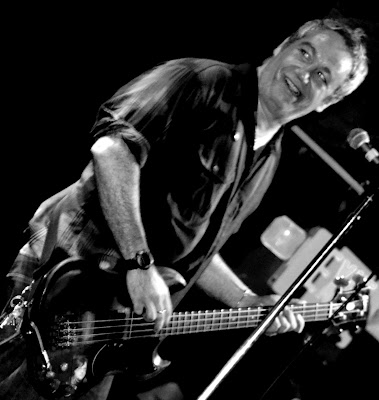 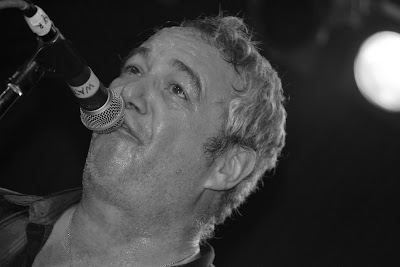 OF NOTE: We had given a sticker of this blog to Crawford, and when Cat went to give one to Watt, he grabbed it and signed it (as he had been signing so many things)."No, that was for you," Cat said, but okay, hell, we'll keep that.

Batter up: fIREHOSE 'baseball cards' from our collection, circa 1986 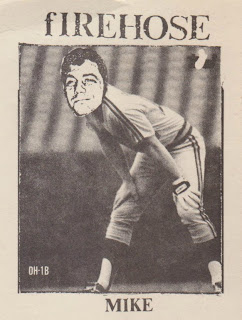 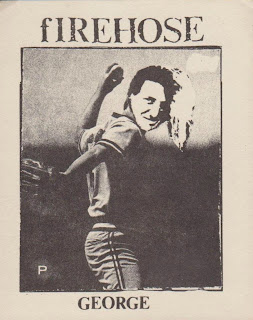 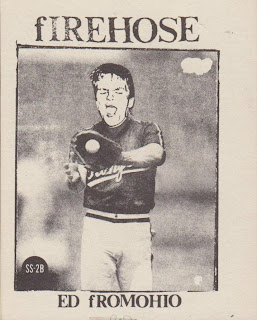