How to punk-ify a bathroom Got a plain, half bathroom that you're looking to liven up?

Why not make it a (clean!) punk-club powder room? That's the way we roll here in Seattle.

Here's how to achieve it:

* Paint the walls a dark color, like blood red in our case

* Funky mirrors are in order, as well as a flashy, glass-beaded chandelier

* Complement with cool candles and other knick-knacks, maybe even a skull...

And voila! You're set. 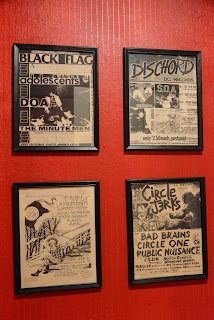 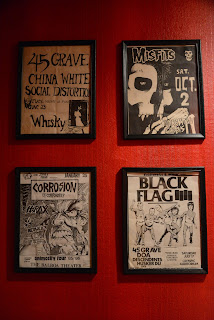 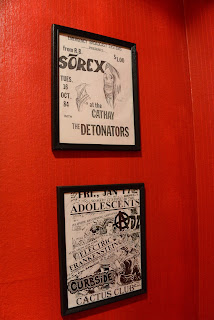 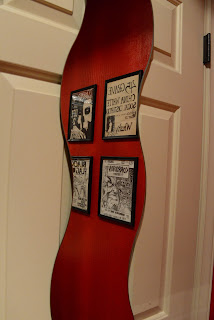 Sorex/Detonators, 1984 (Cat made Andy put up this gig notice of his band, Sorex)

*Didn't attend, but Andy saw them the night before