The Evens kick off tour in Seattle at the Vera Project

Who says you can't rock a baritone guitar?

... while sitting on a stool, in a mellow setting with a pair of lamps on stage and a drummer, who not only beautifully sings but pounds the skins pretty tough, as well.

That's The Evens for you: Ian MacKaye and Amy Farina, guitar and drums, respectively, who poured on a ton of soft to loud vocals and insightful messages into their Fugazi-esque tunes. Once you've settled in to watch this duo, you're locked in -- there's no turning back.

Last night, Washington DC's MacKaye and Farina took center stage at The Vera Project in Seattle on the first night of their seven-date West Coast tour. 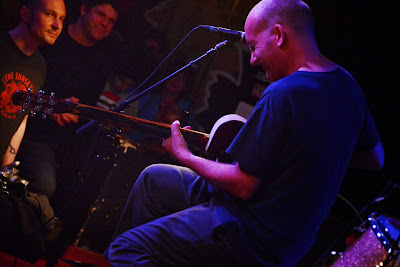 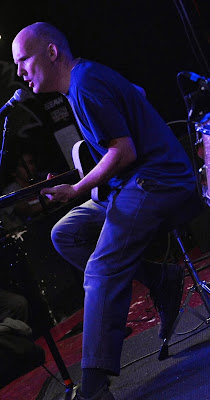 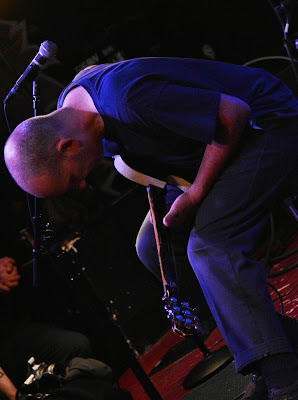 An appreciative crowd was on hand, including Pearl Jam's Eddie Vedder. When MacKaye started frenetically strumming his guitar at the start and bobbing his head and lurching his body back and forth, Andy told photographer Cat: "He's going off!" Vedder looked our way and nodded in approval.

Speaking of MacKaye's chair, it was almost as if his pants were sewn to it. As much as he seemed to want to rise from it and kick it away during intense moments, MacKaye clung to that chair as if he had vowed to stay faithful to it. At one point, the chair tilted forward and we thought he might fall, but he tightened his left leg to steady himself while not missing a beat. 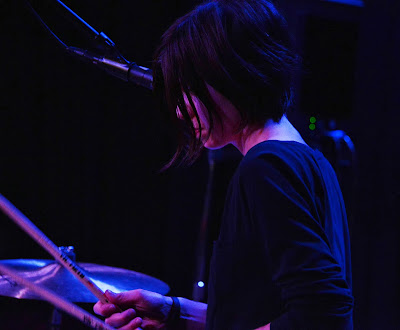 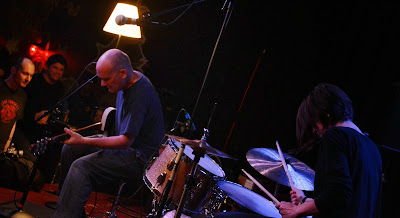 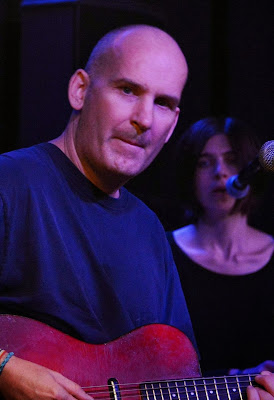