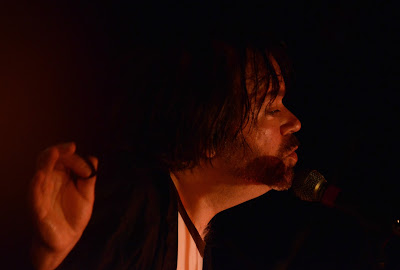 Like a perfect, medium-rare filet mignon matched with a stellar Syrah red wine ..... DOA and the Fastbacks teamed up for a killer punk rock feast on Friday night at El Corazon in Seattle.

Along with some Cat Rose pics, we've added some brief interviews with fans of the bands.

Shayne Williams from Vancouver, BC, has been a DOA fan for 25 years and first saw them in 1987 in Vancouver:

"(I like the) energy, the message to really question what's around ya. It's intelligent and rebellious and it's just fuckin' enjoyable, man. It's beautiful music and I'm an avid fan.  We heard this might be the last time Joey's playing down here, so I had to check it out."

"(They) mean a lot to me, they were my favorites for a long, long time. I discovered them in about 1990-1991, and I just kind of came across them one night seeing them at a show here, actually, the night before Thanksgiving at this same club when it was the Off Ramp. The next time I saw them again at the RKCNDY warming up for the Buzzcocks around '91 and then they were just my band after that.

"It's just a great band. They're not trying to fulfill an image or anything. These guys are just kind of music nerds playing music they wanna play. They're just great pop songs and they resonate with me. I've loved them since then and I've never really gotten over them." 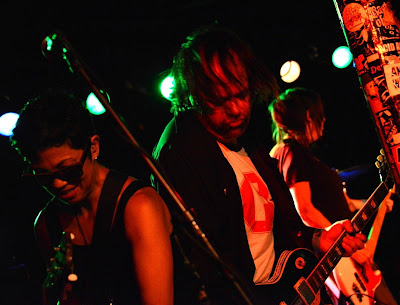 Gordon Kelly Jr. has been following DOA since he heard "Hardcore '81" in junior high:

"(I like) the hardcore sound that they've got... it was a kick-ass show, I had a great time. (The message) has always been positive, I've never had to second guess anything I've ever heard out of their music."

"Honestly, they kind of mean everything, that's my favorite band, even though they're out of my age range. They got me through a lot of finals in college. Even though a lot of the lyrics are depressing, Kim and Lulu's vocals always seem to pick it up and creates an uplifting feel to it. I have little kids and they love them and they recognize the Fastbacks." 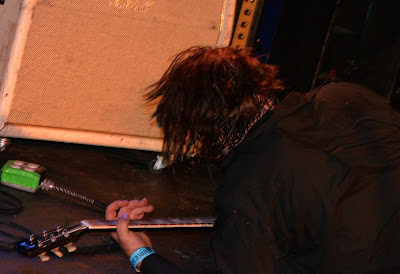 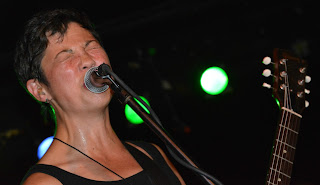 In closing ... here's Joey, like a true politician, giving this kid a lift. 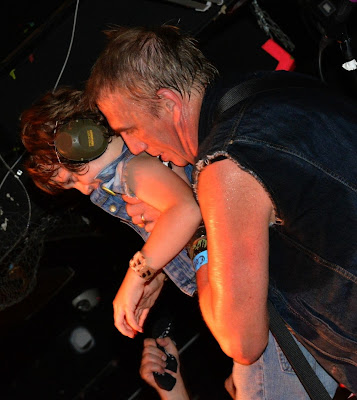