Singing along with 7 Seconds 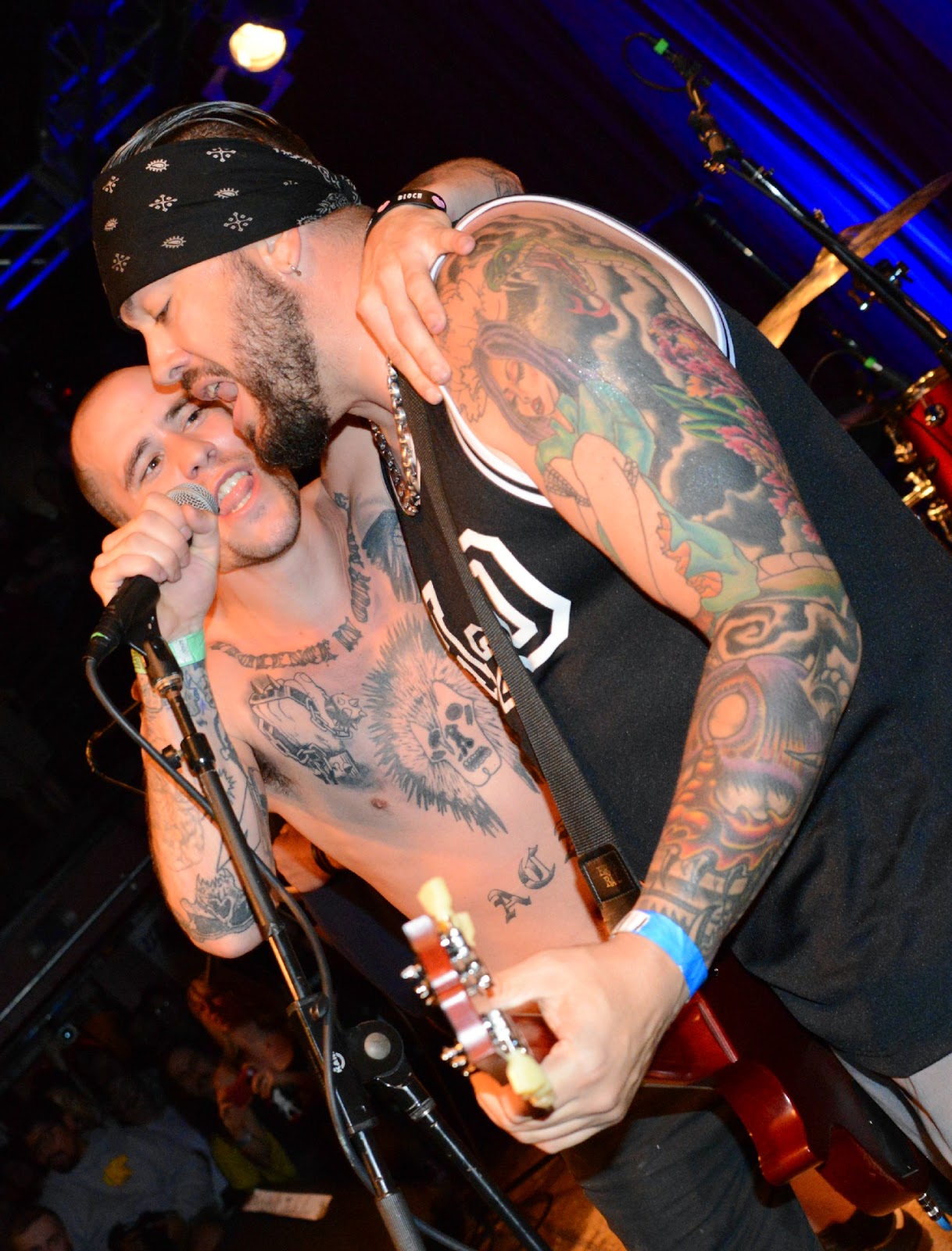 As the guy in front reached up onstage and pulled the microphone stand down into the crowd last Saturday in Seattle, I couldn't help but smile, shake my head and sing along to myself while 7 Seconds ruled the night.

You see, I did the same thing about 32 years ago when I first saw the band play at Lazarro's Ballroom in Los Angeles alongside Social Distortion, Youth Brigade and SVDB.

While the Reno trio of Kevin Seconds, Steve Youth and Troy Mowat launched into "Racism Sucks," another punk and myself grabbed Youth's mic stand, lowered it to our mouths and sang every word with Seconds. Youth bent down to sing with us in spots and seemed to approve of our vocalizing -- and was OK with our "thievery." At age 15, that was a cool moment for me and I got some nods of approval from our crew. (Per usual, my brother Ed was in the 7 Seconds live photo from that gig in Flipside, just like he was in live pics with Minor Threat and in BAM magazine with the Bad Brains and Henry Rollins … so, I got my shot for once!) 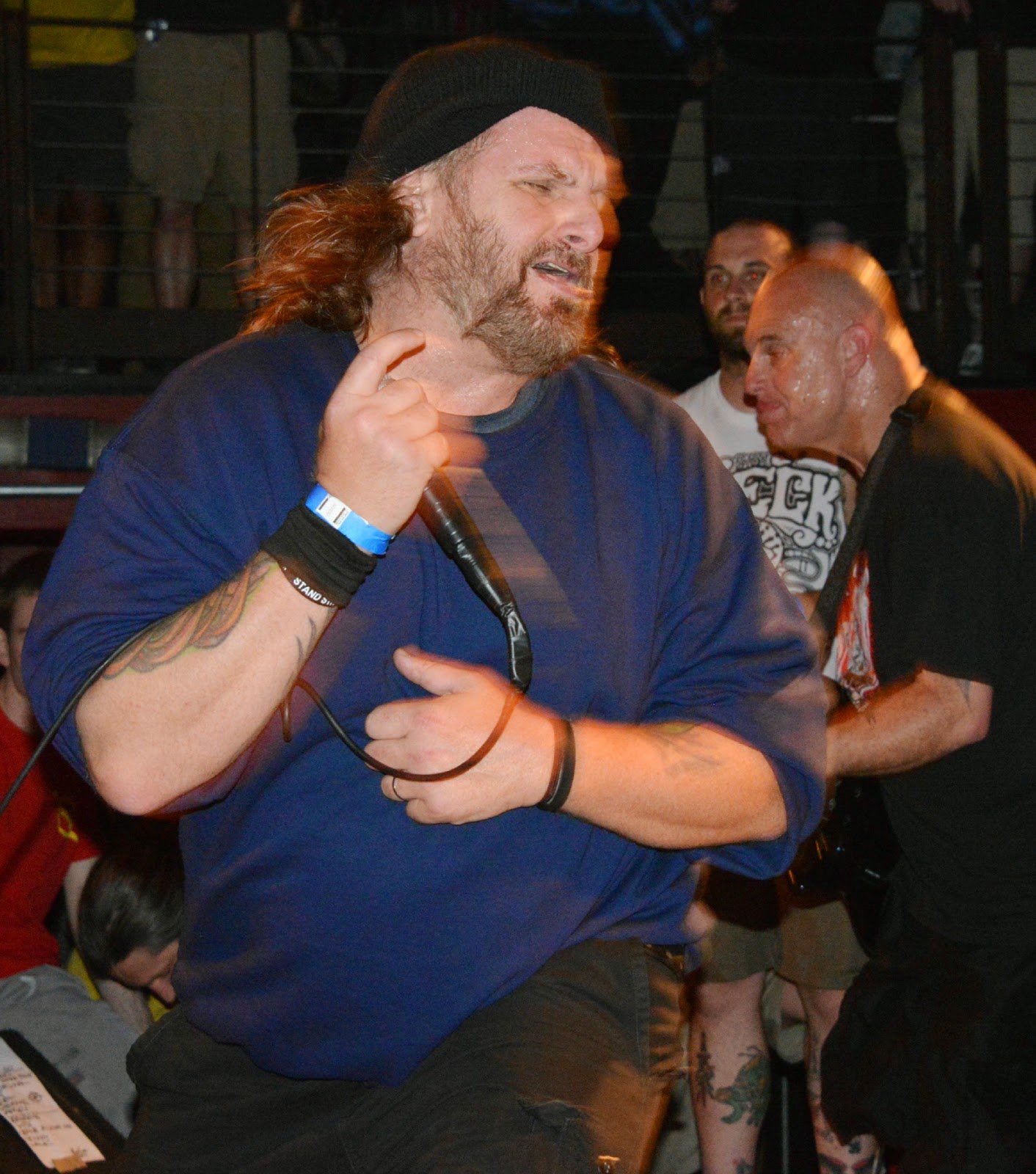 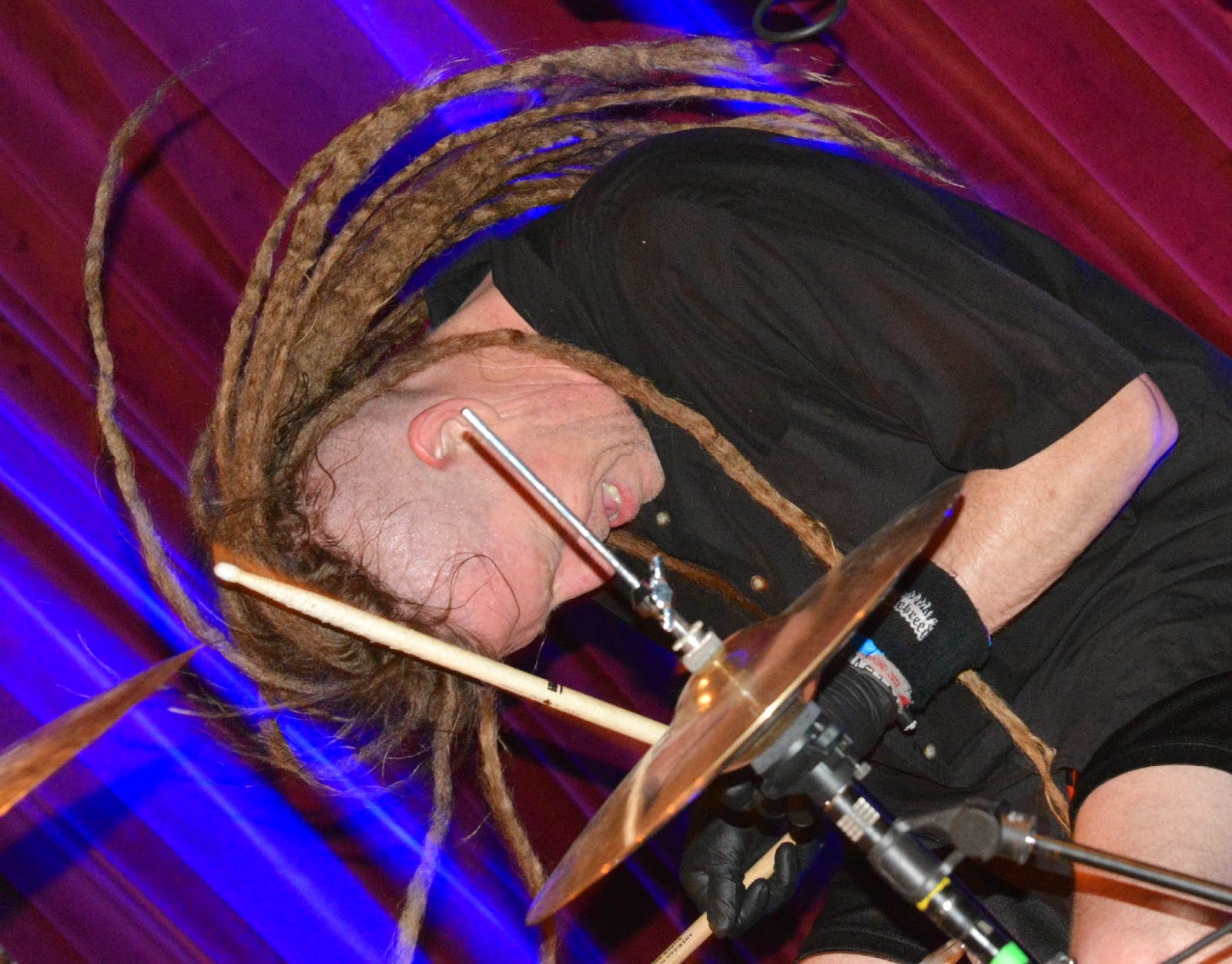 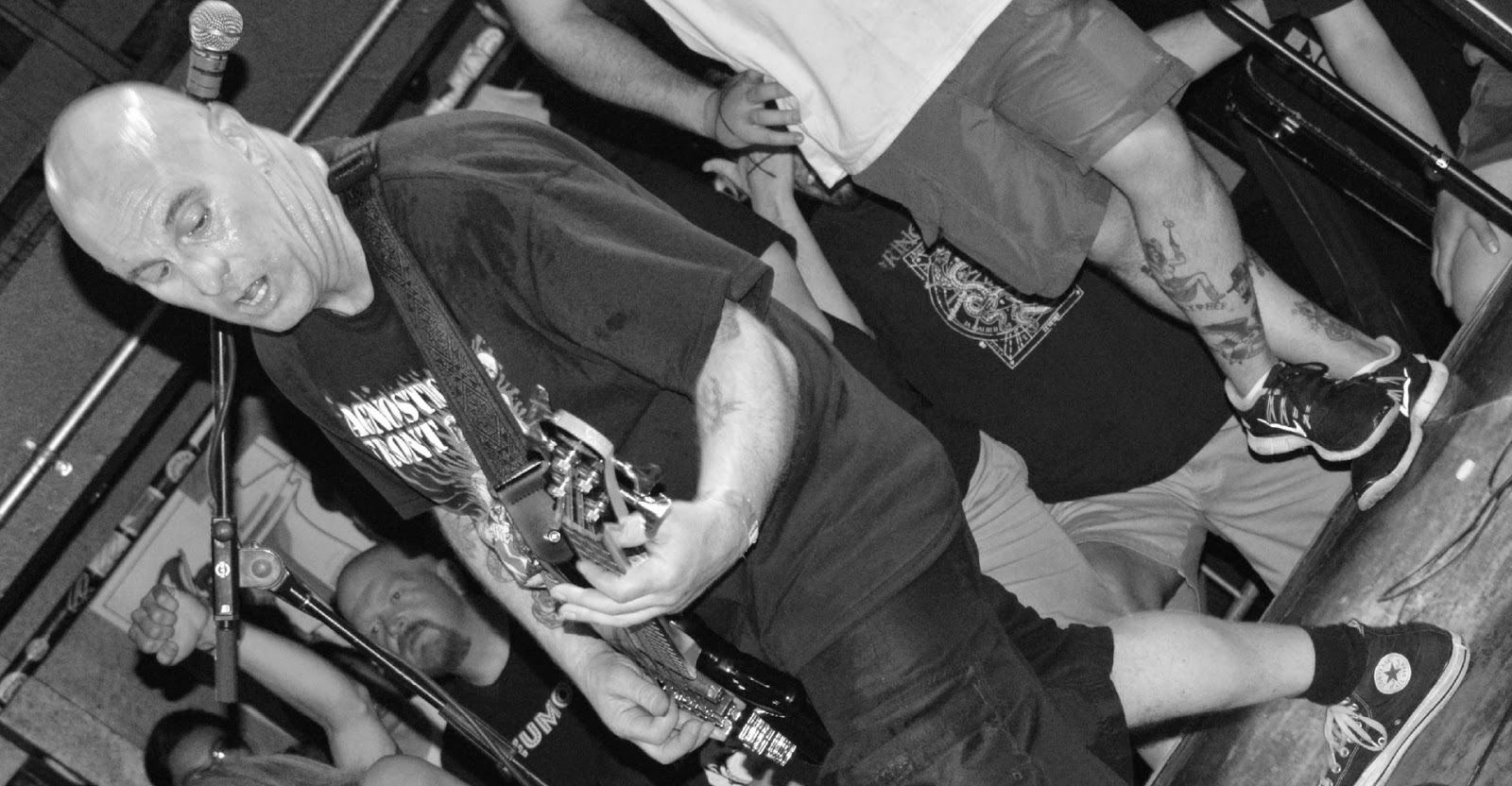 7 Seconds has been through many changes, music-wise and personnel-wise, over the years and I've stuck with them the whole way. I told Seconds backstage in Seattle that Cat and I celebrate their whole catalogue (as said about Michael Bolton in "Office Space") and the singer laughed and gave us a thank-you clenched fist in the air.

The band's hardcore fare is always addicting -- as evidenced on the solid, inspirational new album "Leave a Light On" (Rise Records) -- but I'm a sucker for their more rock-styled tunes, as well. In fact, when my band Sorex played with 7 Seconds in 1985 in Sparks, Nev., I remember hearing "Catching" for the first time and being stoked on it. Same thing happened when they played "Leave a Light On" in Seattle with longtime guitarist Bobby Adams alongside the aforementioned trio. It's another non-stage-diving and calm-the-slam-pit-down song that has you humming along, but still floors you with just as much intensity as the hardcore anthems. 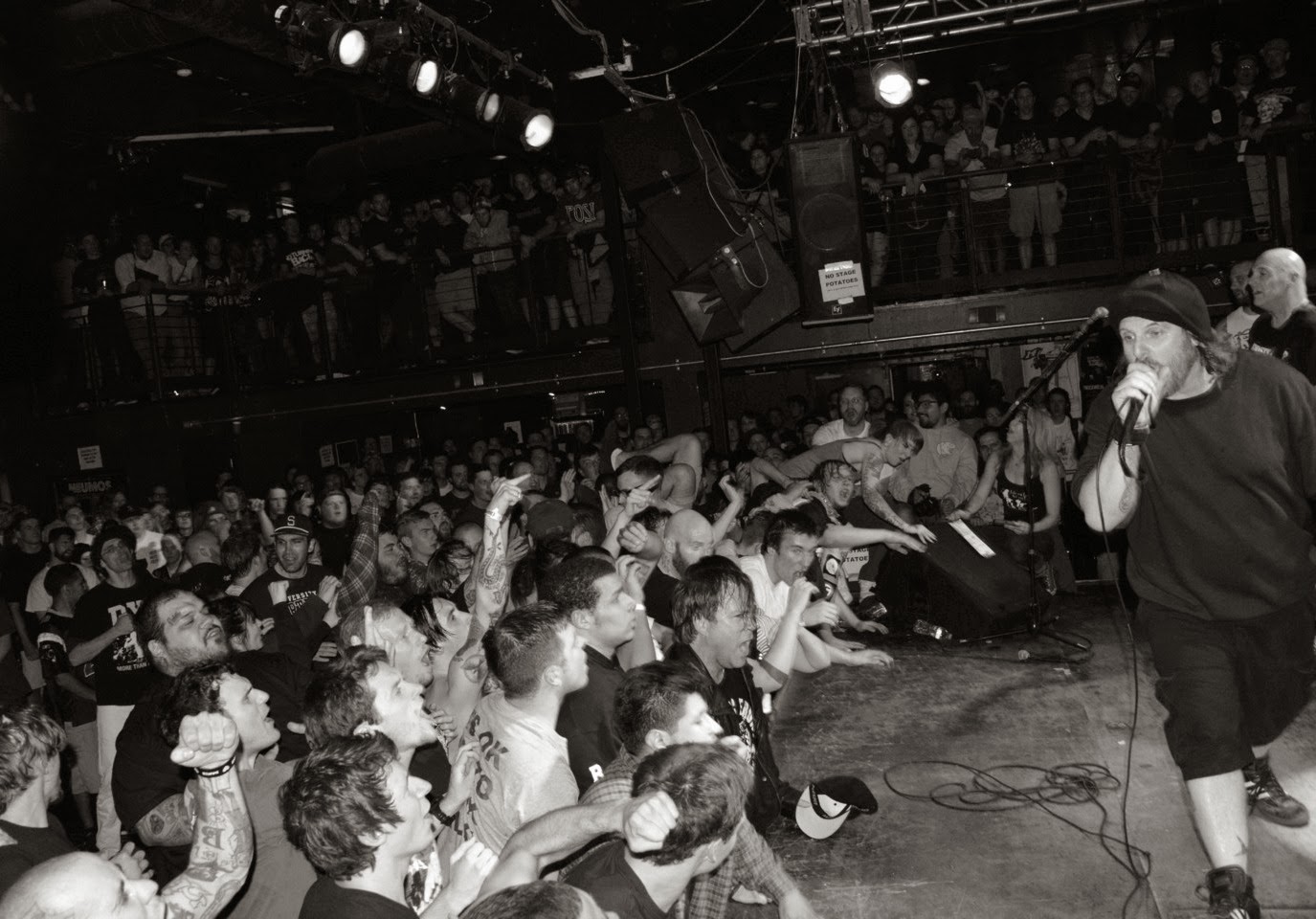 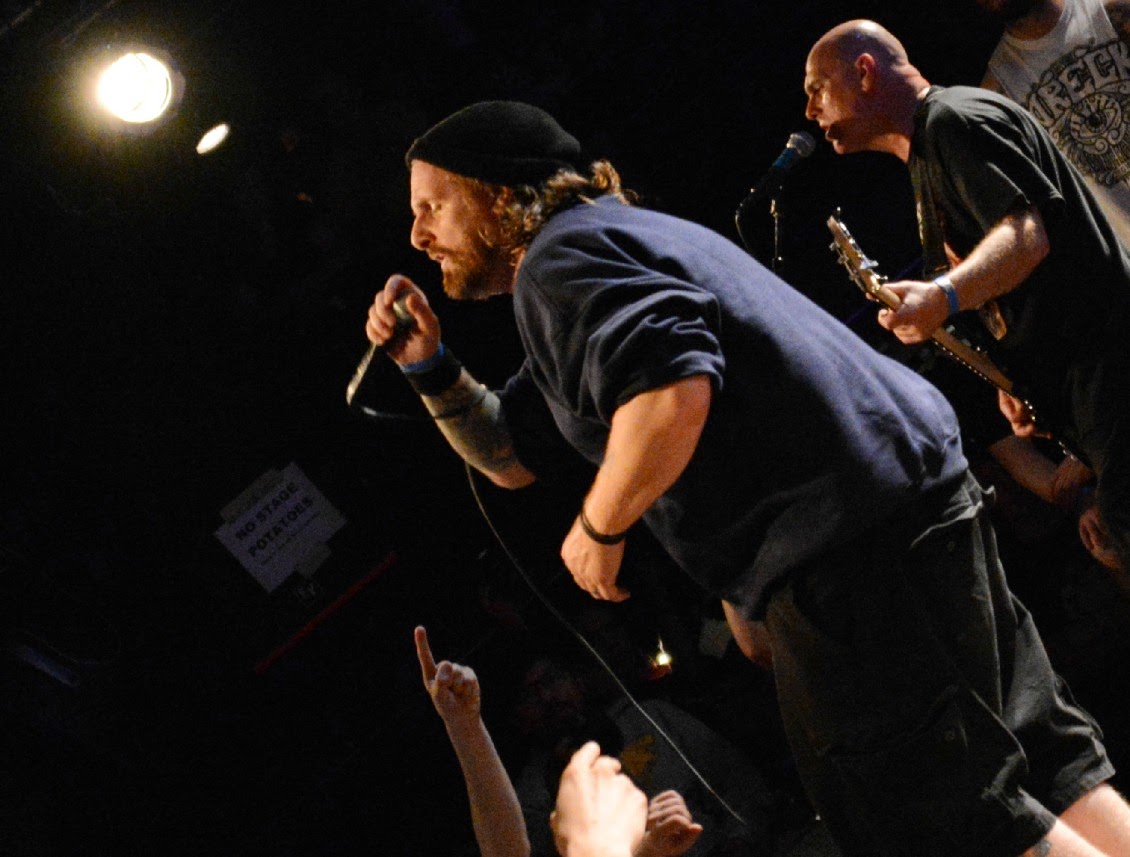 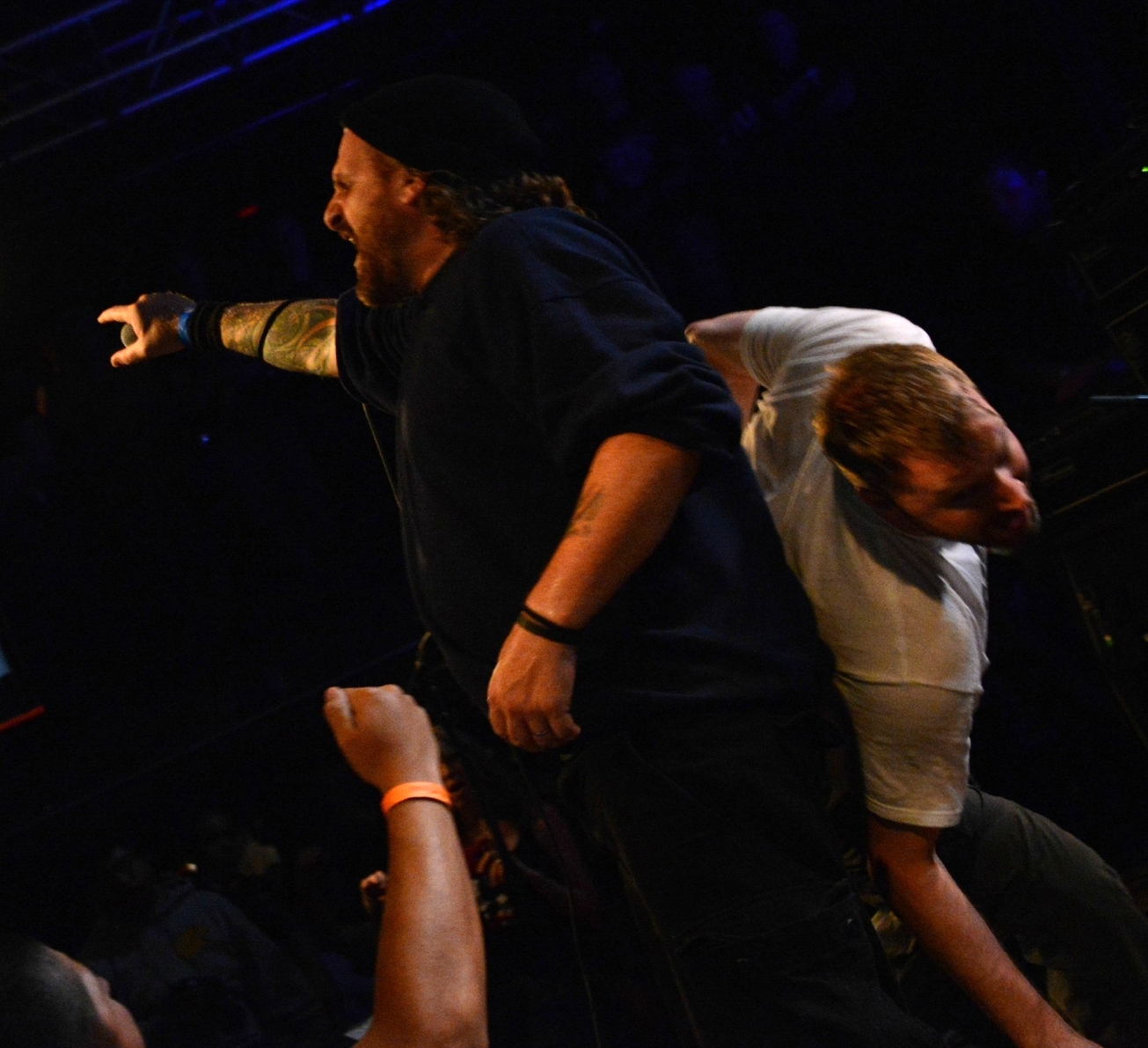 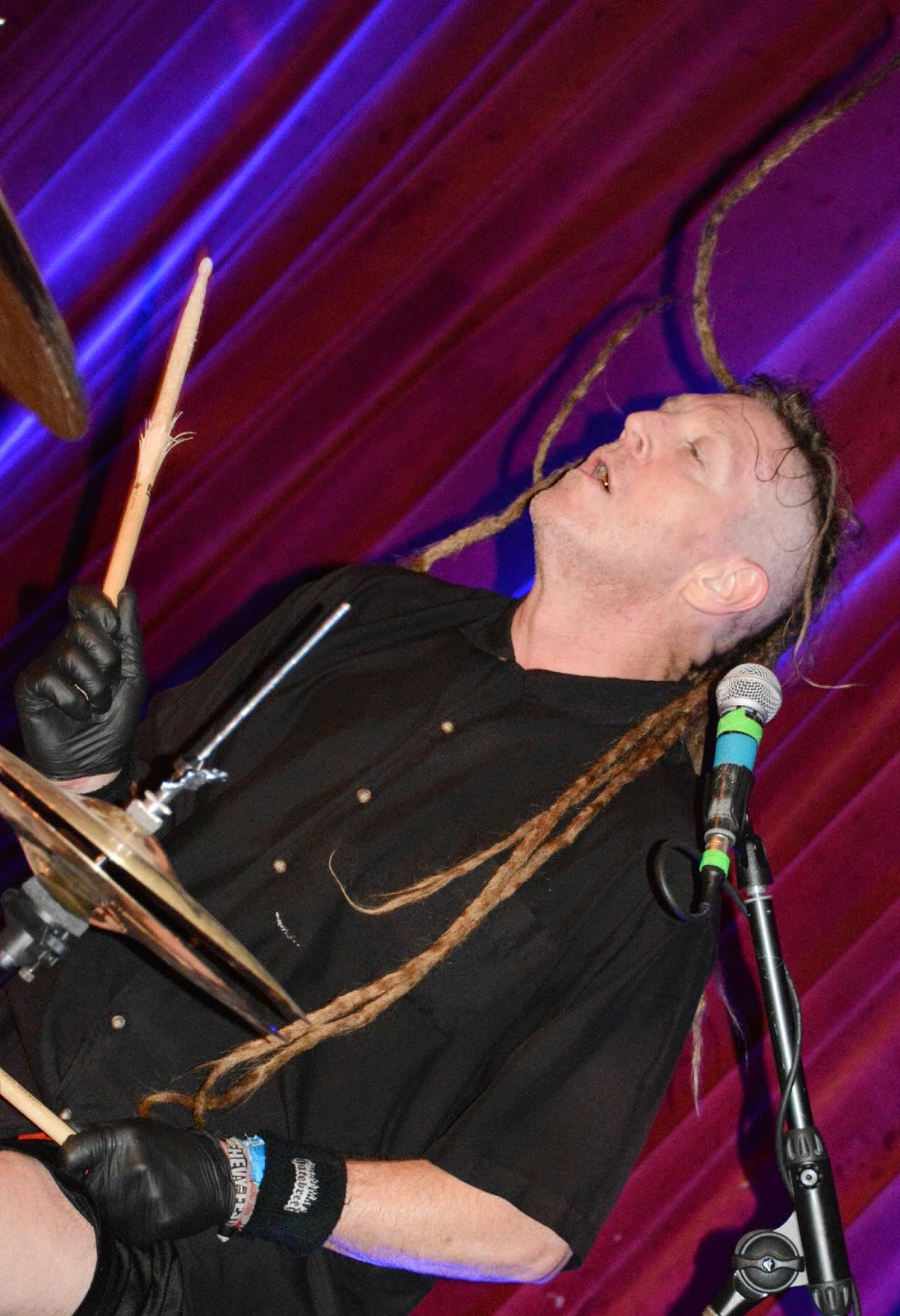 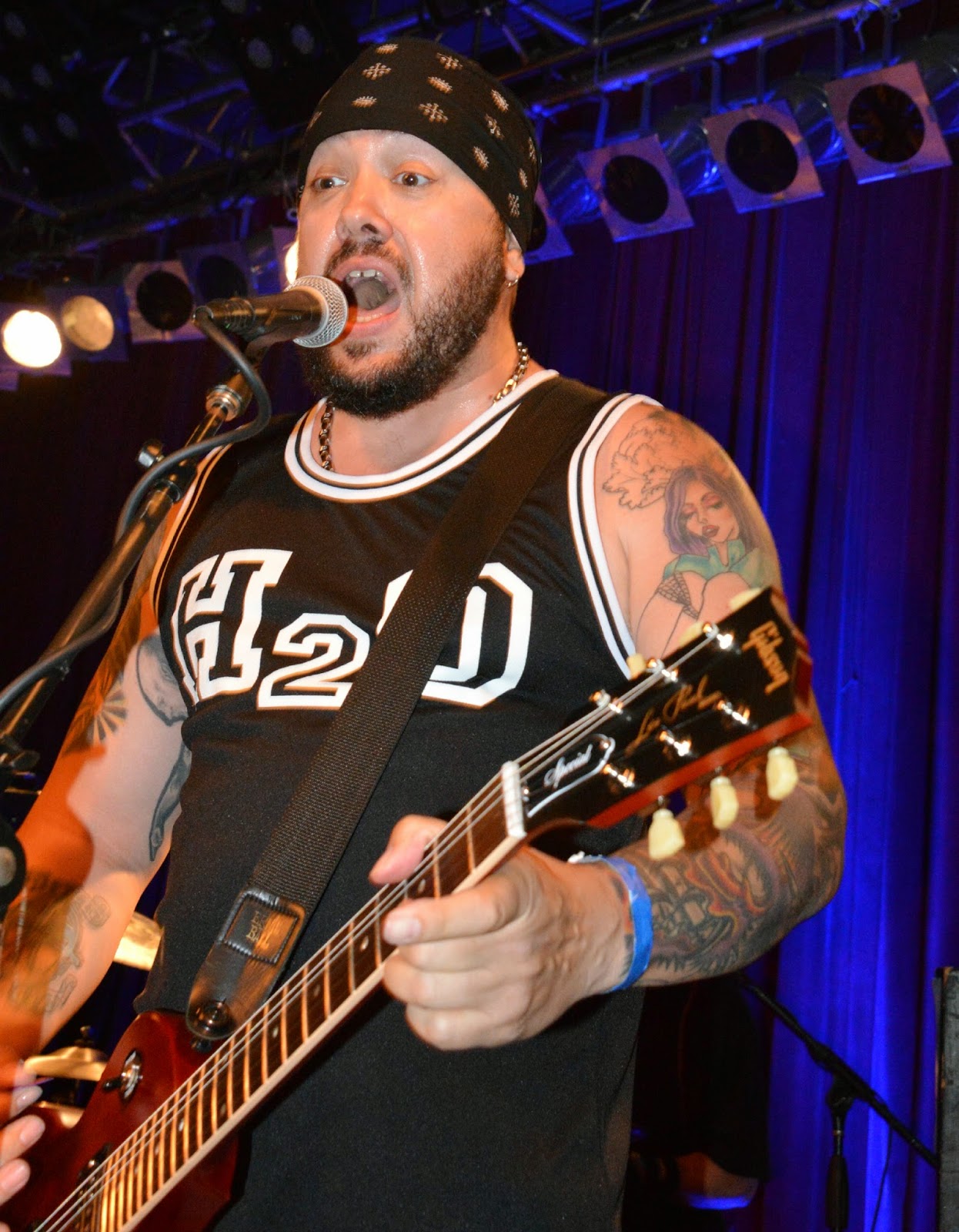 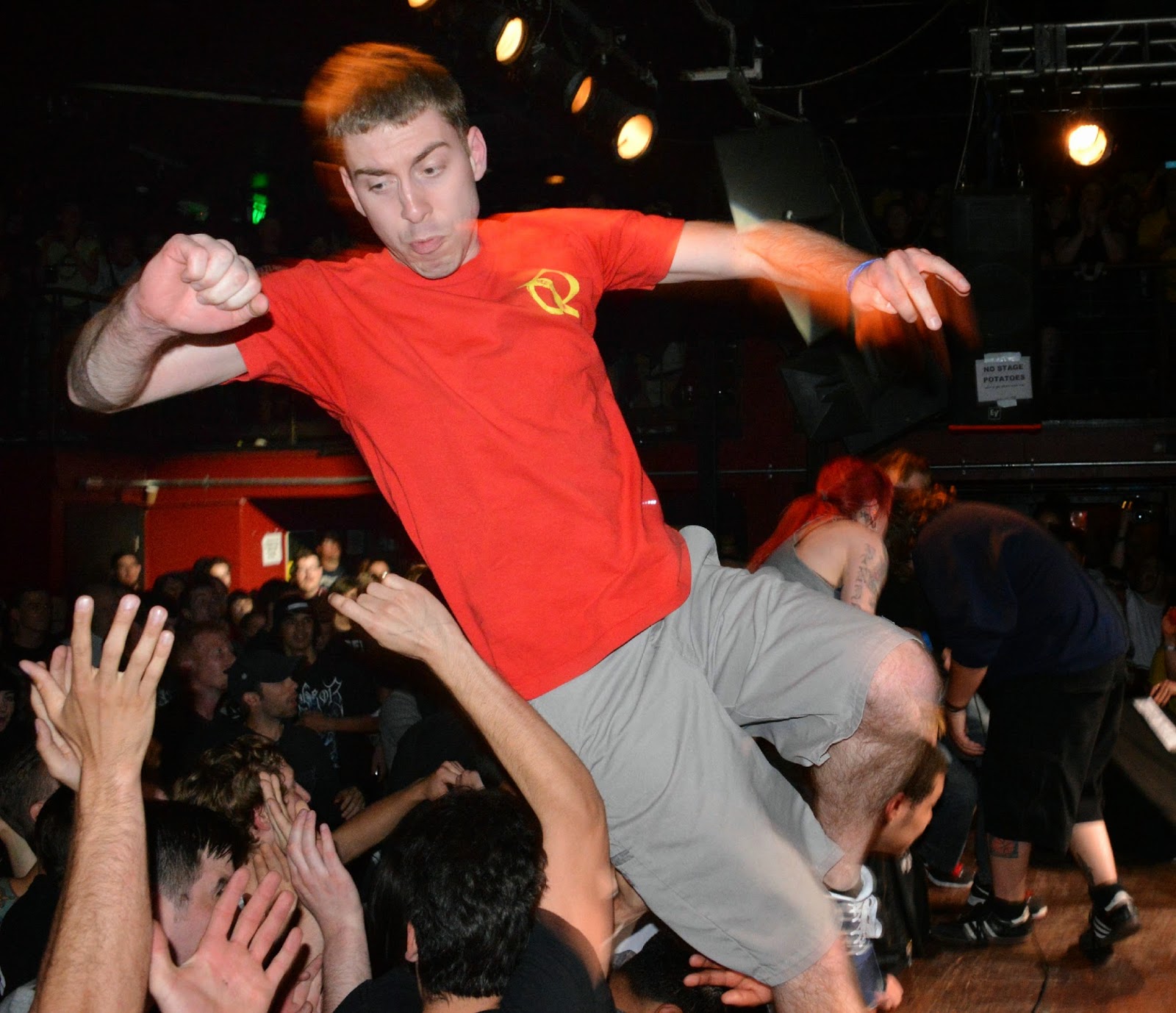 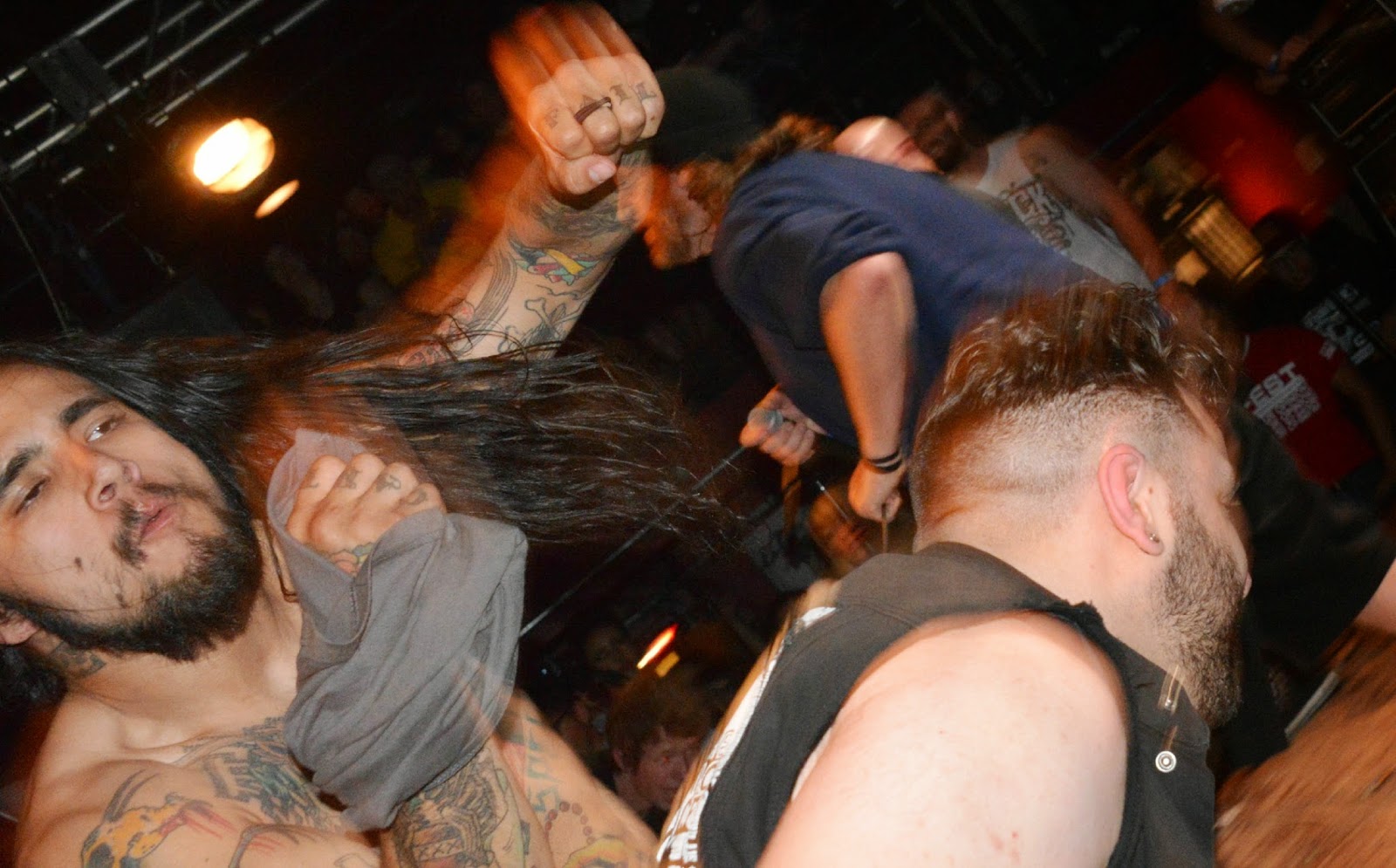 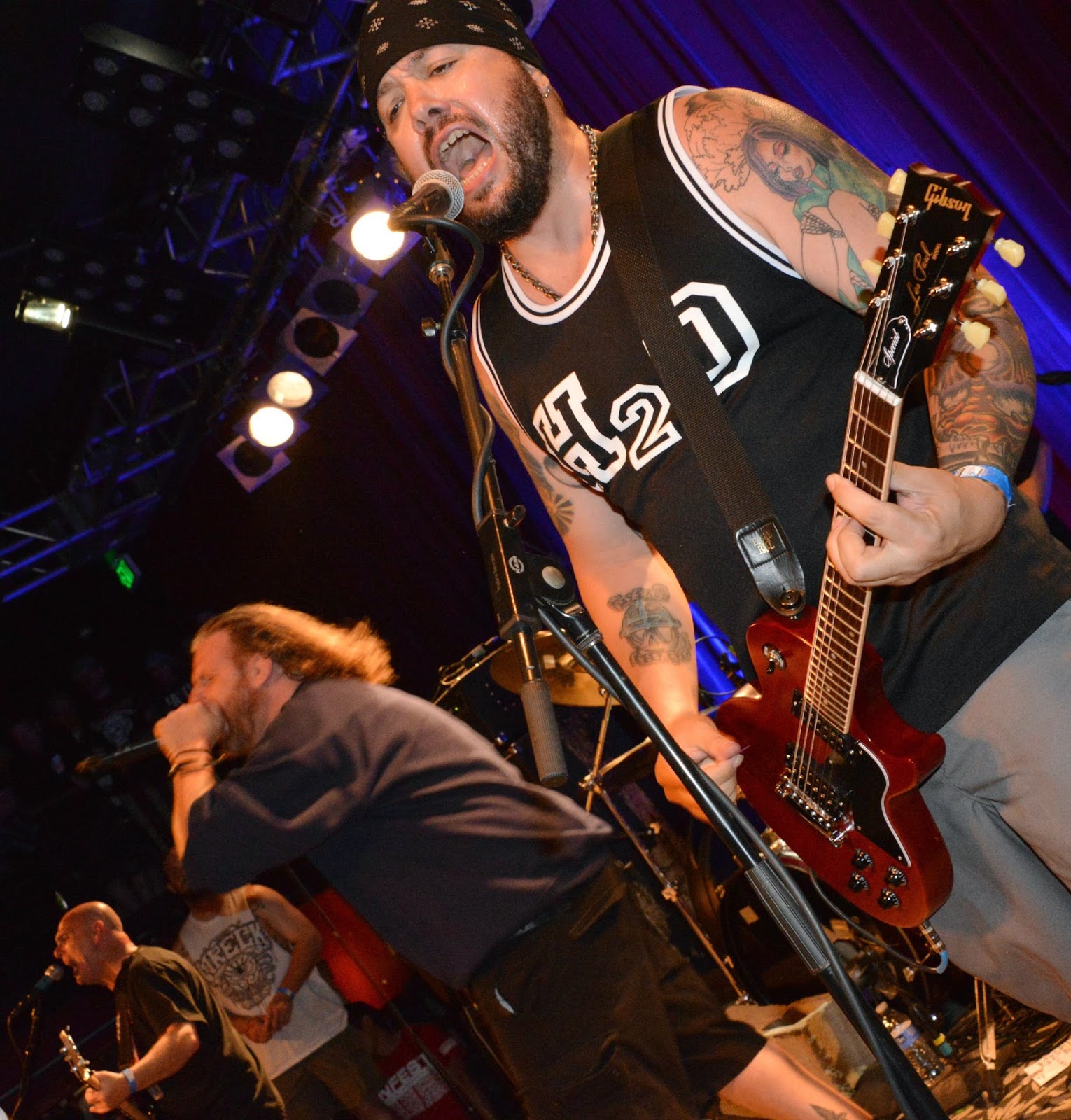 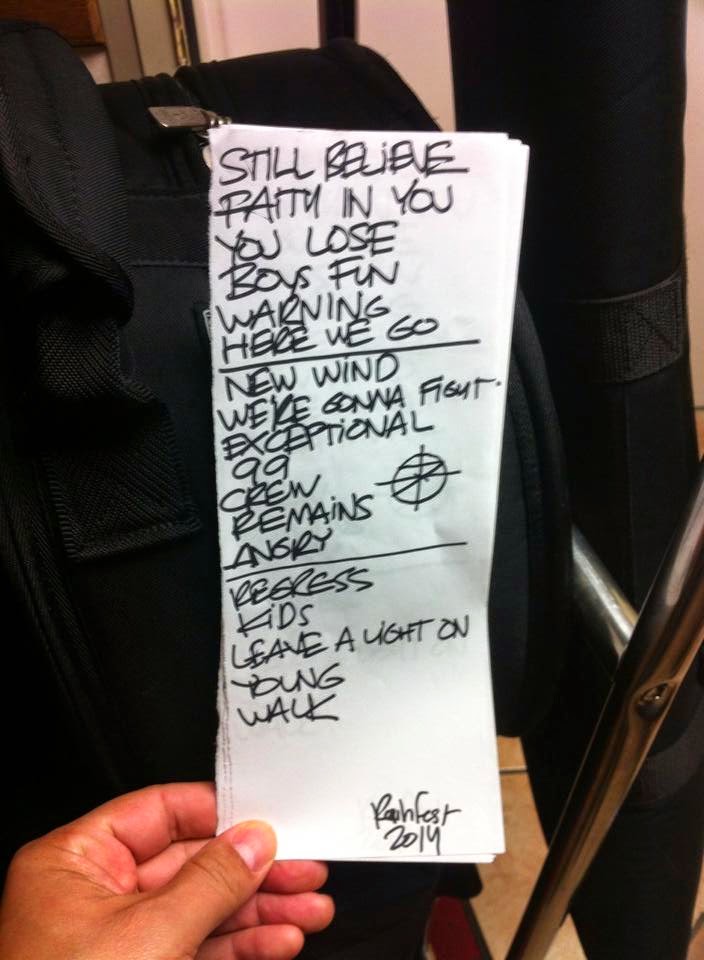