Before All Eyes West hammered out its first chords, guitarist Jeff Dean stood at stage left, his hands and legs fidgeting a bit. It was a somewhat calm before the storm.

And then once the Chicago band's opening song kicked in, Dean was unleashed, leaping off the stage and becoming one with the crowd as vocalist/bassist Justin Miller and drummer Ronnie DiCola blasted away behind him. The small crowd stepped back and gave Dean room to rage, and he used the floor to his advantage -- running, jumping, head-shaking and arm-wielding his way through the band's ferocious set of indie/HC tunes that also packed a melodic punch.

All Eyes West is as tight a unit as you'll find today and they opened the crowd's eyes and gained some new followers during their set at The Kraken Bar & Lounge in Seattle on May 12 alongside Black Theory, Jonny and Mikey and Foxhole Norman.

Check this band out! That is all. 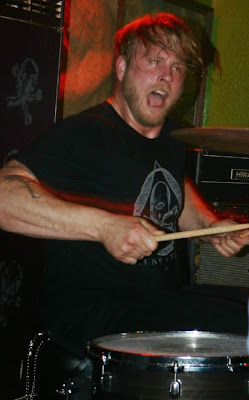 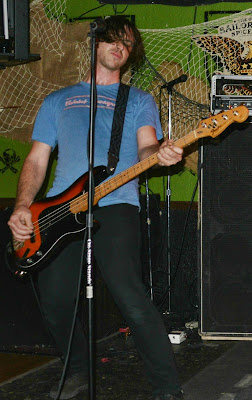 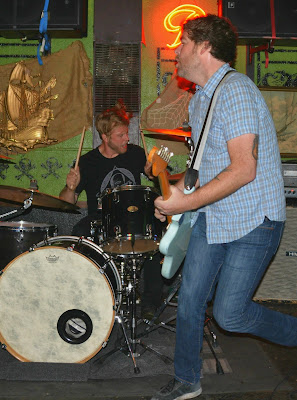 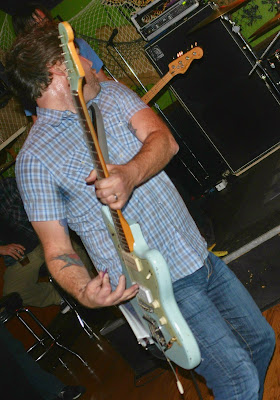 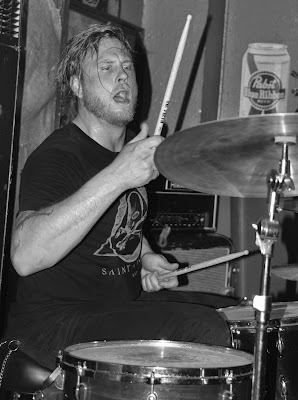 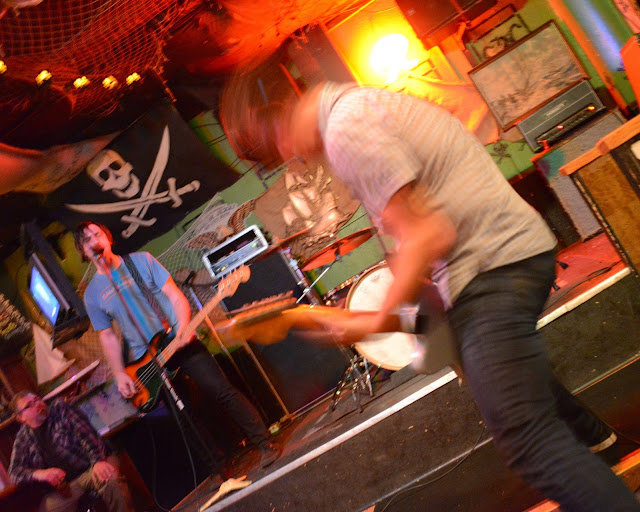